How preachers turned faith into a sleazy business 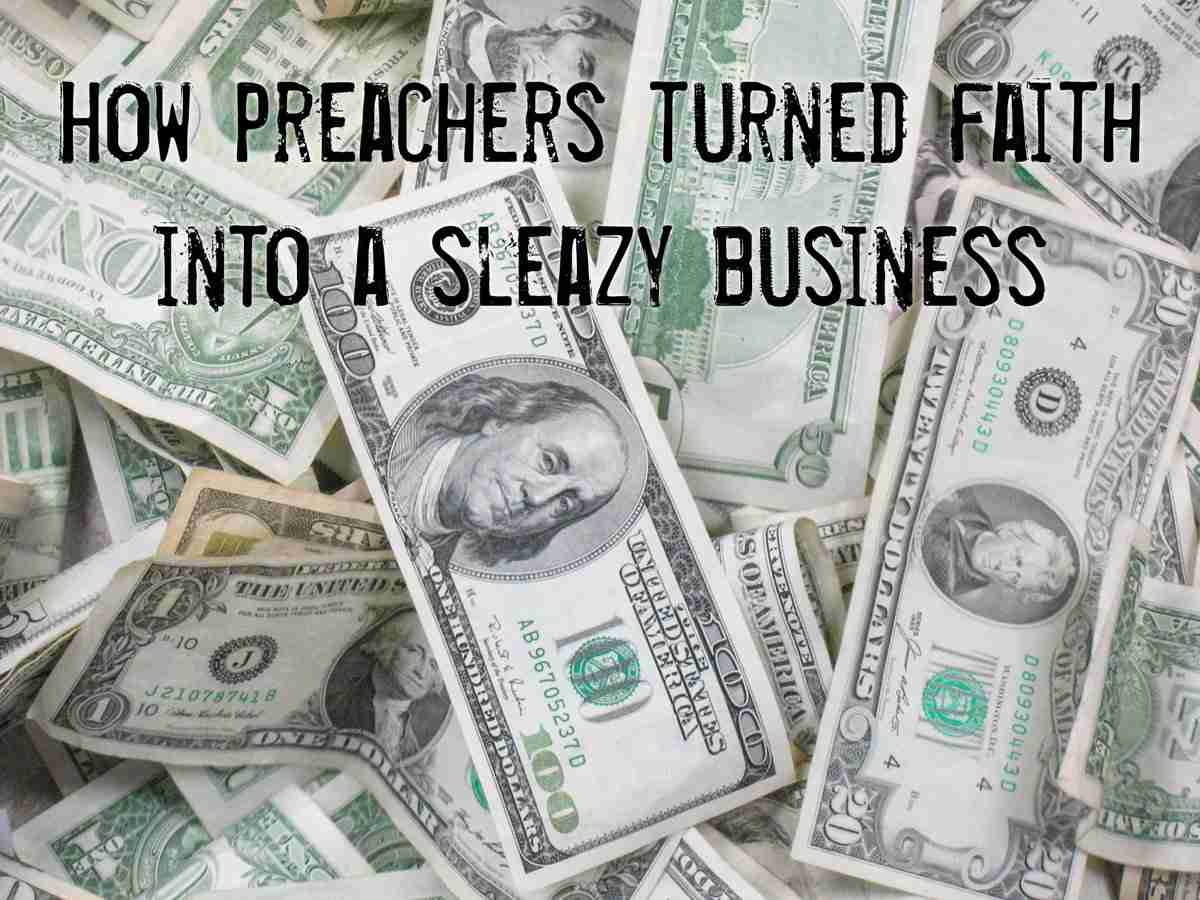 Among sleazy occupations, is anything worse than big-money evangelists with their private jets, garish diamonds, piled-up hairdos and $5,000 suits?

A new book, PreachersNSneakers: Authenticity in an Age of For-Profit Faith and (Wannabe) Celebrities, exposes TV pastors “who get rich off of preaching about Jesus.” It’s written by Ben Kirby of Texas, a born-again Christian who watched gospel television and noticed that many leaders flaunted outlandishly expensive clothes and shoes designed for the superwealthy. He posted his findings on Instagram and drew 200,000 viewers. Now he has turned it into a book.

A Washington Post article states: “In 2019, Kirby posted a picture of Pastor John Gray wearing the coveted Nike Air Yeezy 2 Red Octobers, selling at the time on the resale market for more than $5,600.”

Astounding. What kind of narcissist pays $5,600 for a pair of shoes? The Post adds:

More than a century ago, sociologist Thorstein Veblen coined the term “conspicuous consumption” for the flagrantly rich who paid glaring sums to show off their wealth. It became a popular label of contempt.

When preachers do it, there’s a double reason for contempt because evangelist money comes from gullible believers who are sold a fantasy of make-believe. The megachurch message says an invisible god will reward worshippers (donors) in an invisible heaven after death — and burn others in hell. Intelligent, educated, modern people know this is a fairy tale. Religion isn’t true. Its purveyors commit a form of fraud.

There’s nothing more sleazy than a huckster wearing $5,600 sneakers paid for with money from naïve believers.

This article is adapted from a piece that originally appeared at Daylight Atheism on April 5, 2021.

James A. Haught, syndicated by PeaceVoice, was the longtime editor at the Charleston Gazette and has been the editor emeritus since 2015. He has won two dozen national newswriting awards and is author of 12 books and 150 magazine essays. He also is a senior editor of Free Inquiry magazine and was writer-in-residence for the United Coalition of Reason.
All Articles by this author
PrevPreviousBiden’s Easter column has exclusionary undertone
NextLet’s celebrate World Health Day with secular valuesNext