How I once debated the late (not great) Cardinal George Pell 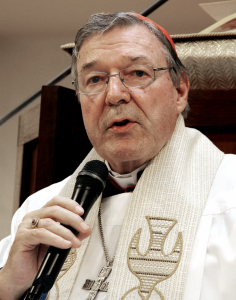 Since losing faith in faith and becoming a spokesperson for the Freedom From Religion Foundation, I’ve participated in 138 public debates over religion. (I will do No. 139 in Florida in February.) I’ve debated Christian theologians and apologists, rabbis and Islamic scholars. I even did eight debates with Dinesh D’Souza (whom I no longer associate with), plus many rank-and-file preachers and evangelists. But one of my most unexpected encounters happened in 2010, when I was invited to debate Cardinal George Pell in Australia on the very silly topic of “Without God, we are nothing.”

Pell, 81, former Archbishop of Sydney who became a cardinal who served as the Vatican treasurer, died on Jan. 10, reminding me of that odd debate and the sorry saga of this high-ranking Catholic.

At the time of our debate, there had been allegations of cover-up and negligence, in addition to rumors against him that went nowhere. However, in 2018 he became the most senior Catholic official to be convicted of child sex abuse. The conviction was overturned in 2020, but questions linger. As bishop, Pell obviously knew of child sexual abuse by clergy starting in the 1970s. In 2016, he refused to return to Australia to testify to a royal commission in person regarding allegations against him, which is why atheist and songwriter Tim Minchin wrote his memorable song, “Come Home, Cardinal Pell.” Later that year, Pell was accused of exposing himself to young boys in the 1980s and then was found guilty. While out on bail, the Vatican offered him a sinecure, to serve as treasurer in Pope Francis’ Council of Cardinals. In March 2019, he was sentenced to six years in prison, serving about 400 days before the high court dismissed his charges in 2020. [See timeline of Pell’s life.]

When I debated George Pell, he was still Archbishop of Sydney. That debate was broadcast live on ABC Radio (Australian Broadcast Corporation). You can watch it here, or listen to the audio here.

In my book Life Driven Purpose, written before Pell moved to the Vatican — apparently to escape legal action — I include this passage:

During my very first visit to Australia — in fact, my very first day, the morning after I arrived in Sydney in March 2010 — I debated Cardinal George Pell at MacQuarie University on the topic of “Without God, we are nothing.”

Pell is the Roman Catholic Archbishop of Sydney, and as a member of the College of Cardinals, he would be in the running to become the next pope. If anyone is an expert in the faith, it would be “His Eminence Cardinal Pell.” (I couldn’t bring myself to use that title: he called me “Dan,” so I called him “George.”) During the debate, he used the word “spirit” and “spiritual” a number of times, so during cross-examination, I asked him this question:

Dan: “Can you define for us, using positive terms, what is a ‘spirit,’ and how that would differ from nothing at all?”

George: “I just said that I can’t define ‘God,’ but I can say something useful about ‘spirit.’ I believe in the reality of love. I believe it’s a spiritual quality. I believe honor is something that is real. Disgrace is real. Forgiveness is real. Something spiritual is invisible, but sometimes it can be very powerful. The love of a husband and wife, the love between parents and children, they are probably the most important realities in many people’s lives. They are spiritual realities.”

Dan: “Let me follow up. I can define all of those things, like love, family, and feelings, in purely natural terms, as functions of an organism. But why were you not begging the question by saying that the definition of ‘spiritual’ is love, which is spiritual? I want to know what it is. Does it occupy space? Does it occupy time? Does it have a weight? Can you measure it along a dimension? How would you know that your ‘spirit’ is not just a concept as opposed to an actually existing thing in reality?”

George: “Well, you can’t measure a spirit. It is certainly not material. But the examples that I have given are very real and very powerful. Once there was an Australian poet who said that sometimes people can be at a concert and be like dogs at a concert. They hear every sound but have got no understanding of the music, because the music is something that is spiritual and beautiful and real. They can’t be reduced. They are connected with physical activities, but they can’t be reduced to those physical activities.”

So I’m a dog, but I take that as a compliment.

The topic of Pell’s alleged sexual abuse of children did not come up during that debate — if I had raised it, that might have amounted to ad hominem. But everyone in the audience, especially the atheist students, knew of the charges. When Pell spoke of “the love of a husband and wife, the love between parents and children,” he neglected to include the “love” of a priest for the children of his parish. He also admitted that “disgrace is real,” but I doubt he was talking about himself. He would not have known that after his death, Australia refused to give him a state burial.

Annie Laurie Gaylor, in her early book on Catholic crimes against children, Betrayal of Trust: Clergy Abuse of Children (the first nonfiction book on the topic, published in 1988 by FFRF), describes the sinister tactics of priests and ministers who pray, and prey, using the prestige and power of their position to groom victims. I think that is the real problem — the fact that we even have clergy, an allegedly special caste of actors (mostly men) who expect to be viewed as “above” the rest of us in an insulated and often untouchable class. This unnatural hierarchy of unearned respect creates a dangerous dynamic between shepherd and sheep. “The privilege, prestige and power of pedophilic priests and pastors has been maintained at the expense and pain of children, who may suffer all their lives because of this betrayal of trust,” writes Annie Laurie. “People should withdraw support from any religious institution which has harbored molesters or neglected or mistreated victims.”

After the debate was over — during which I had challenged the greatness of Mother Teresa and affirmed a woman’s right to control her own reproductive future — the organizers called us participants together to take a group photo, as we had earlier agreed. But George Pell walked away, saying, “I don’t want my picture taken with that man.”

Again, I take that as a compliment. 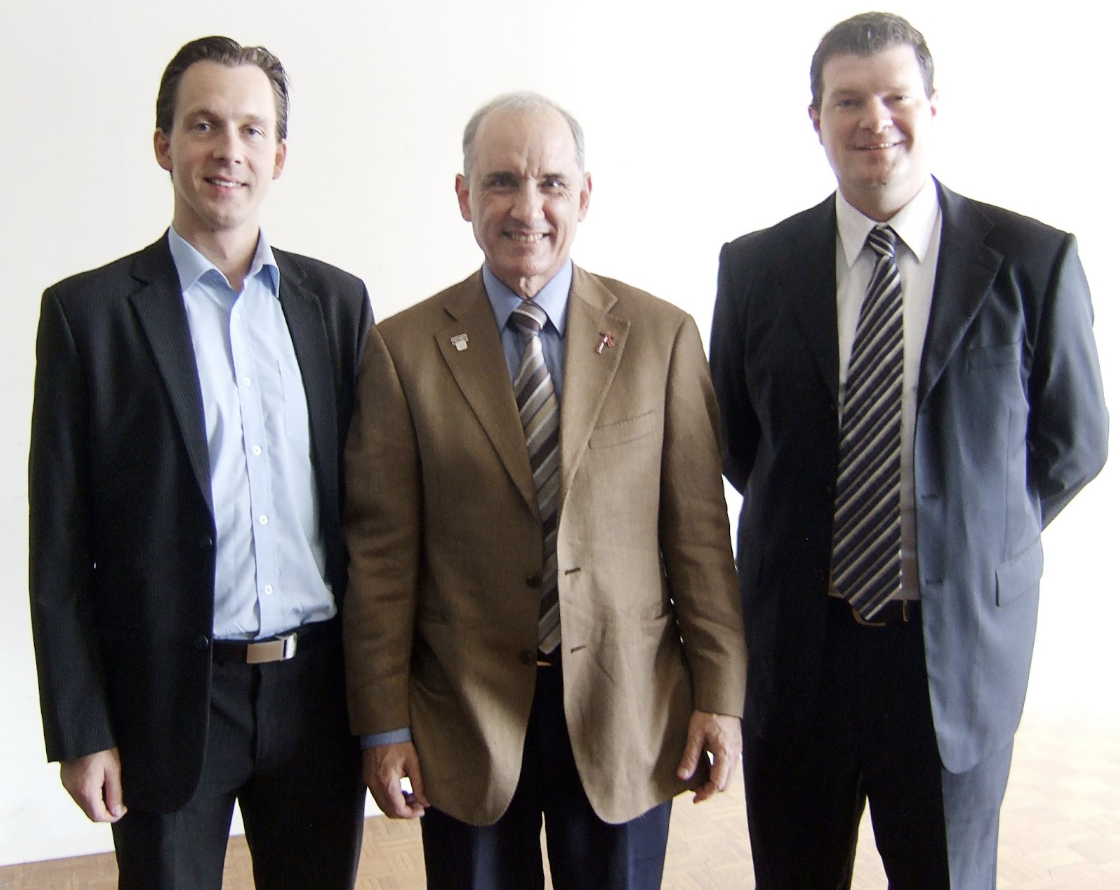 Dan Barker is co-president of the Freedom From Religion Foundation. A teenage Christian evangelist, he got ordained, pastored in three churches, and did missionary work in Mexico, had a musical ministry and graduated from Azusa Pacific College majoring in religion. Barker preached the gospel for 19 years before he “just lost faith in faith.” Now Dan is an advocate for reason and freethought. He has participated in more than 120 debates, including at Oxford University. Dan has authored seven books including: Godless: How An Evangelical Preacher Became One of America’s Leading Atheists with a foreword by Richard Dawkins; Losing Faith In Faith: From Preacher To Atheist; Life Driven Purpose: How an Atheist Finds Meaning with a foreword by Daniel C. Dennett; and God: The Most Unpleasant Character in All Fiction with a foreword by Richard Dawkins. He’s also written three freethought books for children including Just Pretend. He’s produced three albums of freethought music released by FFRF.
All Articles by this author
PrevPreviousMangled Methodist morality
Next‘This is not over’ — march on Roe v. Wade’s 50th anniversaryNext