Goodbye and thank you, Ed Asner 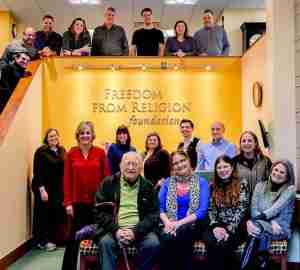 Meeting and interviewing Ed “Lou Grant” Asner, who died Sunday, has to be one of the most serendipitous and memorable moments from a lifetime spent working with the Freedom From Religion Foundation. Our meeting all began in late 2019, when Amit Pal, our director of communications who previously worked with The Progressive magazine, noted that Ed would be in town for a fundraising play for the publication. He asked me: “Would you like me to see if FFRF can interview him?” I remember replying, “Sure! But that seems like a long shot.”

To my great delight, Amit and The Progressive came through, and we set up an appointment to record an interview with Ed Asner for FFRF’s TV show, “Freethought Matters,” in FFRF’s Stephen Uhl Friendly Atheist Studio in our office in downtown Madison, Wis. His daughter Liza, who was associated with the fundraising show and indicated she is an atheist, was extremely helpful and emailed about directions. Shortly before they were due to arrive, there was a knock on the back of the door on the first floor by my office. It was Liza, unsure where to park. She asked if I could come out and direct them when I told her she was in the wrong place. I ran out in my high-heeled boots and no coat into the icy December morning and got into the backseat of the car to direct her. 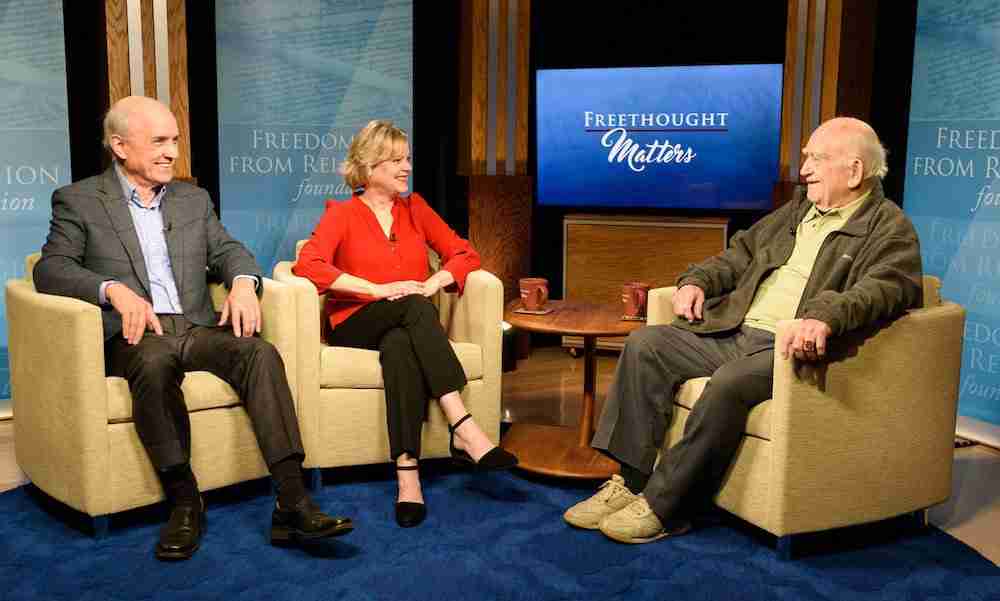 “Who’re you?” asked Ed, sitting in the front seat. I told him my name. He immediately began serenading me with the old Scottish ballad I am named for. “Maxwellton’s braes are bonnie,” he belted out, “where early falls the dew.” He was still singing by the time we got around the block and into the proper driveway. As I got out, I asked him: “Would you be willing to sing that song during the interview?”

And indeed he did. After Dan Barker and I introduced Ed as the legendary seven-time Emmy-winning actor and progressive activist, we interviewed him about his freethinking credentials. Before the first segment ended, I reminded him that he had said he would be willing to sing “Annie Laurie.” He said, “Say please.” I did — and the rest is history. You can watch the interview here.

He was so gracious that I dared another request. After the show, when he was willing to pose with the crew, I told him our young staff of almost 30 were so excited to learn he was in the building. Would he be willing to meet them in our lobby?

While waiting for the staff to assemble, I pointed out to him the framed photo of my mother in the Anne Nicol Gaylor Lobby, and mentioned that she was FFRF’s principal founder and had died in 2015. He glanced at me sympathetically and asked her age when she died. “Eighty-eight,” I told him. He nodded sympathetically, then asked about my dad. “He died in 2011 at 84,” I told him. He reminded me so much of my father, in fact —  in particular his gruff, humorous demeanor. They were the same generation, a generation we are quickly losing.

I also showed him the Clarence Darrow statuette on display in our lobby — a miniature of the 7-foot-tall statue created by sculptor Zenos Frudakis, which FFRF placed in Dayton, Tenn., on the lawn of the courthouse where the Scopes trial was conducted. I explained that the actor John De Lancie, who had portrayed Clarence Darrow in a play opposite Ed Asner as William Jennings Bryan, had helped dedicate the statue at the unveiling.

Ed raised his eyebrows when I told him John had been given the first award. “What about me?” he asked. Soon after, we arranged to name Ed Asner our 2020 Clarence Darrow Award honoree, and, during the lockdown, he sent a video speech accepting the statuette, which he cradled in his arms. In that short acceptance speech, Ed said: “You are so essential to a democracy. It’s not easy to challenge religion in America, but it’s most necessary.” 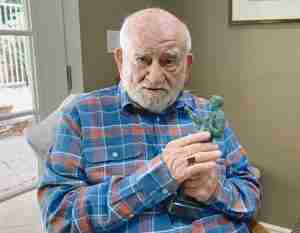 I recently emailed him to ask if he would give us permission to use that endorsement publicly in our materials. “Sure,” came the reply. Last week, I was watching the Netflix TV series “Grace and Frankie,” co-starring Jane Fonda and Lily Tomlin. Lo and behold, there, at the end of the fourth episode, was Ed. He was in an electric scooter and his diction seemed a wee bit less firm, but he commanded the screen, as always. The pandemic slowed production, and the rest of the episodes are still being filmed. I hope Ed was able to complete his role in that filming. His work ethic, right to the very end, is so amazing, and his commitment, including going on the road in the ice and snow in late 2019 to do a fundraiser for The Progressive magazine, and stopping on the way to visit us here at FFRF.

Ed Asner touched so many lives as an actor and an activist, and I’m ever grateful he spared so much time for us at the Freedom From Religion Foundation. 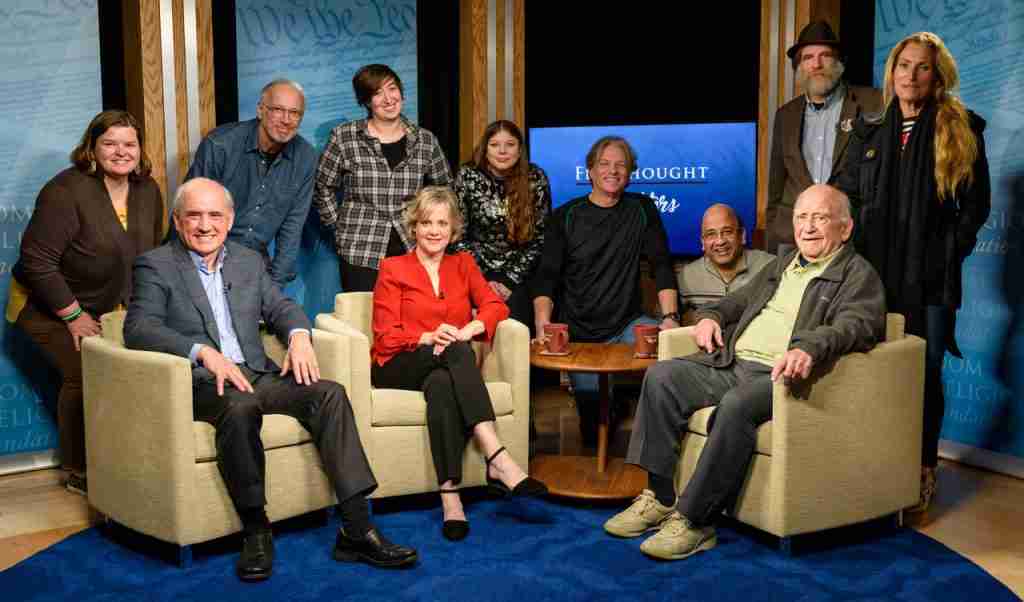 Annie Laurie Gaylor is co-president of the Freedom From Religion Foundation. She co-founded FFRF in 1976 as a college student with her mother Anne Nicol Gaylor. She served as the editor of FFRF’s newspaper, Freethought Today, from 1985-2009. She became FFRF co-president with Dan Barker in 2004. Annie Laurie has authored three books for FFRF: Woe to Women: The Bible Tells Me So; Woe to Women: The Bible Tells Me So; and Women Without Superstition: “No Gods – No Masters”, the first anthology of women freethinkers.
All Articles by this author
PrevPreviousJudicial reform, anti-vaxxers, preachy officials, and religious warfare
NextThe clear differences between conservatives and liberalsNext