Skip to content
PrevPreviousA capitol crime — Is nothing non-sacred?
NextShame on legislators for unconstitutional prayer bill in South CarolinaNext 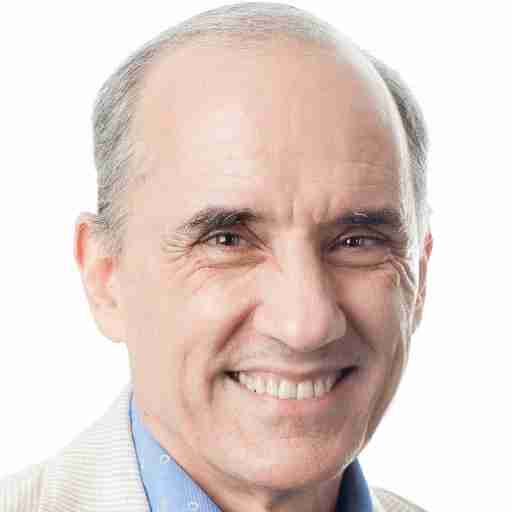 The title of Rick Henderson’s December 18 Huffington Post blog, “Why There Is No Such Thing as a Good Atheist,” is false advertising. He admits in his piece that atheists can be moral: “Of course they can.” In my book, The Good Atheist, I prove this with profiles of hundreds of good nonbelievers who have lived meaningful and moral lives.

Inventing a novel use for the word “good,” Henderson rightly anticipates we will complain he has set up a “straw man,” because that is exactly what he has done. Atheism does not “necessitate [that] the universe is purely material,” as he claims. Atheists conclude that the universe is “at least” material and natural, because in the absence of evidence for the supernatural (so far), we have observed nothing else. Henderson could easily knock down that assumption by providing actual evidence for a god. His failure to do so justifies a continuing naturalistic worldview.

I have talked with thousands of atheists, and read hundreds of their books, and I don’t recall a single one saying “The universe is scientific.” That doesn’t even make sense. It is only an epistemology or methodology that can be labeled “scientific,” not a thing, and certainly not the universe. What most of us say is that science (observation) is so far the only reliable way to obtain information about reality.

And how could anyone say “The universe is impersonal” when it contains persons? We atheists do assume that the processes in the universe (outside the minds of persons) are impersonal, and that assumption is supported by observation. We atheists are open to new knowledge, and would be astonished to learn that there is “something more” out there. Since everything we know about reality can be expressed in impersonal terms, and since we have no experience or coherent concept of a “person” that is not material, we are justified in insisting that those who believe in a personal creation should assume the burden of proof.

Contrary to Henderson’s dictum, I just denied all three of his straw-man assertions (as he worded them), and have yet to feel any “mortal blow” to my atheism.

Henderson then makes the shocking non sequiturs that if his assertions were true, then “anything and everything that happens in such a universe is meaningless,” and that the “only reasonable conclusion is to reject objective meaning and morality.”

That is plain wrong. Our lives are full of meaning and value. He is confusing “meaning” with “ultimate meaning.” We atheists happily admit that there is no ultimate purpose to our existence, but we think this adds value to life. The truly good news is that there is no purpose of life. There is purpose IN life, and that is the only purpose that matters. An “ultimate purpose” would cheapen life, turning us into servants or slaves to a mind other than our own. That would rob us of our dignity and meaning, making us second-class citizens of the cosmos. Purpose comes from solving real-world problems, not from flattering the ego or submitting to the commands of a dictator.

Emily Dickinson said: “That it never comes again is what makes life so sweet.” The fact that life is brief and ultimately meaningless is what makes it valuable. We assign higher value to things that are rare (such a precious metals), so if life is eternal, then life is cheap. Here is a paragraph from my upcoming book, Life Driven Purpose: How an Atheist Finds Meaning:

“Suppose you have been working hard at your job and are excitedly looking forward to an earned vacation in a few weeks. It will be a fun and refreshing break. Perhaps you are planning to ski, swim, hike, explore, travel, visit friends or relatives. But then you realize, ‘Oh! When it’s over I’ll have to come back to work!’ Would you cancel your vacation because it won’t last forever and has no ‘ultimate meaning’?”

Henderson claims that “All the atheists I’ve known personally and from afar live as if there is objective meaning and morality.” That is a half-truth, because “as if” is not “actually,” and because “not ultimate” does not equate to “not objective.” He doesn’t connect the dots. To be objective means to exist independently of a mind, and we all agree that most of reality exists outside of our minds. Henderson commits the fallacy of reification and creates an oxymoron with the phrase “objective meaning and morality.” There are no such things, because meaning and morality are value functions within minds—how can you have the existence in the mind of something that exists outside the mind? What most atheists say is that although meaning and moral principles are not objects, they can be objectively justified by reference to the real world.

There is no big mystery to morality. It is simply the intention to act in ways that minimize harm. Since harm is material, its avoidance is a natural exercise. Moral principles (rather than rigid commandments) are based on the objective harm that results, or could result, as a consequence of our actions. Henderson is correct that most atheists consider our evolved instincts to be an important part of the moral process, but to assume that they are our only guides is a blinkered attack. We also have reason and law to help us lessen harm.

Henderson claims that secular morality does not “help us grapple with the truth that it’s always wrong to torture diseased children or rape women.” But of course it does! Torturing children and raping women—both actions, by the way, that are condoned by the Christian bible—are immoral not because “someone out there” revealed them to be evil. Is the human race so stupid it never would have dawned on us that there is something wrong with violence and brutality? Those actions are denounced because they cause unnecessary harm. Harm is the measure. Human needs and values—not the supposed holiness or jealous glory of the dictator—are the measure of morality.

Henderson imagines we couldn’t condemn something like slavery without a God to teach us. Really? The reason slavery is wrong is because it is harmful, not because it is prohibited by a spirit. The Christian bible endorses slavery. Jesus (if he existed) displayed his moral compassion by declaring that some slaves should not be beaten as hard as others. He never denounced that brutal institution, which he incorporated into his parables as if it were the natural order, which it was, in the worldview of the Gospel writers.

Ironically, after arguing for the existence of something outside the natural world, Henderson admits: “One sign that your worldview may be a crutch is that it has to appeal to an answer outside itself — becoming self-contradictory, unable to reasonably account for the question.” Exactly. Positing a God just answers one mystery with another mystery. It answers nothing.

Tens of millions of Americans, and hundreds of millions worldwide, do not believe in God, and most of us, like most believers, are good people. People should be judged by their actions, not their beliefs. The good values that we all share, whether believers or not, are human values.

The atheistic worldview has no mandates, as Henderson charges. We are free to think for ourselves. We good atheists think our conclusions are better than those of believers because they are rooted in the real world, not fantasy or delusion. Now abideth instinct, law, and reason, but the greatest of these is reason.

Dan Barker is co-president of the Freedom From Religion Foundation. A teenage Christian evangelist, he got ordained, pastored in three churches, and did missionary work in Mexico, had a musical ministry and graduated from Azusa Pacific College majoring in religion. Barker preached the gospel for 19 years before he “just lost faith in faith.” Now Dan is an advocate for reason and freethought. He has participated in more than 120 debates, including at Oxford University. Dan has authored seven books including: Godless: How An Evangelical Preacher Became One of America’s Leading Atheists with a foreword by Richard Dawkins; Losing Faith In Faith: From Preacher To Atheist; Life Driven Purpose: How an Atheist Finds Meaning with a foreword by Daniel C. Dennett; and God: The Most Unpleasant Character in All Fiction with a foreword by Richard Dawkins. He’s also written three freethought books for children including Just Pretend. He’s produced three albums of freethought music released by FFRF.
All Articles by this author
PrevPreviousA capitol crime — Is nothing non-sacred?
NextShame on legislators for unconstitutional prayer bill in South CarolinaNext