Getting honored, combating Kavanaugh — and so much else

After being away for a few weeks, it’s good to be back in the thick of things here at the Freedom From Religion Foundation — especially when we’re getting so much official recognition.

The city of Kissimmee in Florida actually paid tribute to us and our Florida chapter (as well the ACLU’s local affiliates) after we got it to stop sponsoring a prayer event:

The honor is ours — and the First Amendment’s.

We have our eyes on you, Kavanaugh!
We were officially acknowledged at the senatorial level, too. Sen. Mazie Hirono of Hawaii submitted into the record of Brett Kavanaugh’s confirmation hearing a letter put together by the Secular Coalition of America and co-signed by us. “Judge Kavanaugh’s record and writings demonstrate support for the entanglement of religion and government, and he has continuously argued in favor of religious coercion above the constitutional guarantees of religious freedom and individual liberty,” the letter states.

Hirono has been a vital defender of the separation wall between state and church, hammering Kavanaugh for his hypocritical judicial record. Bravo! 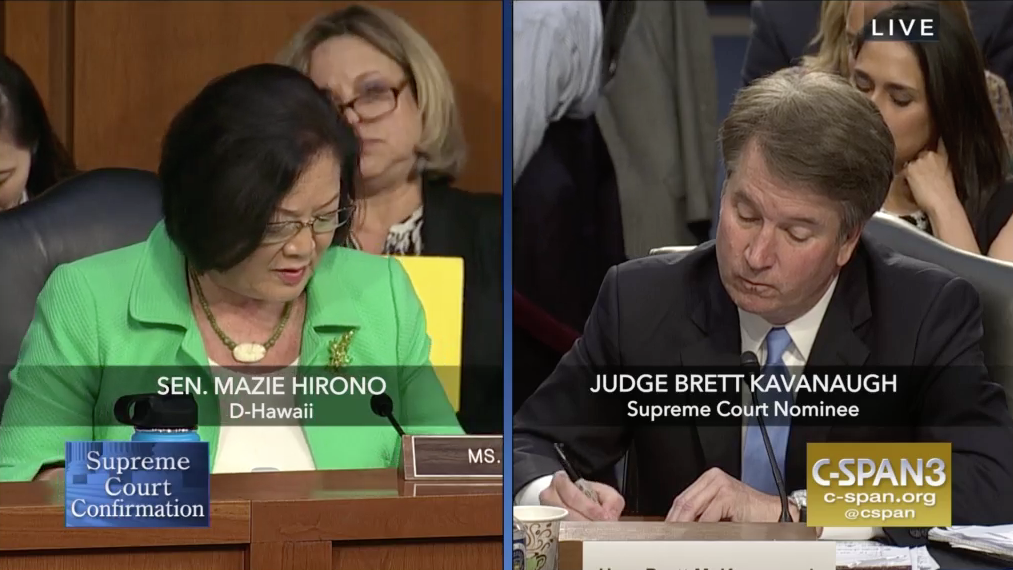 The most invaluable caucus in Congress, the Congressional Freethought Caucus, has also lent its shoulder to the wheel. Members of this recently formed group, along with other House Democrats, wrote this week to the Senate Judiciary Committee Thursday warning against Kavanaugh’s confirmation. Great going! 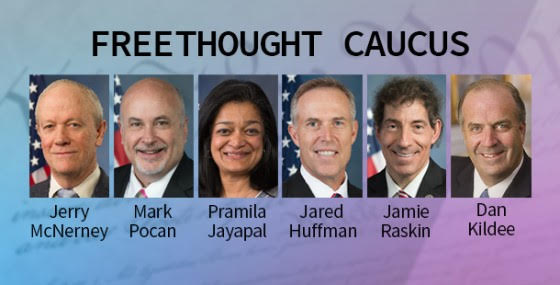 So many other matters
Kavanaugh may have occupied much of our attention, but we have enough bandwidth to focus on other matters.

Our legal counsel presented oral arguments today in appellate court after we won at the district court level regarding a cross on a Pennsylvania county seal.

“A federal appeals court in Philadelphia will hear arguments Friday in a challenge to the court decision ordering Lehigh County to retire the seal featuring a Christian cross that adorns its buildings and documents,” the Allentown paper reports. “The group of Lehigh County residents backed by the Wisconsin-based Freedom From Religion Foundation who objected to the seal and successfully sued to have it ruled unconstitutional argue U.S. District Judge Edward G. Smith got it right when he said in September 2017 the use of the cross serves no secular purpose and could be seen by a reasonable person as the county government’s endorsement of Christianity.”

“Volunteers who work in the press box for Man High School football games say they are going to walk out if they are not allowed to hold a short prayer before Friday night’s game,” reports a West Virginia TV station. “The same group suing the city of Parkersburg, Freedom From Religion Foundation, sent a letter to the Logan Board of Education last week. That letter stated someone had filed a complaint about the pregame prayer and that it needs to stop.”

Bring it on, guys!

Defending nonbelievers
Elsewhere, we were busy defending the rights of nonbelievers. When members of the Ex-Muslims of North America were kicked out of a Hilton Starbucks in Houston, we swung into action, demanding an explanation from both the companies.

Watch FFRF Director of Strategic Response Andrew Seidel pithily explain on our “Newsbite” segment what is at stake here. 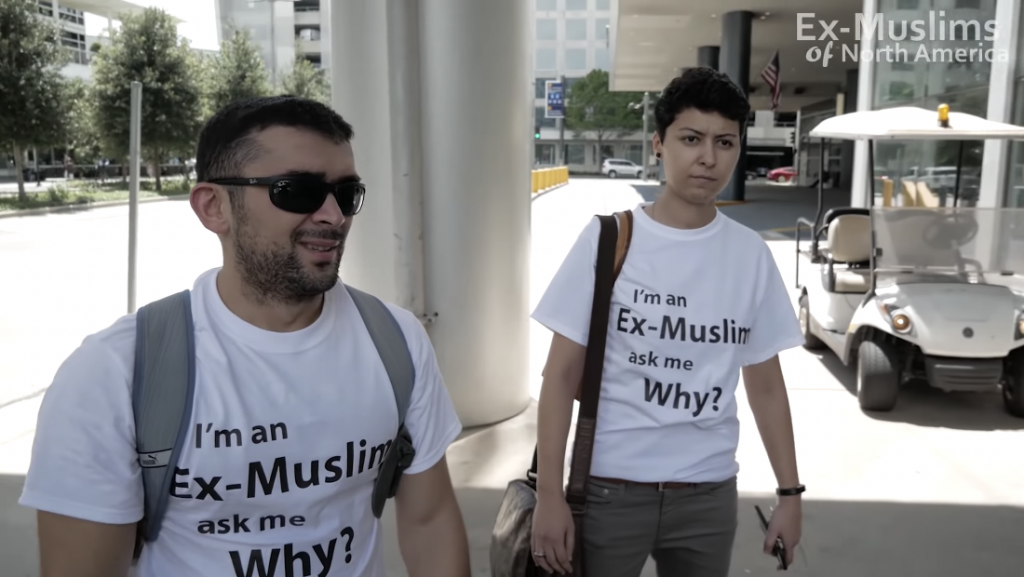 A regional bug?
We issued a second warning to an Ohio school district over its practice of prayer. There must be something in the water in Ohio, since we had to yet again ask another Ohio school system to stop its preachy coaches. And the bug must have spread throughout the region, since we had to send a follow-up letter to the Chicago Police Department requesting it to discontinue its chaplaincy program.

Discussing God and evil
Can you believe that we still had time left over to talk about deep stuff such as “God and evil?” FFRF Co-President Dan Barker and I discussed the subject (and recalled Dan’s debates with Dinesh D’Souza over the issue) in our Facebook Live feature. 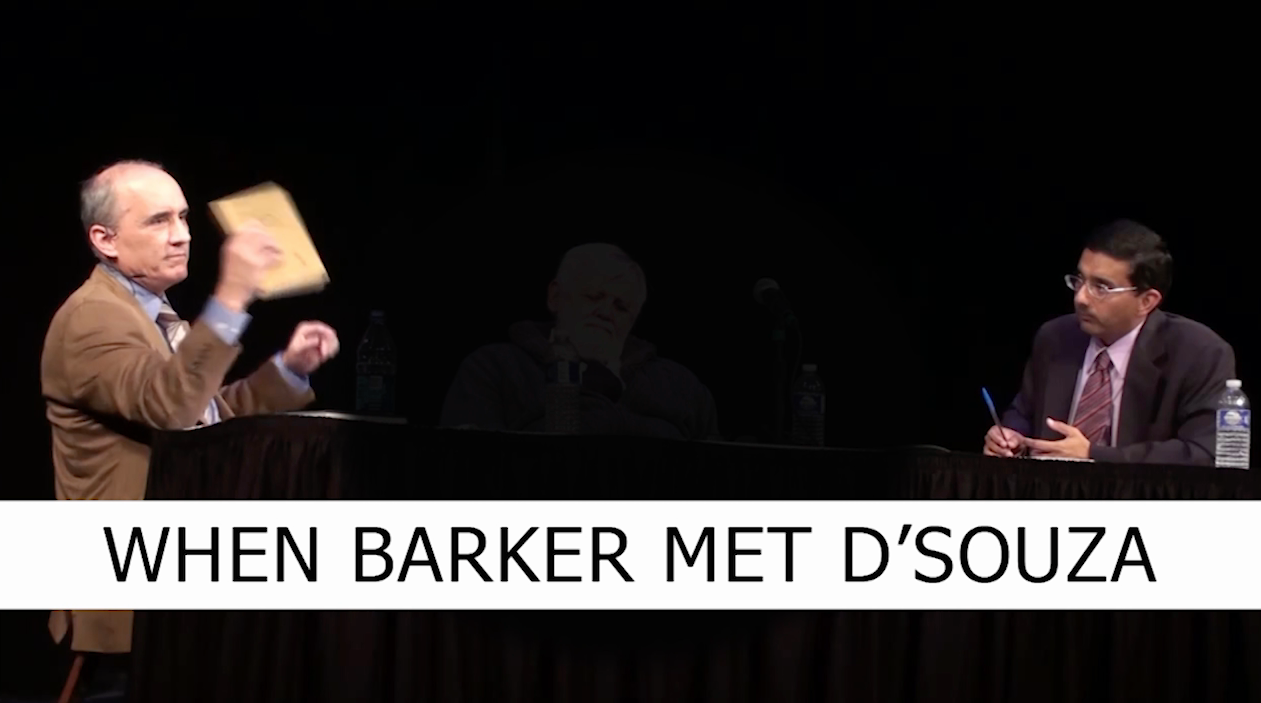 On every medium
We didn’t forget radio. On our show this week, Dan and FFRF Co-President Annie Laurie Gaylor interviewed former Adventist pastor Ryan Bell, who is now national organizing manager for the Secular Student Alliance. They also talked about Kavanaugh with in-house expert Andrew Seidel.

And our TV show, “Freethought Matters,” is back on. If you’re in New York, Chicago, Phoenix, Sacramento, Los Angeles, Seattle or Portland, you can watch FFRF Honorary President Steven Pinker, the distinguished Harvard professor and best-selling author, on “Freethought Matters.” Find out how to tune in. 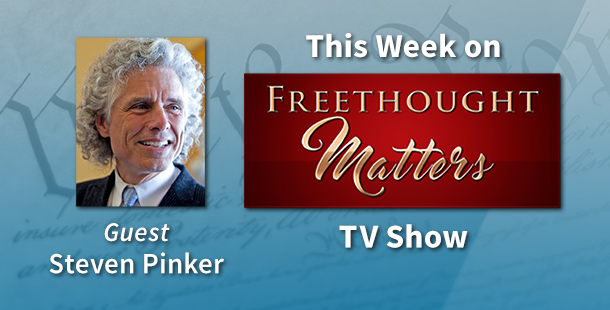 If you’re in the Madison, Wis.-area, you can watch (11 p.m. Sunday on Channel 3) Dan and Annie Laurie interview Linda LaScola, one of the founders of The Clergy Project and the author and editor of several books.

We didn’t neglect old-fashioned methods of spreading the word. Two billboards went up in Atlanta, including one urging freethinkers there to get out and vote this fall like their rights depend on it – because they do.

It was great to come back into this whirlwind of activity — all made possible only due to you.