Five reasons why all abortion bans are harmful 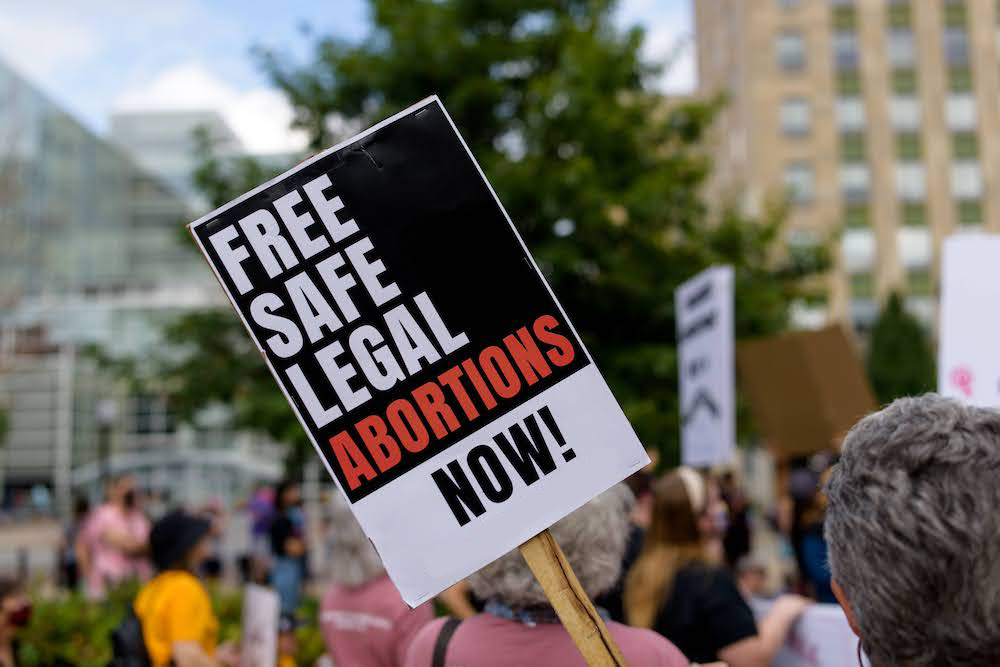 I’ll occasionally speak to people who support abortion rights but who think that there are certain areas in which abortion bans make sense. It typically has to do with gestational age; such folks believe that abortion bans “after a certain number of weeks of pregnancy” are permissible. That’s problematic for many reasons. I’ll outline just five of them.

First of all, no pregnancy is the same and therefore we cannot treat gestational age with a broad brush. Pregnancy is a highly individual experience, and complications in pregnancy, including life-threatening ones, can happen throughout. Decisions on how to proceed must be based on comprehensive options and what is best for the individual involved — not on the legal mandates of politicians whose loyalties are to the Religious Right.

Second, some people may not know that they are pregnant until much later. While it is true that over 90 percent percent of abortions occur in the first trimester— less than 13 weeks of gestation — there are people who simply do not know that they are pregnant until much later. For example, 30 percent of women have irregular menstrual periods, so a missed period or going months without one may not raise a red flag. Meanwhile, women in their late 30s or early 40s may mistake pregnancy for early signs of menopause; others may never have gotten any of the classic pregnancy symptoms. Why should their options be limited because of how their body did or did not respond to pregnancy?

Third, not knowing that one is pregnant is especially true for minors who are still learning about their body and its natural functions. Minors who are pregnant may have the added stress of being in a state that requires parental consent to receive an abortion. Such laws delay abortion care because young people may be afraid to tell their parents or guardians or, alternatively, they’re required to go through the court system to appeal for a judicial waiver. Research has shown that parental involvement puts the youth in grave danger: They risk being disowned, physically harmed or forced to carry the pregnancy. Imagine a pregnant teen telling ultrareligious parents about being pregnant: Do you think that the parents will offer support for an abortion? I doubt it. As such, minors have some of the highest rates of abortion at later stages. Abortion bans with gestational limits prevent young people from receiving the care that they want and deserve.

The fifth reason is that abortion bans of any kind deny bodily autonomy. Since each person, situation and pregnancy is unique, we cannot have sexual and reproductive health laws that treat everyone broadly. The ability to have an abortion should be the individual’s decision alone. By limiting abortion at certain stages, we completely play into the Religious Right’s handbook that views a woman’s or pregnant person’s body as a vessel of God.

History shows us that if you give the Religious Right an inch, they’ll take a mile. This is especially true with abortion laws. There is no common ground when it comes to imposing abortion bans. The Religious Right only uses those as stepping stones to normalize the vilification of comprehensive abortion care. Don’t buy into it.

The next time someone says to you “I support abortion, but …” I hope that you’re able to explain to them why there is no such thing as a justifiable abortion ban. All abortion bans cause harm. That’s why abortion should be legal without exception.

BARBARA ALVAREZ is a contributing writer for the Freedom From Religion Foundation. Previously she had held the role as FFRF's inaugural Anne Nicol Gaylor Reproductive Rights Intern, a program set up to memorialize FFRF’s principal founder, who was an early abortion rights activist and author of the book Abortion is a Blessing. Barbara was a major winner in FFRF’s essay competition for graduate students, writing about the bible’s role in the abortion battle.
All Articles by this author
PrevPreviousNational Prayer Breakfast, a troubling flag, abortion rights marches and India
NextIQ up, religion down?Next