Extreme religious groups are behind fight over transgender rights 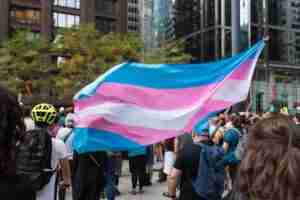 Earlier this month, the Freedom From Religion Foundation signed on to a friend-of-the-court brief in a case challenging Indiana’s ban on trans girls playing sports and the law’s “grievance procedure” requirement. The National Women’s Law Center wrote the excellent brief and nearly 60 organizations joined. After FFRF announced that it had signed on to the brief, some of its supporters wondered about the state/church connection to this issue. I hope to shed some light on the background of this case and why anti-trans bills and laws are indeed attacks on the separation of government and religion.

Alliance Defending Freedom, a wealthy Christian nationalist legal outfit that the Southern Poverty Law Center deems a hate group, is a huge force behind the national effort to enact trans sports bans and to otherwise target LGBTQ-plus kids and their families. The group consistently pushes for religion in government and bills itself as “the world’s largest legal organization committed to protecting religious freedom, free speech, the sanctity of life, parental rights, and God’s design for marriage and family.”

As reported in the Washington Post, Alliance Defending Freedom is significantly involved in drafting and pushing anti-LGBTQ bills, opposes marriage equality and has even worked to criminalize sex between consenting adults of the same sex. The organization collaborated with Idaho legislators to enact a trans sports ban and has joined other groups to push many anti-LGBTQ state bills. The coalition says that these are aimed at “restoring traditional family values.”

We are familiar with this playbook. The Religious Right finds issues to push their religious agenda, but it doesn’t come out and say “religion!” We see this with issues such as abortion, gay marriage and, now, bans of LGBTQ books. Religion-minded groups and lawmakers are fighting a religious fight but they have wisened up and are not pointing to the bible as the source of their concern. Instead, they feign concern for competitiveness in girls sports (why have they never cared before?) and the “appropriateness” of school library materials.

In terms of the separation of state and church, we should care about the use of government power and resources not only to push religious activity, but also governmental abuses seeking conformance with someone else’s religion. Today, many recognize that bans on gay marriage fall into the later category. We appear to be on the front of a new wave of state legislation that wants to reinforce “traditional” and biblical gender roles and stereotypes. That is a problem for the separation of state and church, especially when public schools are involved.

Alliance Defending Freedom worked with Indiana legislators to enact the ban. It even filed an amicus brief in the district court seeking to defend it.

It is telling that this proposal was so extreme that the Republican governor of Indiana vetoed the original bill, HB 1041. The Legislature overrode that veto and enacted a highly contentious law that targets a vulnerable population to seemingly score religious and conservative points.

As the governor’s veto and the National Women’s Law Center brief point out, the “grievance procedure” in the law is hugely problematic for all athletes who play on a team that is designated “female, women’s or girls.” The law requires schools to implement an undefined system to allow a student or parent to submit a “grievance” about other athletes.

The National Women’s Law Center brief says that these procedures “could mimic the outdated and harmful sex verification procedures historically present in some women’s sports.” It then gives examples of a troubling history of women being accused of not being appropriately feminine and being subjected to invasive and harassing sex verification procedures. And it provides specific examples of women of color being especially susceptible to accusations.

The Indiana lawsuit is noteworthy because it will: 1) benefit students who are under attack from religious organizations; and 2) reaffirm legal precedent that protects people from religiously motivated stereotyping surrounding gender.

First, this case is not just about allowing the 10-year-old plaintiff to play a particular sport. The challenge is also about striking down the overall law.

Applying Bostock and Whitaker — both of which are binding on this court — to the facts of this case leads to a result that is not even a close call: A.M. has established a strong likelihood that she will succeed on the merits of her Title IX claim.

The 7th Circuit ruled in a prior case, Whiteaker v. Kenosha Unified School District, that a school’s ban on a transgender boy from using the boy’s restroom based on the school’s sex-stereotyping violated Title IX. This background is useful in understanding the legal landscape. Religious groups want to establish precedent that allows sex-based discrimination, which would then be used to undercut the rights of LGBTQ-plus Americans.

Where do we go from here?

As this case proceeds in the courts, we can expect Alliance Defending Freedom and other religious groups to continue to press legislation that they believe will undercut LGBTQ-plus equality. It is worthwhile for secular groups to keep a watchful eye and to join friend-of-the-court briefs in court challenges. Religious organizations have a long game that seeks to dismantle the wall of separation, heighten the free exercise rights of Christians, and to impose their religion via our laws. In the context of sports, religious groups are looking to create a legal framework that allows for transgender discrimination.

FFRF was in good company when it joined almost 60 other organizations in signing on to the National Women’s Law Center brief. Those groups include the Anti-Defamation League, American Atheists, American Humanist Association, Human Rights Campaign, Interfaith Alliance, and the Secular Student Alliance.

The laws targeting transgender individuals and their families are a replay of how religious coalitions have attacked the right to an abortion. Prior to the overturning of Roe v. Wade by the high court, our nation saw an unprecedented attack on abortion rights at the state level, ranging from harassment and TRAP laws to outright bans. All were calculated not just to deprive citizens in those states of their reproductive rights, but to test the changing Supreme Court. In Texas, both reproductive rights and gender-affirming care have come under attack via legislation and regulatory action. Creating a tsunami of hostile legislation ensures that eventually challenges of some of these laws will make their way before the ultraconservative Supreme Court, which is inviting litigation that will give it the opportunity to overturn progressive precedent.

And this is already underway. In early December, the high court will hold oral arguments on what is being dubbed “Masterpiece Cakeshop II,” a challenge by a religious businesswoman who insists her religious beliefs against same-sex marriage makes her above the law. These challenges will create general precedent to privilege religious citizens and corporations, weaponizing religious liberty at the expense of our vaunted principle of separation between state and church. The cases involving trans rights, in short, are in response to a highly calculated line of attack by religious groups that want their religion to dictate our laws.

Patrick Elliot, the Foundation's Senior Litigation Counsel, hails from St. Paul, Minn. Patrick received a degree in legal studies and political science from the University of Wisconsin-Madison (2005). He attended the University of Wisconsin Law School and received his Juris Doctor in 2009. He joined FFRF as a staff attorney in 2010. Patrick oversees litigation for FFRF, including important First Amendment cases involving religion in schools, religious displays, and free speech violations. Patrick is admitted to practice in Wisconsin, Minnesota, the U.S. Supreme Court, and many federal district and circuit courts around the country. Patrick has served as the Chair of the Civil Rights & Liberties Section of the State Bar of Wisconsin (2020). He has helped plan and present educational programs for lawyers on civil rights issues.
All Articles by this author
PrevPreviousLet’s support fact-based abortion care centers this Giving Tuesday
NextThere is no ‘divine plan’Next