Evolution has produced all life 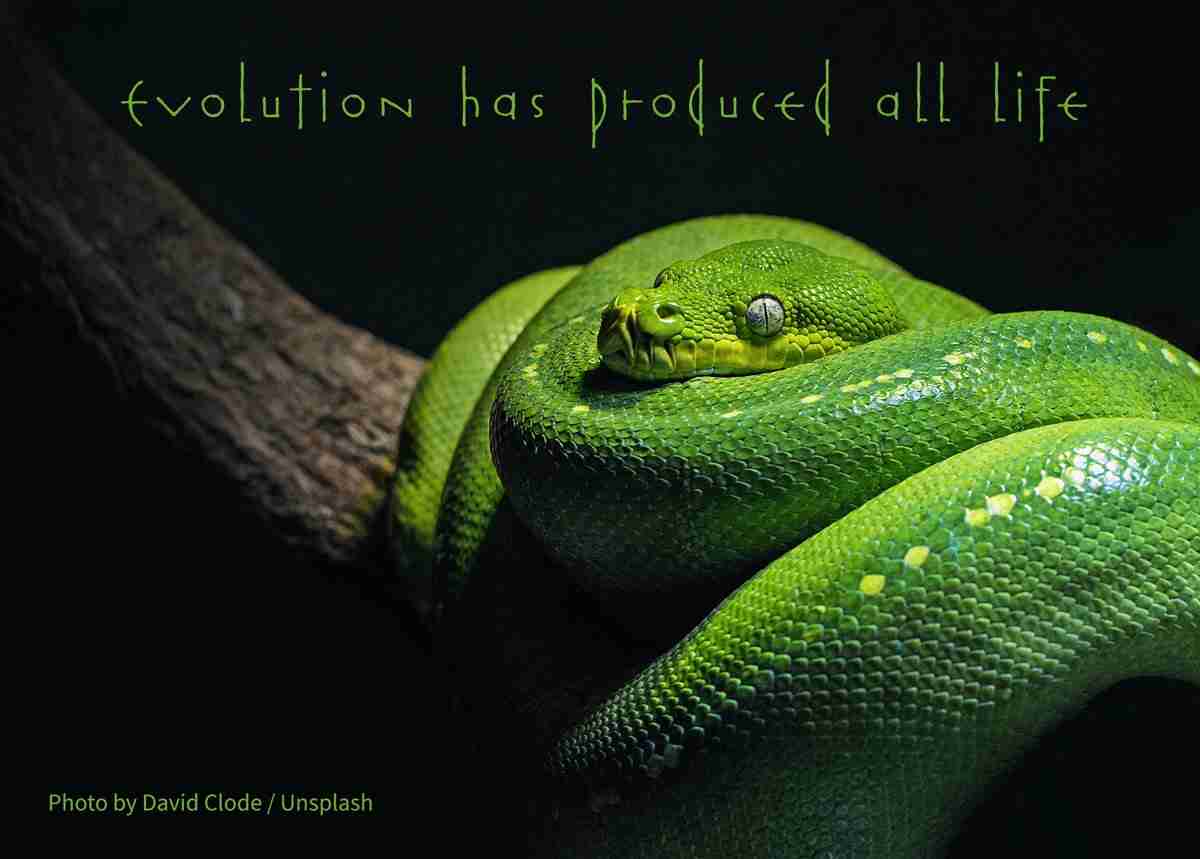 The mind boggles to realize that natural selection — driven by weak hydrogen bonds that let the long DNA molecule unzip and replicate itself — could produce the planet’s incredible array of millions of living species, including humans. It’s almost unbelievable. How could such amazing diversity come from a self-replicating molecule? How can an assemblage of amino acids and cells write symphonies or put manned space stations into orbit?

However, honest, intelligent people must accept scientific evidence that evolution produced all living things, because no other trustworthy explanation exists. There’s no evidence whatsoever — zilch — that a magical god created life. The Arkansas Legislature is just proving its silliness by pandering to such magical thinking. (Read FFRF Director of Strategic Response Andrew Seidel’s column on the creationist shenanigans in the Statehouse there.)

Evolution is ruthless and heartless, killing off most creatures it spawns. Almost 99 percent of all species that ever lived have become extinct — and humans nearly did. National Geographic genome expert Spencer Wells says the last Ice Age, perhaps coupled with a supervolcano in Sumatra, almost exterminated humans before they migrated from Africa. He writes:

While homo sapiens can be traced to around 200,000 years ago in the fossil record, it is remarkably difficult to find an archaeological record of our species between 80,000 and 50,000 years ago, and genetic data suggest that the population eventually dwindled to as few as 2,000 individuals. Yes, 2,000 — fewer than fit into many symphony halls. We were on the brink of extinction.

That’s stunning. Despite our large brains and survival skills, we humans nearly vanished. We almost were lost like dinosaurs and other victims of cruel evolution. We narrowly pulled through.

But we survived and eventually dominated Planet Earth, manipulating nature to nourish ourselves. Humans are a bizarre mix of genius and inventive abilities, entangled with primitive superstitions and paranoid warmaking savagery. Evolution made us kind and cruel, intelligent and stupid, admirable and absurd.

A scholar who probes deeply into the puzzle of humanity is sociobiologist Edward O. Wilson, who has written several deep books and has repeatedly denounced the human tendency to concoct imaginary gods, devils, heavens, hells, angels, demons, miracles and other supernatural figments.

In Consilience, analyzing how knowledge grows and becomes verified, he says that there are two ways to look at reality: 1) Empiricism, believing only what evidence reveals and 2) Transcendentalism, believing that a hidden order rules events. If any proof ever upholds the latter, he wrote, “the discovery would be quite simply the most consequential in human history.” But no proof has ever emerged.

In a later book, The Meaning of Human Existence, Wilson castigates religion mercilessly. He concludes that evolution caused humans to be tribalized and to invent imaginary gods suited to their tribes. He states: “The best way to live in this real world is to free ourselves of demons and tribal gods.” And he adds, “The principal driving force of mass murders … is tribalism, and the central rationale for lethal tribalism is sectarian religions — in particular the conflict between those faithful to different myths.” In his final chapter, “Alone and Free in the Universe,” Wilson concludes that the scientific understanding of evolution has become the bedrock of biology, and this explains why humans became tribalized, with tribal religions.

So, evolution gave people large brains capable of imagining invisible gods — and it gave some people keener minds capable of seeing that imaginary gods are nonsense.

This article is adapted and updated from a piece that originally appeared in the January 2018 United Coalition of Reason newsletter.

James A. Haught, syndicated by PeaceVoice, was the longtime editor at the Charleston Gazette and has been the editor emeritus since 2015. He has won two dozen national newswriting awards and is author of 12 books and 150 magazine essays. He also is a senior editor of Free Inquiry magazine and was writer-in-residence for the United Coalition of Reason.
All Articles by this author
PrevPreviousOur efforts to educate a Christian nationalist preacher
NextThe Supreme Court, the White House, Capitol Hill and state legislaturesNext