Evangelism and the anti-abortion movement: It’s all about the bottom line 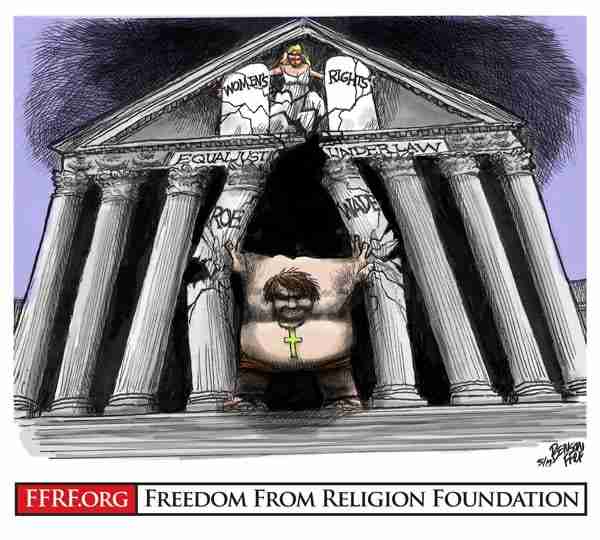 “I took their money and they took me out in front of the cameras and told me what to say …  If a young woman wants to have an abortion, fine. That’s no skin off my ass.” These words were spoken by Norma McCorvey, the real Jane Roe behind the watershed 1973 Roe v. Wade U.S. Supreme Court case that legalized abortion in the United States. Initially a proponent for a woman’s right to choose, McCorvey famously joined the anti-abortion movement in 1995, claiming that her new Christian convictions changed her stance on abortion (and about her longtime lesbian partner). “AKA Jane Roe,” a new documentary on the FX network, profiles the final years of McCorvey’s life and reveals that her anti-abortion conversion was a sham. Perhaps its most insidious revelations are the religious and financial tactics that anti-abortion groups employ to influence policy.

For nearly three decades, one of the anti-abortion movement’s schitcks has been to prop up the actual Jane Roe as a born-again, anti-abortion Christian. In reality, McCorvey revealed that she only joined that side because it paid her. Essentially, the anti-abortion-religious movement exploited a low-income woman who was struggling to make ends meet. Using religion and nearly half a million dollars, it made McCorvey a poster child.

The biggest anti-abortion spending group since 2008 and one of the leaders of advancing anti-abortion legislation is Susan B. Anthony List. Through direct lobbying and grassroots campaigns, the organization has pledged $52 million to support Trump in the upcoming presidential election, declaring that he is “the most pro-life president in our nation’s history.”

Much of this anti-abortion activism has to do with mobilizing religious voters. Marjorie Dannenfelser, the president of the organization, joined United in Purpose, a religious right group that was essential to growing Trump’s evangelical base in 2016. With plans to target the religious factions of Latino and African-American voters, United in Purpose is in step with Trump’s own platform Evangelicals for Donald Trump.

Ironically, the person Susan B. Anthony List is named after was critical of religion, stating that traditional Christianity suppressed women’s rights. In fact, when Susan B. Anthony co-founded the National Woman Suffrage Association, she intended for the movement to be inclusive of the religious, atheists and agnostics alike.

Regardless, anti-abortion groups like the List drum up the religious base and incentivize politicians to pass anti-abortion legislation with big money contributions. Unsurprisingly, the top recipients from anti-abortion donors in 2020 use religion — not science, logic or public opinion — to drive their legislative decisions. To them, it’s all about their bottom line:

Robin Marty, communications director at the Yellowhammer Fund, a Southern reproductive justice group, describes the anti-abortion movement as a slush fund: “It starts with the deep pockets of Catholic churches and ends with small religious organizations and individuals quite literally paid to shame women, lobby lawmakers and protest outside of abortion clinics.”Much after Norma McCorvey renounced the anti-abortion movement in her self-described “deathbed confession,” big-money religious tactics are still very much in place. Meanwhile, oppressive policy decisions like so-called “heartbeat” bills and abortion bans during COVID-19 have denied too many women their legal right to bodily autonomy.

BARBARA ALVAREZ is a contributing writer for the Freedom From Religion Foundation. Previously she had held the role as FFRF's inaugural Anne Nicol Gaylor Reproductive Rights Intern, a program set up to memorialize FFRF’s principal founder, who was an early abortion rights activist and author of the book Abortion is a Blessing. Barbara was a major winner in FFRF’s essay competition for graduate students, writing about the bible’s role in the abortion battle.
All Articles by this author
PrevPreviousTrump, Gov. Abbott, Julia Sweeney & Katha Pollitt
NextJames Baldwin was brilliant on religion, tooNext