Skip to content
PrevPreviousReceiving media attention, dealing with death, nurturing youth, and reaching out
NextIn the media, on the road and all overNext

This week at the Freedom From Religion Foundation, we showed how quick-thinking we can be in response to fast-moving events in a nation buffeted by religion. 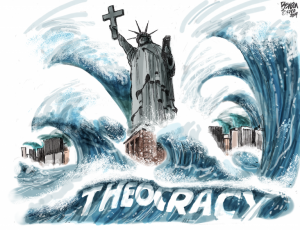 “The appeals court decision validates a Lehigh County seal that sends a wrong, exclusionary message,” FFRF Co-President Annie Laurie Gaylor remarked. “The county should be welcoming of all residents regardless of religion — and it’s appalling that the court didn’t prod county officials to move in that direction.”

FFRF warmly thanks the four FFRF members — John Berry, Stephen Meholic, David Simpson and Candace Winkler — who were valiant plaintiffs in our lawsuit.

No, nonbelief doesn’t instigate carnage
When perennial Catholic League bloviator Bill Donohoe identified lack of religion as the cause of mass shootings such as in El Paso, we swiftly corrected the record.

“What makes Donohue’s latest attack on nonbelievers so ironic is that the El Paso shooter — based on the information we have to date — apparently self-identifies as a ‘proud God-loving Christian,’” we pointed out. “The motivation for the horrific El Paso attack, which has killed 22 individuals and left many others hospitalized, clearly was white nationalism. The shooter told us as much.”

And prayers won’t stop the massacres
And when the three highest officials of the state of Texas, disgracefully pandered to religion after the El Paso massacre, we quickly upbraided them.

“As long as public officials continue to urge prayer — and they always mean Christian prayer — FFRF will continue to call them out for failing to provide real solutions,” we remarked.

Hey legislator, don’t ask people to attend church
A Georgia legislator wasn’t paying attention to our above statement. State Rep. Wes Cantrell issued a Facebook post inviting constituents to a church service the coming Sunday. “Sticking to secular messages is inclusive of everyone and honors our Constitution, the document you swore to uphold when you took your oath of office,” FFRF Staff Attorney Ryan Jayne reminded Cantrell.

Please let the Trump administration know your views
We keep a sharp eye on the Trump administration, and so were quick to alert you all to proposed Department of Health and Human Services rules that, in the name of “religious freedom,” aim to roll back protections on non-discrimination regulations for vulnerable patients. The comment period is open till Tuesday, Aug. 13, and so please let your ire be known! 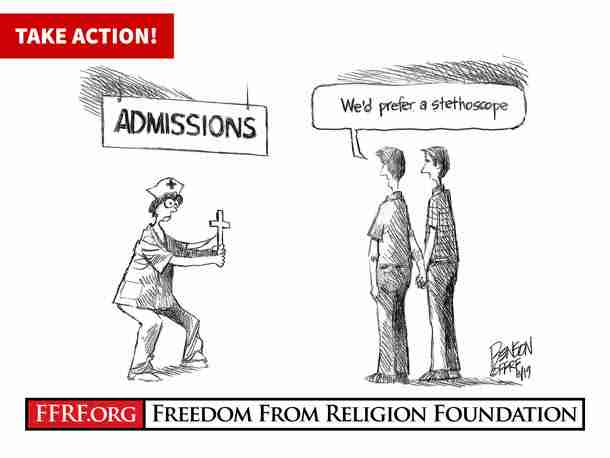 Exposing the Hindu nationalist Indian government
Our focus is not limited by national boundaries. The Hindu nationalist Indian government has recently made a drastic move in the disputed region of Kashmir as part of its agenda to convert India into an officially Hindu nation, and I’m on the Madison community radio station this Sunday at 5:30 Central time to expose its agenda. You can listen to the show while it is being aired here live or once it is broadcast by scrolling to “World View” for Sunday, Aug. 11, in the station’s archives.

Watch an amazing Netflix show!
We used our own radio show to broadcast our response to the recent mass shootings and to the Lehigh County court decision. We also placed a spotlight on an exciting new TV series. Netflix today (Aug. 9) launched a mini-series “The Family,” based on Jeff’s Sharlet’s classic expose of a powerful and secretive evangelical group, The Family: The Secret Fundamentalism at the Heart of American Power. We interviewed Jeff about this must-see TV event. Watch the five-part limited series if you have Netflix! 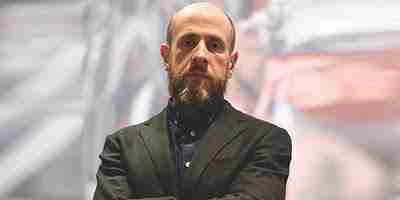 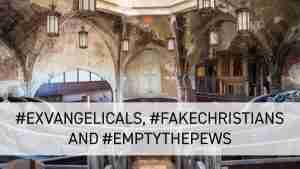 Keep an eye out for a special TV interview
We had a special guest visit our Freethought Hall headquarters this week: Pitzer College Professor Phil Zuckerman, a pioneer in Secular Studies and one of the world’s foremost experts on “secularity.” He flew in to be interviewed by Annie Laurie and FFRF Co-President Dan Barker for our TV show, “Freethought Matters.” The episode will air in the early fall, and we’ll inform you of the exact timing once the date draws closer. 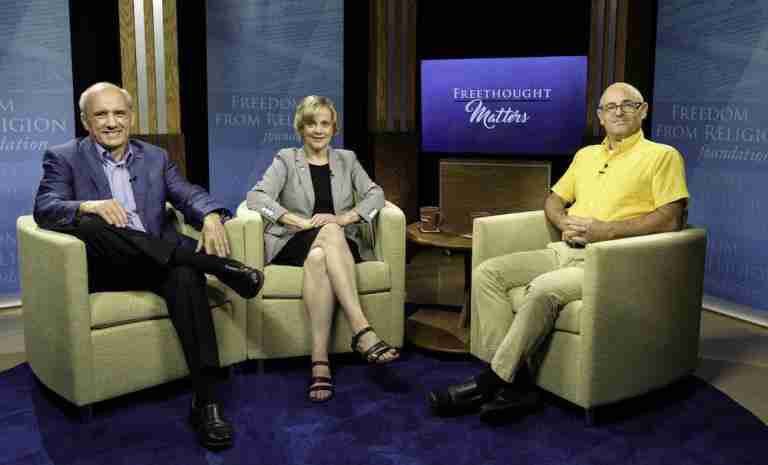 Whether it is quickly responding to events or spotlighting secular luminaries, we are able to do it all only because of your help.

All Articles by this author
PrevPreviousReceiving media attention, dealing with death, nurturing youth, and reaching out
NextIn the media, on the road and all overNext