Death row, Trump, Gov. Abbott — and a bit of lightness, too

Some weeks, we delve into somber issues — leavened with occasional levity — and this was one of those weeks here at the Freedom From Religion Foundation.

A focus of ours was a recent deleterious judgment by the U.S. Supreme Court regarding the execution of an Alabama death row inmate — a decision that proves the privileging of Christianity in this country. We urged the state of Alabama to remedy this unjust situation by permitting an inmate to select one person, regardless of religion, to be present at executions.

“As government entities, prisons are bound by the Establishment Clause not to show preference for any particular religion or religion in general,” we wrote to Alabama Joint Legislative Prison Committee Chairman Cam Ward about the Holman Correctional Facility. “Holman’s current policy of allowing only the Christian chaplain into the execution chamber violates this most basic constitutional mandate.”

FFRF Legal Fellow Colin McNamara, who crafted our missive, explains in our “Newsbite” segment the significance of the episode and why we felt compelled to intervene. 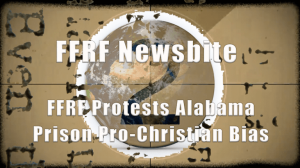 Our Director of Strategic Response Andrew Seidel, who with Legal Director Rebecca Markert spent part of this week lobbying in Congress, found time to weigh in on the deeper meaning of the Supreme Court’s decision in a blog for Rewire.

“This is the message this court sent,” Andrew wrote. “If you are seeking justice or vindication of your religious freedom or a religiously neutral government, the Supreme Court has said non-Christians need not apply.”

We love to mess with Texas
We were also legally busy trying to defend our victory on behalf of free speech and freethought against the Lone Star State’s governor. We filed our brief in the 5th U.S. Circuit Court of Appeals to sustain our win last year in federal court against Gov. Greg Abbott’s 2015 insulting removal of our winter solstice Bill of Rights “Nativity” from the state Capitol. “We’re confident that we will prevail yet again in our defense of a fundamental American liberty,” said FFRF Co-President Annie Laurie Gaylor.

Be respectful of freethinkers, Arizona state reps!
We strongly defended a freethinking Arizona state rep who was yet again insulted by her colleagues for giving a secular invocation. We urged the Arizona House to drop prayers completely, emphasizing that this will create a more inclusive, productive environment for everyone.

Mobilizing you to oppose bible classes
State legislatures seem to be in a particularly unsecular mood recently. A half-dozen statehouses have introduced bills sanctioning bible classes in public schools. Our Editorial Assistant Bailey Nachreiner-Mackesey did stellar work in alerting those of you residing in these states to mobilize in opposition to these bills. 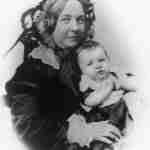 Setting Trump straight on women’s suffrage
Governments at all levels seem to be in thrall to religion – starting with President Trump himself. While speaking at the National Prayer Breakfast last week, he asserted that the women’s suffrage movement was guided by prayer and religion. Not! Annie Laurie, an expert in the history of women freethinkers, corrected him in a blog: “With the 100th anniversary of the passage of the 19th Amendment ensuring women’s right to vote fast approaching next year, it’s time for the freethinking community to claim its historic role in winning women’s franchise.”

Come to Chicago for a unique conference
Thankfully, there are some bright freethinking spots to dispel the theocratic gloom. Black History Month is a fitting time to call attention to a unique upcoming conference that the Freedom From Religion Foundation is proudly co-sponsoring. The Women of Color Beyond Belief Conference, scheduled for Oct. 4-6 at the Marriott Midway Hotel in Chicago, will be the first national secular forum exclusively focused on the perspectives of women of color who are atheists, agnostics, humanists, freethinkers and skeptics. Be there or be square!

A documentary on religion and racism
On our radio show this week, we took note of both Trump’s remarks and Black History Month. After giving a Bronx cheer to his comments, we give a real cheer to Black History Month by celebrating Butterfly McQueen and Frederick Douglass. And Annie Laurie and FFRF Co-President Dan Barker spoke with author and filmmaker Jeremiah Camara about his new documentary, “Holy Hierarchy: The Religious Roots of Racism in America.” 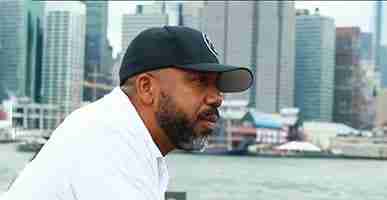 The one and only Julia Sweeney!
Our guest on our TV show this week is bound to cheer you up. Catch up with what’s new with the irrepressible SNL alum, comedian, honorary FFRF director and actress Julia Sweeney on this Sunday’s episode of “Freethought Matters.” (Check out the listings for your city here.) Or you can watch the interview on our YouTube channel. 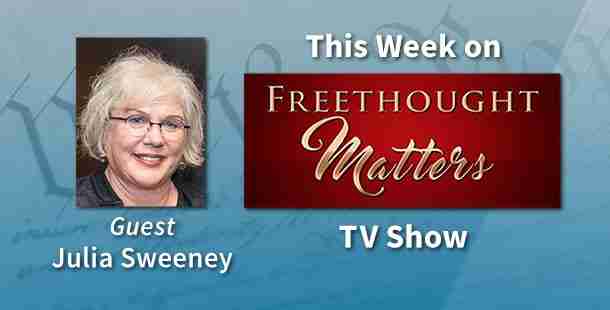 Catch Dan in Chattanooga
There’s further reason to be happy for those of you in and around Tennessee. Dan will be making a number of appearances in Chattanooga Feb. 24-25. Check out the details in the local paper, and attend if you can. (Dan was in Phoenix last week and Vanderbilt University yesterday!)

We love to provide cheer and uplift — as well as education and mobilization on serious matters — to our members. After all, you’re the reason we exist.

All Articles by this author
PrevPreviousNo, Mr. Trump, the women’s suffrage movement was not religious
NextFFRF salutes Black history and secularismNext