Don’t impose the bible on Tennesseeans
Of course, our core concerns were, as always, keeping this country secular and true to its constitutional ideals. That’s why an op-ed published in a Tennessee daily newspaper by FFRF Co-President Annie Laurie Gaylor warned the Legislature not to adopt the bible as “Tennessee’s state book.” “In a pandemic, with so much at stake, the Tennessee Statehouse needs to stop attempting to foist Christianity upon the residents of the state and start working to address their real needs,” the piece concluded. Read the full column here.

We may sue North Dakota
Our warning to another state — to North Dakota that we’ll likely challenge an unconstitutional just-passed law — has gotten media play.

“A nonprofit group that works to oppose religious displays on public property says a new North Dakota law that allows the Ten Commandments in public schools is unconstitutional,” reports a TV station there. “‘The North Dakota law flouts the Constitution in an attempt to sneak religion and Christian nationalism into public schools,’ according to the Freedom from Religion Foundation. ‘Of course, FFRF will challenge any displays that go up in schools,’ the foundation said.” 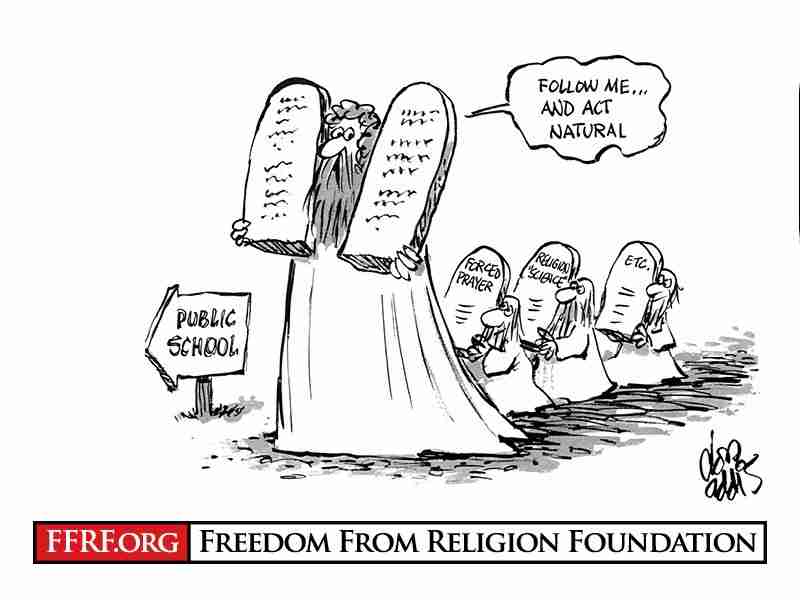 You bet we will! (Any families in schools where these Ten Commandments displays go up should reach out to FFRF via webform, by clicking here.)

Thanks for nixing an unconstitutional bill, Arkansas
In yet another state, Arkansas, FFRF commended the Legislature for declining to pass a bill that was aiming to sneak in creationism into the state’s public schools. FFRF had threatened to sue if the bill had passed. In a related move, we also urged an Arkansas school district to investigate claims made in the Legislature that one of its teachers has been unconstitutionally teaching creationism. 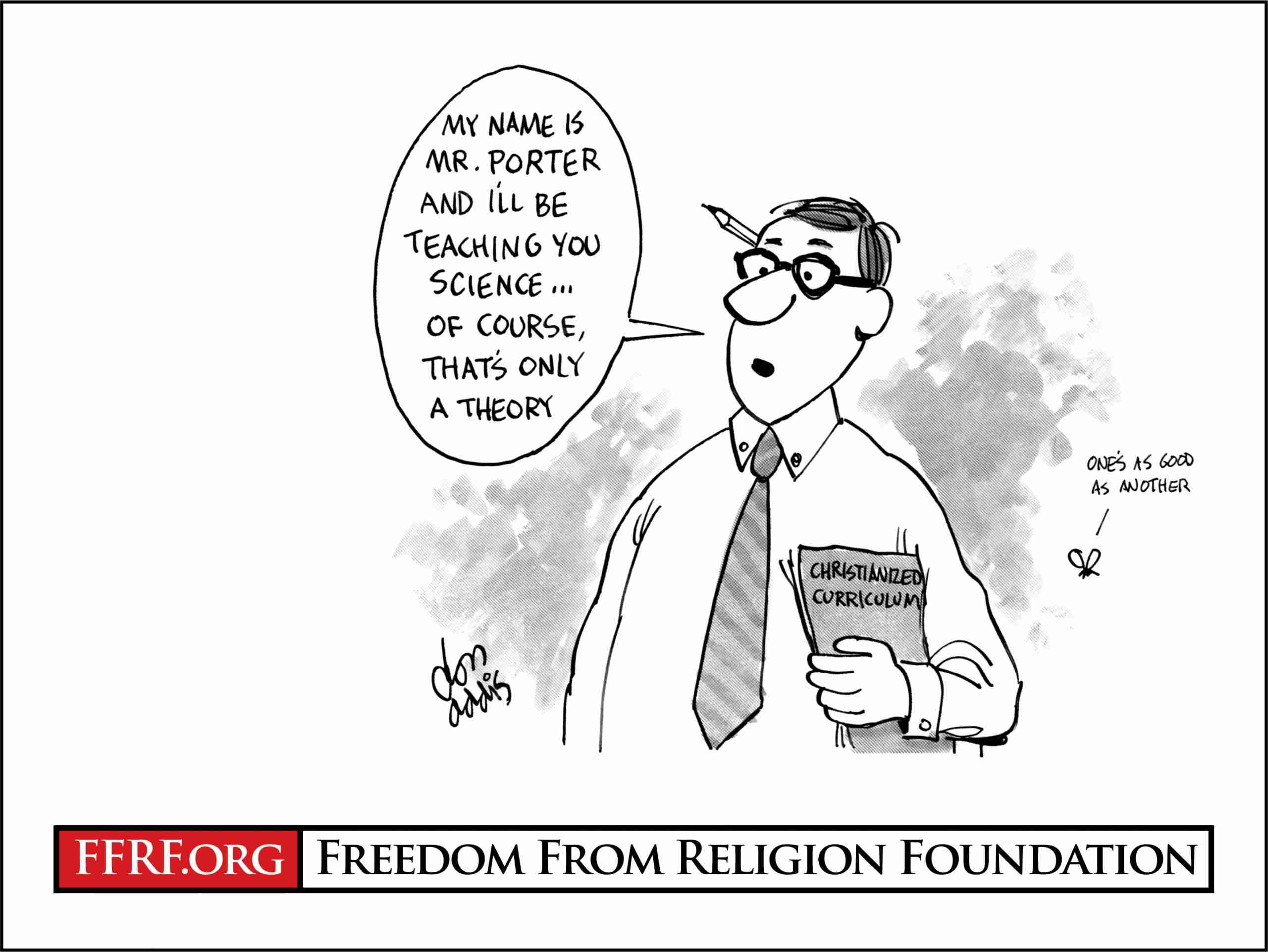 Help us, Alaskans and Californians
We regularly seek your help on state-level matters, and this week was no different. We asked the Alaskans among you to oppose a dangerous anti-choice constitutional amendment and the Californians to support a good menstrual equity bill. 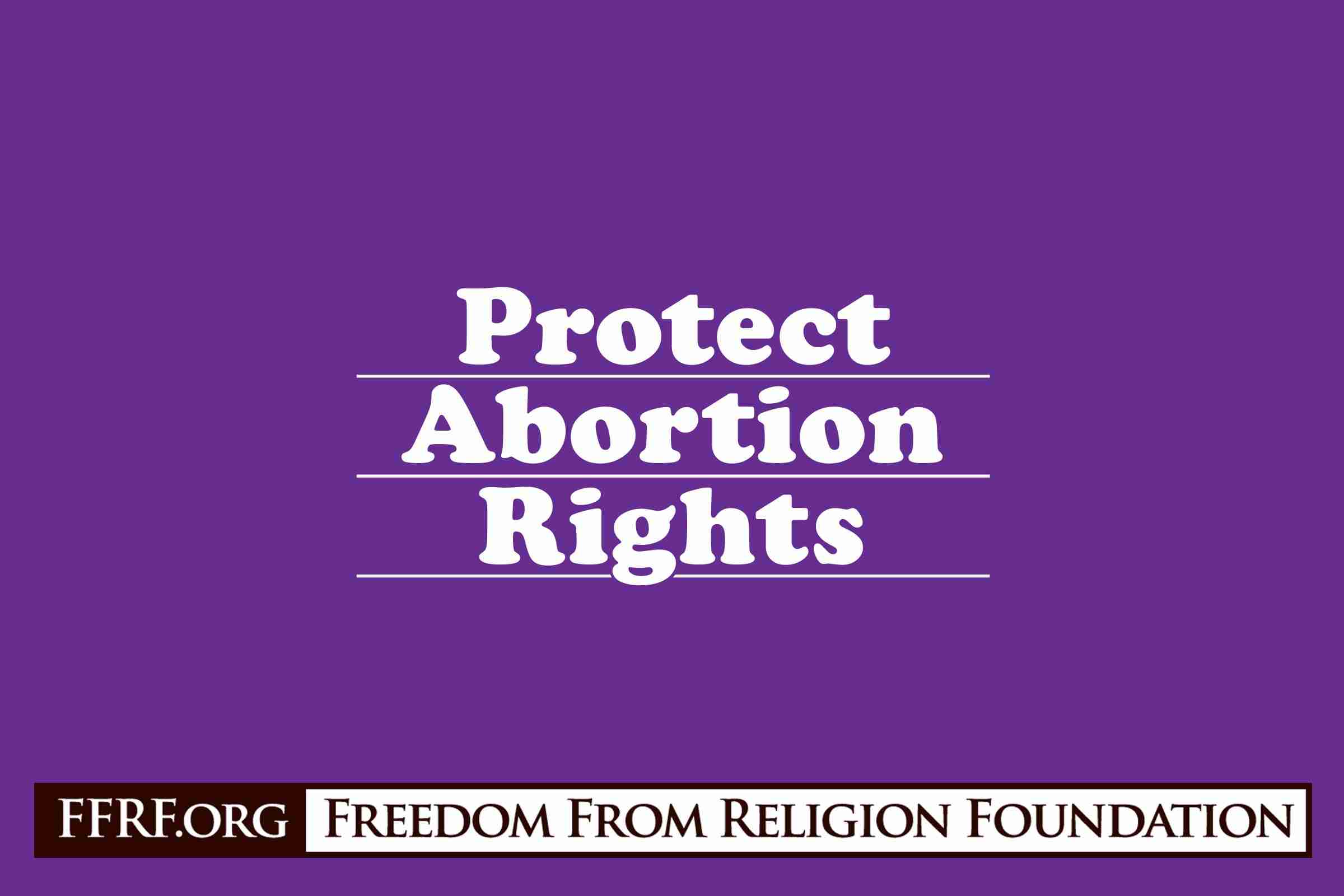 Revoke your mega-giveaway, FEMA
We appealed to FEMA to revoke a mega-giveaway to a Florida church (a $1,973,993 giveaway, to be precise), supposedly for hurricane damage repair.

“Taxpayers of all religions — and no religion — are being forced to finance the reconstruction of a Christian place of worship,” Annie Laurie remarked. “However sympathetic one might be to the plight of those facing damage from so-called ‘Acts of God’ such as hurricanes, giving away nearly $2 million in precious taxpayer dollars to support a church is blatantly unconstitutional.”

Join our Mayday for Humanity event
We are helping organize a secular Mayday for Humanity charity event that got noticed in our hometown alternative weekly. “FFRF, The Freethought Society, Recovering From Religion, Secular Student Alliance and Secular Coalition for America will host the three-hour May 6 virtual event featuring entertainers, singers and celebrities to address the increased need for food and shelter assistance due to the coronavirus pandemic,” the announcement in the Isthmus reads. Join in! 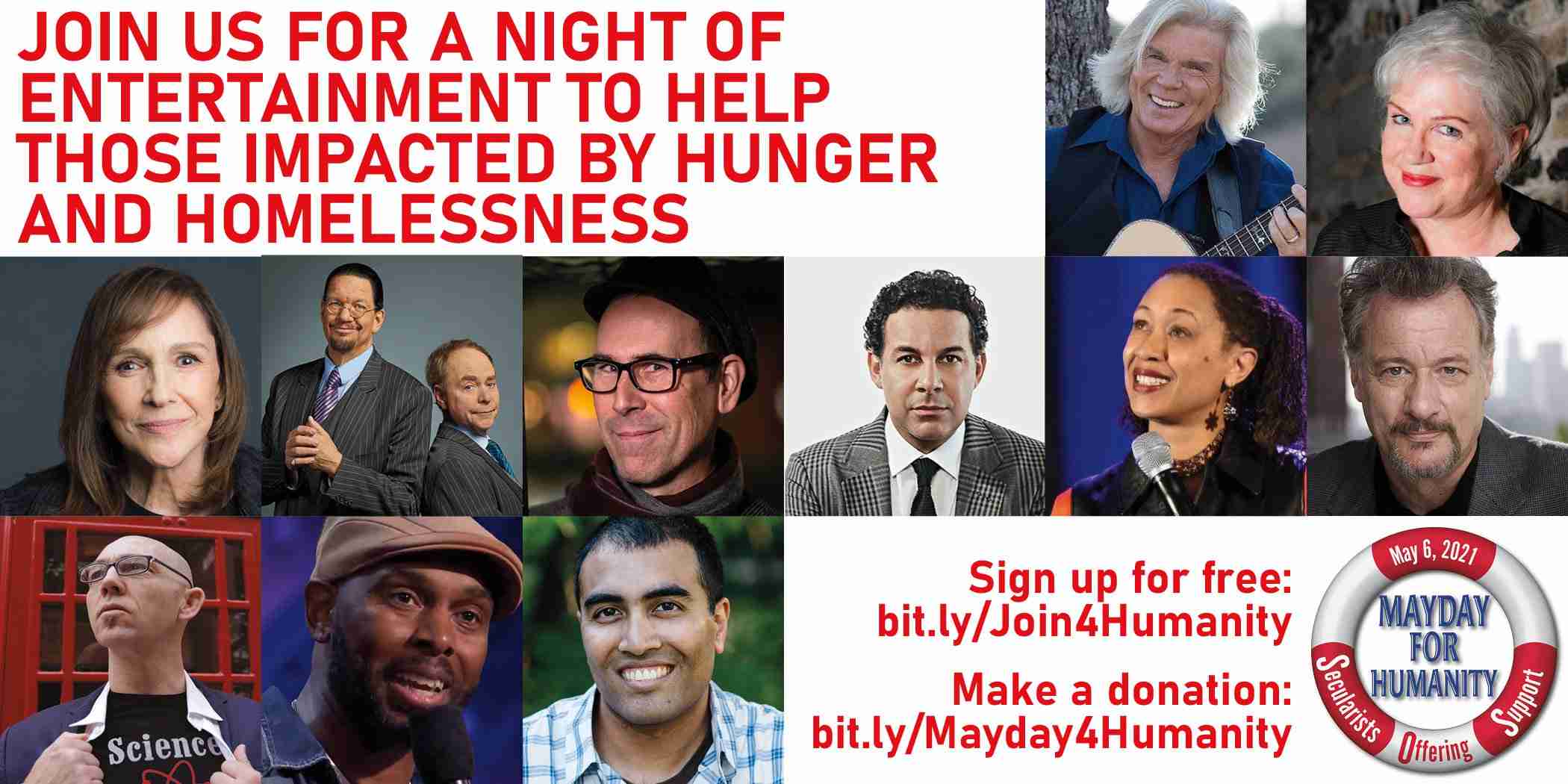 The Washington Post quotes us on the George Floyd verdict
Even our statements on pressing matters that were perhaps not in our core issue area made a big media splash. The Washington Post quoted us on the George Floyd murder trial verdict: “Americans — white or black, religious or freethinking — must speak up and demand not only justice for Floyd, but a national reckoning with racial profiling, police brutality, vigilantism and institutional indifference and racism. The jury verdict was a step toward this national reckoning.” 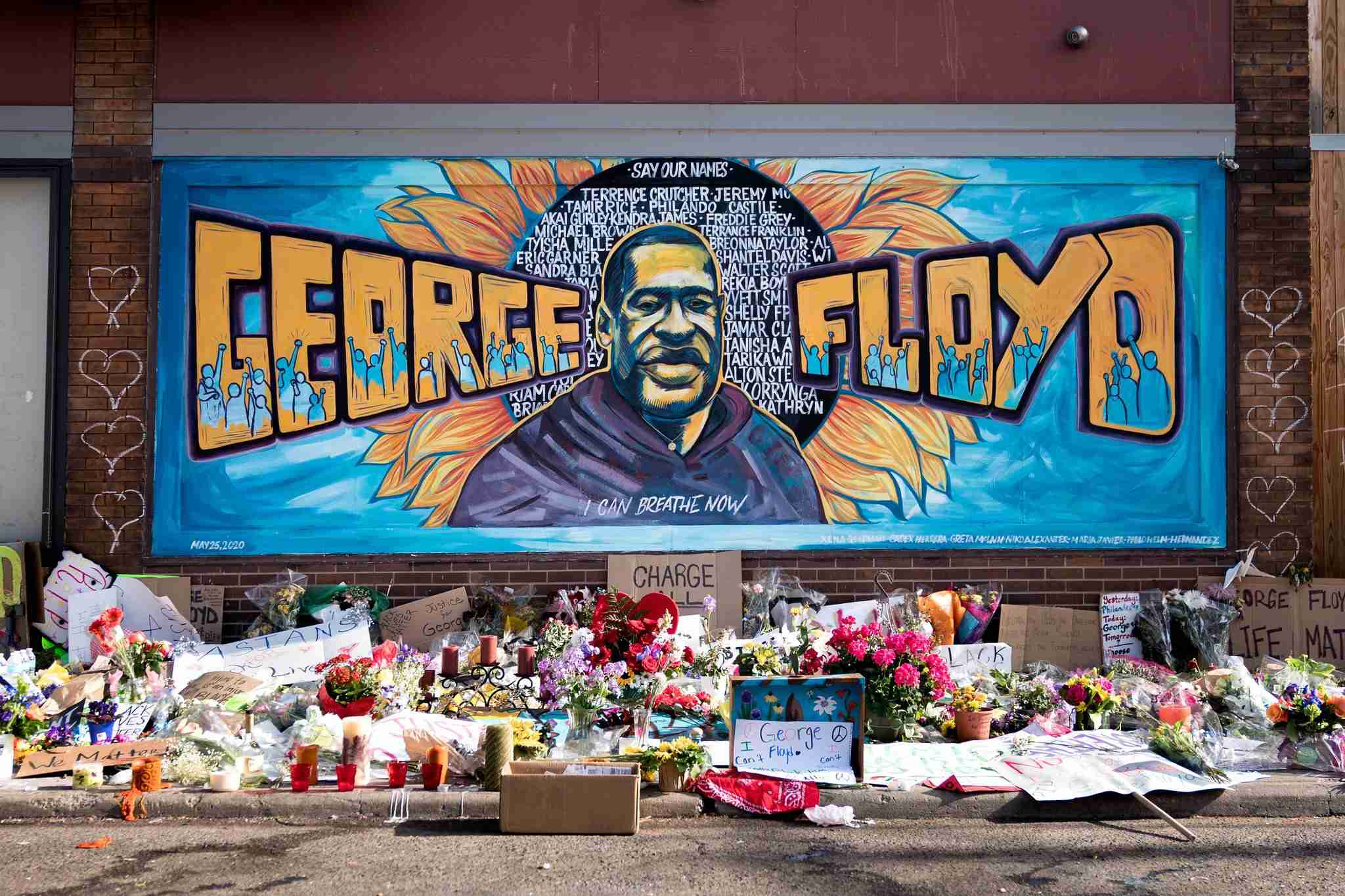 Religion contributes to climate change denialism
We also did a statement on Earth Day emphasizing that to combat climate change we must combat religion’s denialism. Religion’s view of the afterlife hinders our collective ability to tackle climate change, we commented. As Annie Laurie often says: “The only afterlife we ought to care about is leaving our descendants and our planet a secure and pleasant future.” 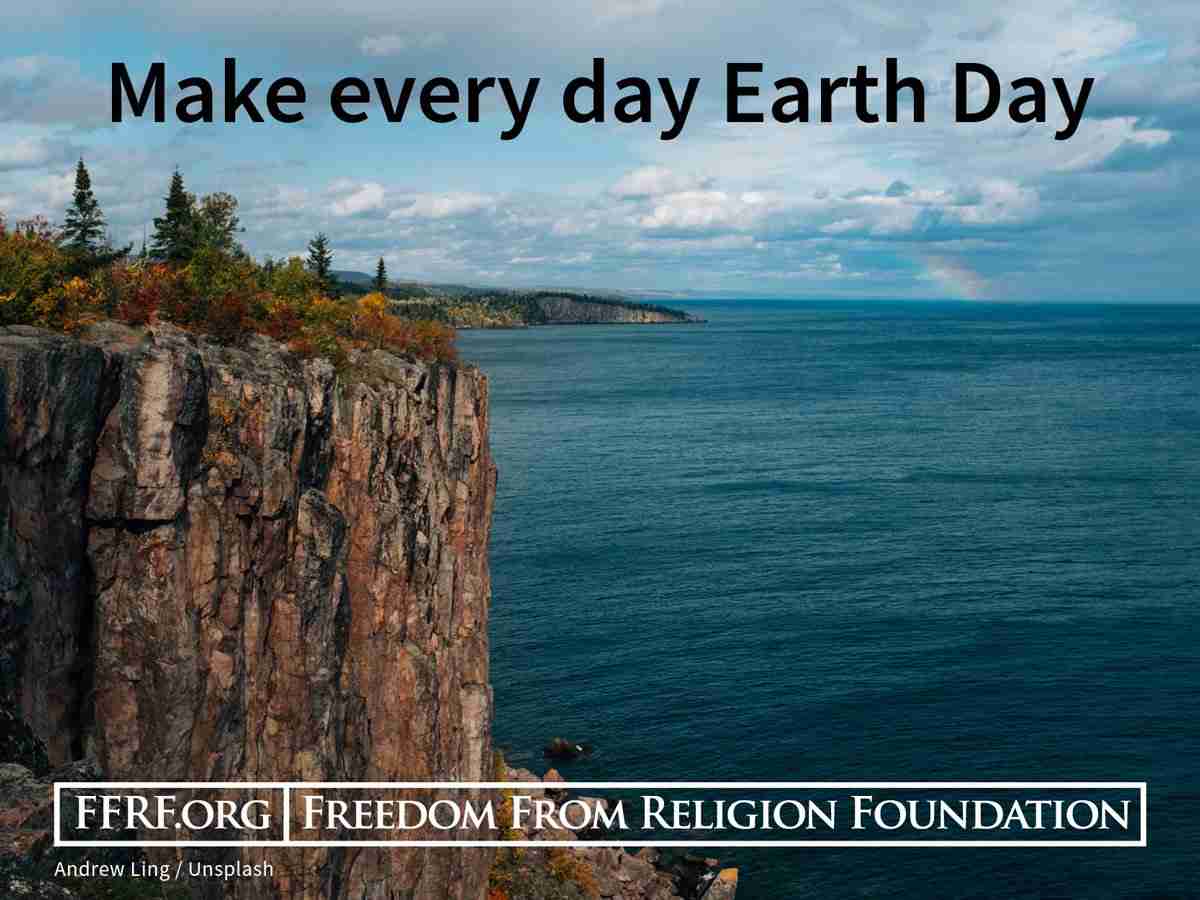 How to deal with religious trauma
On our radio show, we first celebrated Earth Day and 15 years of broadcasting Freethought Radio. And then Freethought Radio co-hosts Dan Barker and Annie Laurie Gaylor interviewed psychologist and educator Dr. Marlene Winell, author of Leaving the Fold: A Guide for Former Fundamentalists and Others Leaving Their Religion, who had tips for all of us on how to deal with religious trauma. 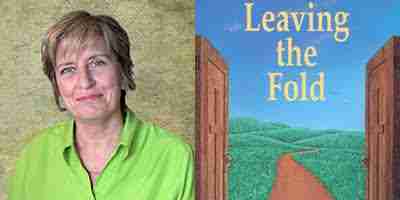 From an ultrareligious upbringing to a freethinking star
Our TV show on Sunday focuses on religious traumas, too. Alice Greczyn, a movie and TV star who has made a remarkable journey from an ultrareligious upbringing to an outspoken freethinker, talks about her traumatic experience of escaping religion and about her group Dare To Doubt, a resource for people who are leaving harmful belief systems. You can already watch the show on our YouTube channel. Or find out where you can catch it Sunday. 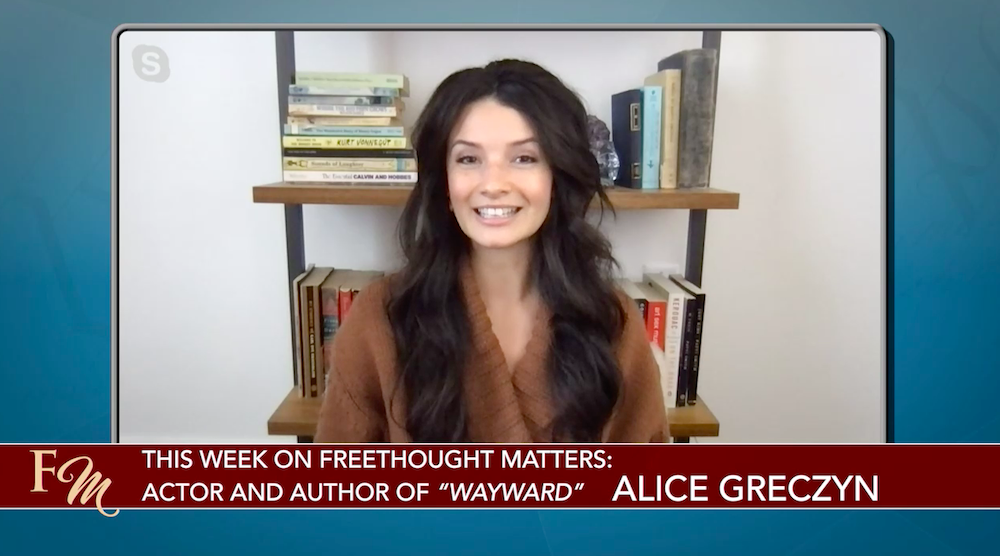 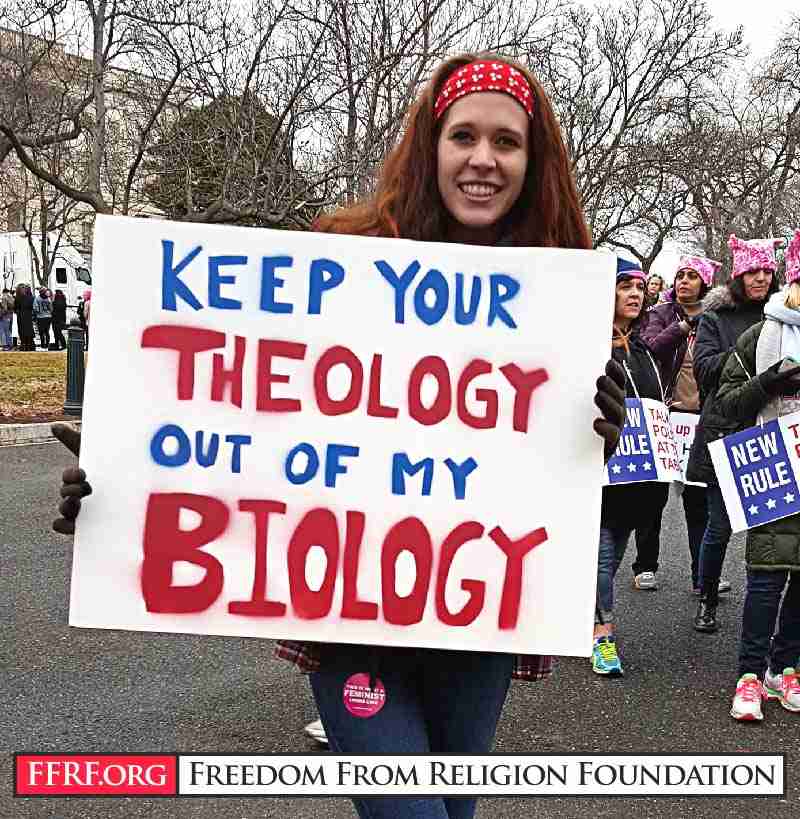 “Much like Eve in the Garden of Eden, religion often prevents women from seeking truth and knowledge,” she concludes. “Let’s work toward creating a world where women are informed and empowered to make the choices that are right for themselves.”

Life is randomly cruel
Veteran freethinker and writer Jim Haught laments in his blog that life is randomly cruel. He concludes: “No all-loving, almighty god exists. Logic doesn’t rule out a vicious god, but it precludes a kind one. So we have nobody to blame, except nature itself, for the tragedies that ravage a few, sparing others.” 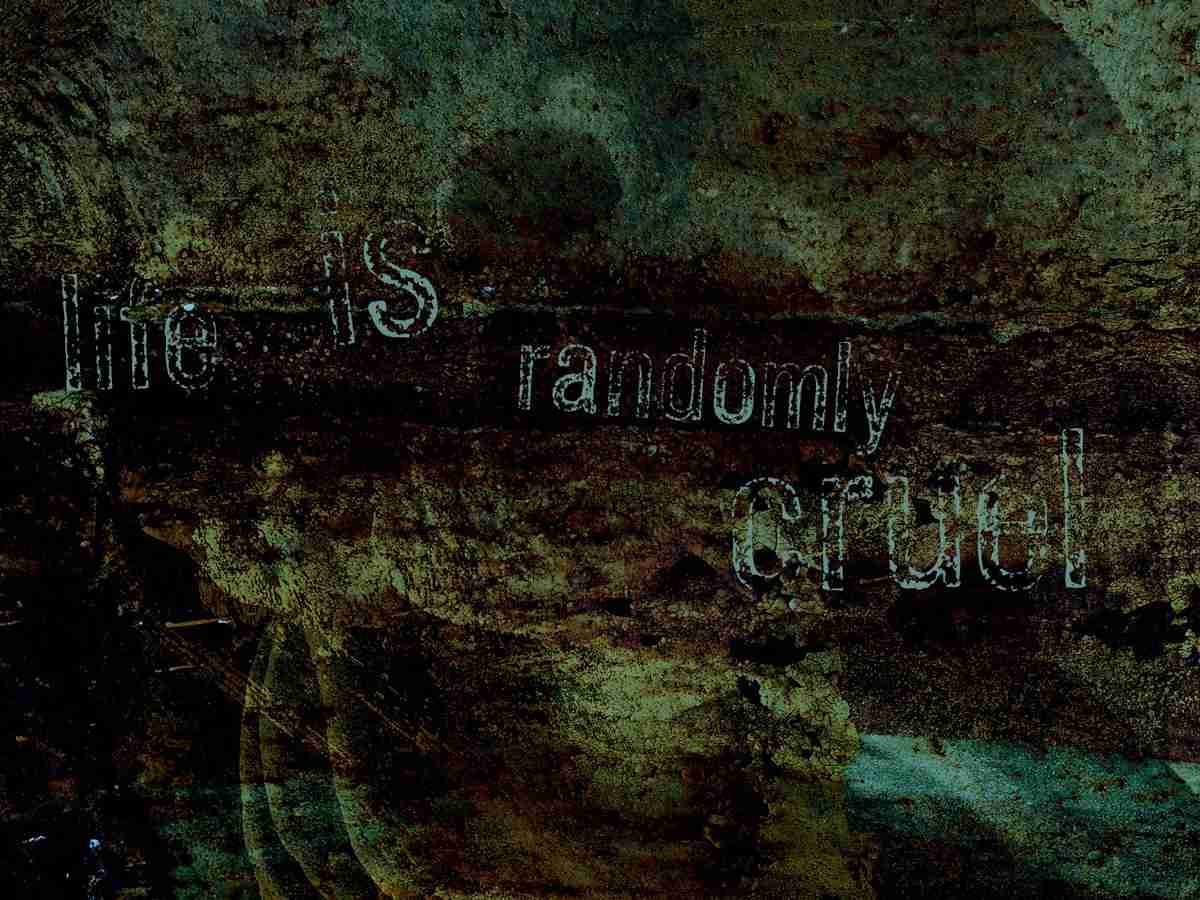 We freethinkers inherently know this: The world is in our hands. With your backing, we’re trying to make it a better place.