We at the Freedom From Religion Foundation got a lot accomplished even in a curtailed workweek.

Getting back to the office after the Memorial Day weekend, we immediately took on the religiously motivated onslaught in statehouses around the country against women’s rights. The U.S. Supreme Court is encouraging this trend by upholding regressive state-level anti-abortion legislation, such as in its recent decision on a law signed by Mike Pence when he was the governor of Indiana.

“Outlawing and restricting abortion access doesn’t decrease the number of abortions, it decreases the number of safe abortions,” we pointed out. “Americans should not stand by as women’s health is compromised in the name of a god who has no place in our secular laws and institutions.” 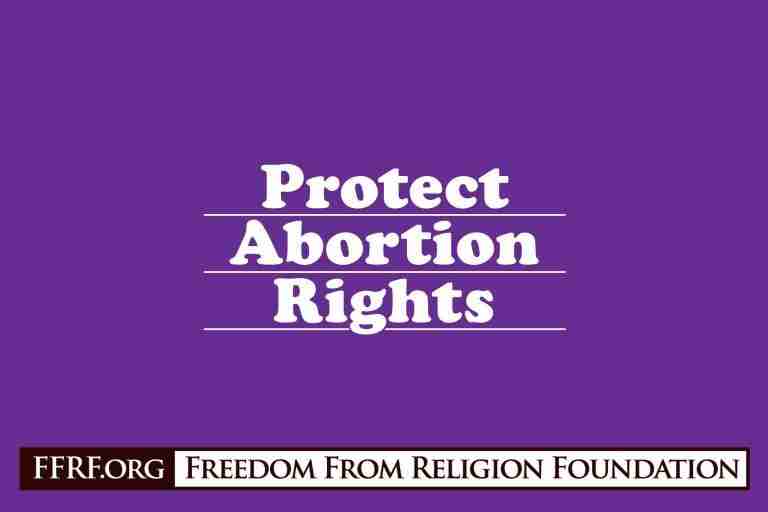 But even supposedly religious folks operate from a place of complete ignorance. On our radio show this week, FFRF Co-President Annie Laurie Gaylor and FFRF Associate Counsel Liz Cavell discuss what the bible actually says about abortion — not that it should matter when it comes to lawmaking in a secular country. Then, we celebrated the first anniversary of the overturning of the Irish abortion ban by talking with Ailbhe Smyth of Together For Yes, a group that’s received international renown for its successful referendum push last May. 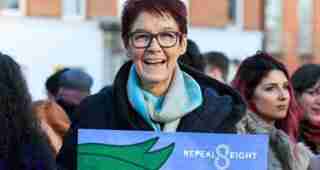 “A national organization that advocates for separation of church and state on Wednesday refiled an unusual federal lawsuit against a sitting judge who invites chaplains to hold a prayer service in the courtroom before calling his docket for the day,” the Houston Chronicle reports. “The Freedom From Religion Foundation is suing Justice of the Peace Wayne L. Mack, who serves in rapidly developing Montgomery County, north of Houston, as well as the state of Texas for allowing a practice the organization says violates the constitutional protections. The federal case originally sought relief from the judge and the county where he serves.”

FFRF Associate Counsel Sam Grover made clear to the Chronicle why we felt compelled to relitigate.

“When Judge Mack is acting on behalf of the state of Texas, he should not be dictating to the public how and when to pray,” Grover said. “Our goal is to ensure that every court in the state of Texas is equally accessible to everyone regardless of their personal religious or nonreligious beliefs.”

Sam pithily explains the case — and its significance — in our “Newsbite” segment. 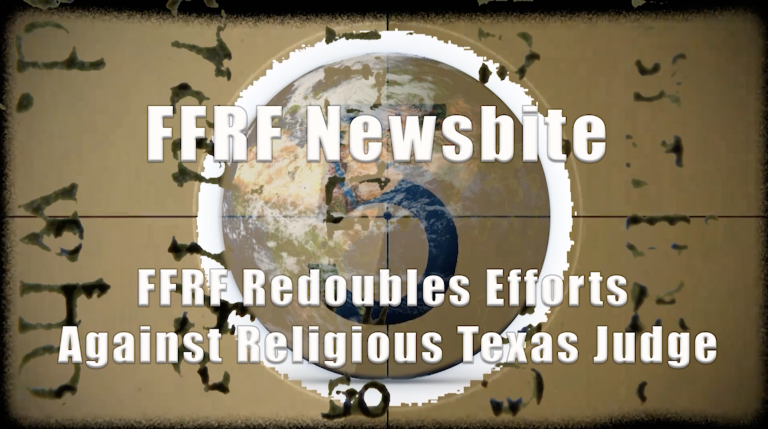 Sheriff, remove that Christian flag!
Of course, we were also engaged in our usual efforts to protect the First Amendment. When we learned of a sheriff’s office in Texas flying the Christian flag (!) outside its building, we insisted that it be immediately taken down.

“Such a blatant ratification of one religion by those sworn to serve and protect is extremely troubling,” Annie Laurie remarked. “This isn’t permissible in our secular constitutional setup.” 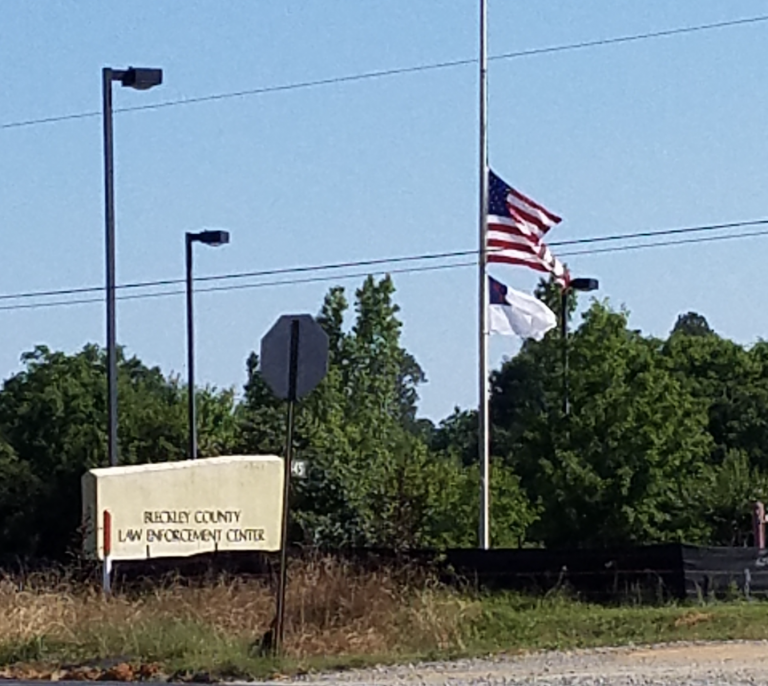 Freethinking in scenic Iceland
Annie Laurie and FFRF Co-President Dan Barker are currently in Iceland for an international freethinking gathering. They’re heading back soon, and we’ll have more details of their trip for you next week — a regular week.

Whether it’s a standard or a curtailed week, we pride ourselves in how much we get done during that time span in the defense of secularism — and we accomplish it all due to you and your generous backing.