Skip to content
PrevPreviousHypocrisy, God, and the Originalism of Judge Kavanaugh
NextFighting constitutionally in the dog days of summerNext

Christian Right and Russia prey together 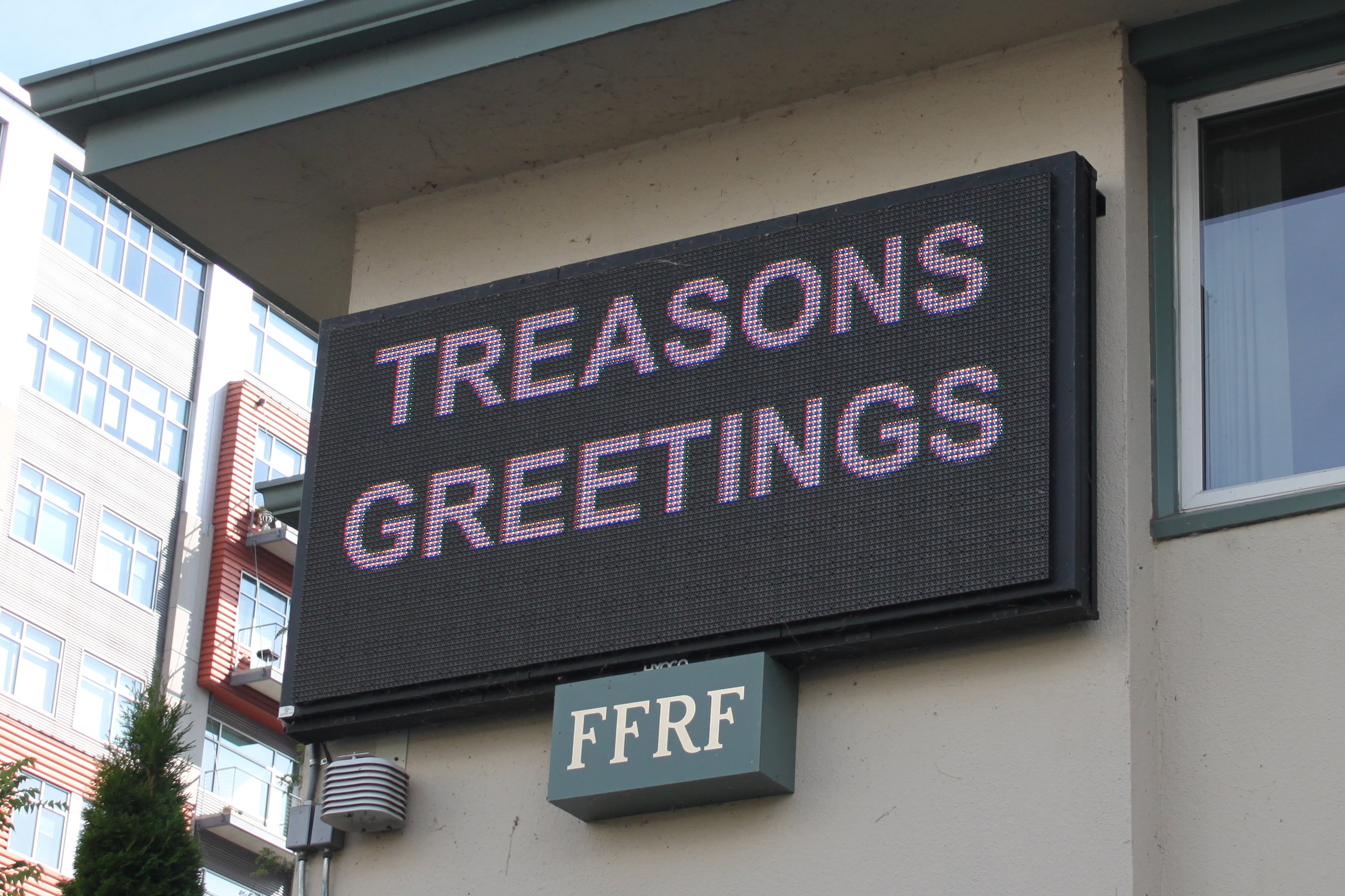 Did I tumble down a rabbit hole?

It turns out that the Christian Right and Russia are besties. Who knew? There’s an overwrought lovefest going on with Russia, and it’s not confined to the Sycophant in Chief.

Those of us of a certain age well remember the repugnance with which U.S. Christianity held the Soviet Union. “Godless communism” was the big threat, and opposition to it is responsible for some of our most intractable state/church entanglements. But today, right-wing evangelicals are in bed with Putin and his Russian agents, and maybe vice-versa.

In a bizarre news week, perhaps the most bizarre revelation of them all was the Justice Department’s discovery that indicted Russian operative Maria Butina chose to “establish a back channel of communication” at the annual National Prayer Breakfast. In other words, she allegedly used this nefarious gala of piety for espionage networking. As Butina fatuously emailed a prayer breakfast organizer, “A new relationship between two countries always begins better when it begins in faith.”

Butina attended the 2017 prayer breakfast with a group she reportedly described as “important political advisors to Russian President Putin,” followed by a “very private meeting.” Butina emailed a thank you to a prayer breakfast organizer, unnamed but believed to be the de facto director, Doug Burleigh, son-in-law of founder Doug Coe. At the 2018 National Prayer Breakfast, more than 50 Russians — believed to be the largest foreign contingent — attended, or rather infiltrated, thanks to Butina’s efforts.

Butina’s consort and Russian politician Alexander Torshin was set up to meet with Trump before the 2017 prayer breakfast, until White House officials canceled due to Torshin’s suspected ties to organized crime. Reputedly, however, Torshin was formally invited to the 2018 prayer gala. Torshin and Burleigh had spoken at a Russian version of a prayer breakfast in 2017. Burleigh has bragged about leading evangelical efforts for 50 years in Russia, according to Religion News Service.

The news service also reports that Torshin and Butina allegedly tried to set up a 2016 meeting between President Trump and Putin at a “Persecuted Christians Summit” in Moscow organized by evangelist Franklin Graham.

And as the TV infomercials put it, “There’s more!”

Russian Orthodox Church patriarch Kirill I, an opponent of human rights, is close to Putin, and is reported to have been a former KGB agent.

It shouldn’t really be surprising that Religious Right figures would approve of Putin. First of all, the Religious Right has no shame. It has long conceded the moral high ground in its unreserved embrace of Trump.

But Putin also works hand in glove with the Orthodox Russian Church, as nasty a denomination as they come. Long-bearded, black-robed patriarchs persecuted the young feminist rebel band, Pussy Riot, leading to its prosecution. The church detests homosexuality, and is an ardent foe of abortion rights and LGBT rights.

From the perspective of Christian Right zealots, what’s not to like? Russia now has a godly oligarchy fully blessed by the Russian Orthodox Church and, apparently, by leading Christian nationalists in the United States. 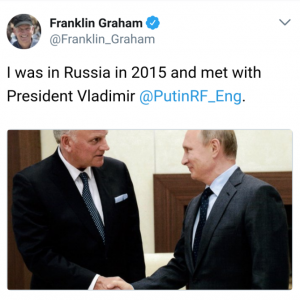 Stewart points out that Russia has cultivated far-right groups in Europe: “Anti-LGBT politics are an effective tool in mobilizing religious nationalists everywhere, which is in turn an excellent way to destabilize the Western alliance and advance Russia’s geopolitical interests.”

Putin and Christian Nationalists don’t just pray together — they prey together.

Annie Laurie Gaylor is co-president of the Freedom From Religion Foundation. She co-founded FFRF in 1976 as a college student with her mother Anne Nicol Gaylor. She served as the editor of FFRF’s newspaper, Freethought Today, from 1985-2009. She became FFRF co-president with Dan Barker in 2004. Annie Laurie has authored three books for FFRF: Woe to Women: The Bible Tells Me So; Woe to Women: The Bible Tells Me So; and Women Without Superstition: “No Gods – No Masters”, the first anthology of women freethinkers.
All Articles by this author
PrevPreviousHypocrisy, God, and the Originalism of Judge Kavanaugh
NextFighting constitutionally in the dog days of summerNext