Skip to content
PrevPreviousNow are you alarmed by the intrusions of religion into our secular government?
NextChristian Nationalism takes center stage at March for Life eventNext

Christian Nationalist members of Congress, a ‘national hymn’ and lots of positive news

January is not quite over, but we at the Freedom From Religion Foundation are already in the thick of things.

We released a big report this week on Christian Nationalist members of Congress who voted to deny the presidential election results even after the Capitol attack.

“Our nation is properly examining the white supremacist, anti-government, Christian Nationalist ideologies of the insurrectionists who broke into the Capitol to steal the election,” FFRF Co-President Annie Laurie Gaylor remarked. “But many members of Congress share at least some of these extremist views, and are essentially dedicated to overthrowing the secular principles of our government.”

Read the shocking views of the eight senators and many of the House members who refused to certify the elections. 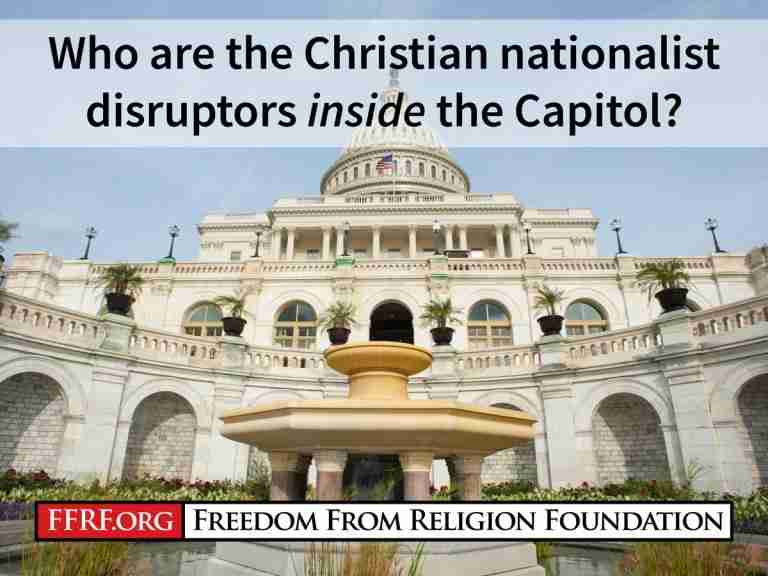 An expert on the intersection of religious and racial extremism is the guest on the Freedom From Religion Foundation’s TV show this Sunday. Robert P. Jones, the CEO and founder of Public Religion Research Institute, is the author of the 2016 book, The End of White Christian America, and the recently released White Too Long: The Legacy of White Supremacy in American Christianity. Don’t miss this timely interview! Jones, a religionist himself, squarely places much of the blame for white supremacy upon Christian America. You can already watch the show on our YouTube channel. Or find out where you can catch it this Sunday. 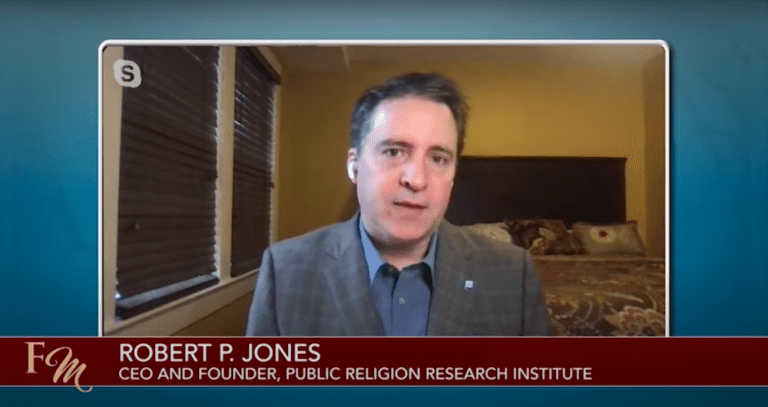 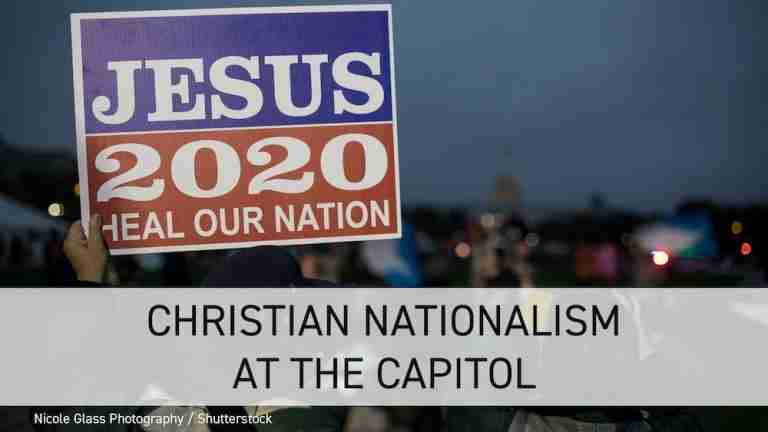 Veteran freethinker and writer Jim Haught laments in his blog on how the intolerance of evangelicals led them to throw in their lot with Donald Trump. 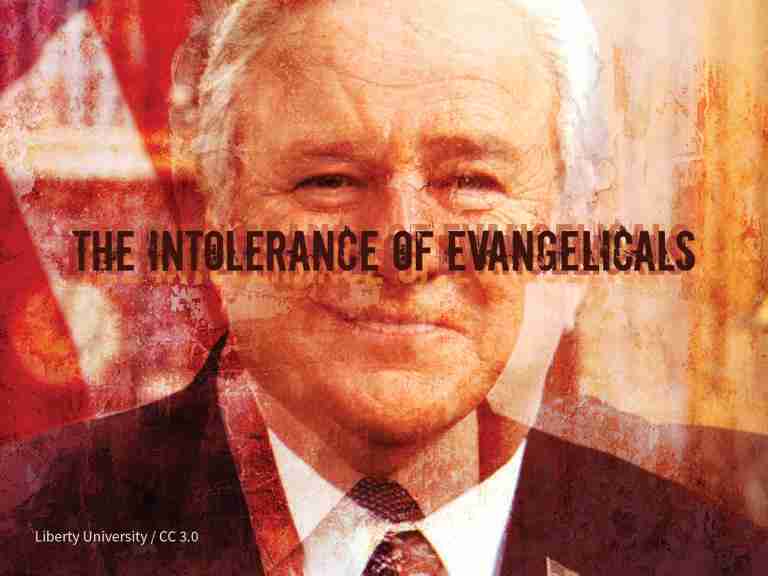 “Trump’s most ardent supporters were white evangelicals, who backed him by an astounding 81 percent at the polls,” he writes. “It seemed as if those fundamentalists eagerly embraced bigotry.”

No ‘national hymn,’ please
We joined up with Black Nonbelievers to appeal to congressional leader and civil rights activist Rep. James Clyburn to drop his recent misguided proposal for a “national hymn.” Healing must include all Americans, not just believers, the heads of our two nontheistic groups emphasized. FFRF and Black Nonbelievers urge instead more meaningful action to remediate the legacy of slavery and institutional racism.

Mandisa Thomas of Black Nonbelievers appeared on our radio show to tell us why her group was opposing Clyburn’s proposal. Then FFRF Co-Presidents Dan Barker and Annie Laurie Gaylor spoke with Sasha Sagan, daughter of Carl Sagan and Ann Druyan, about her charming book For Small Creatures Such As We: Rituals For Finding Meaning in Our Unlikely World. 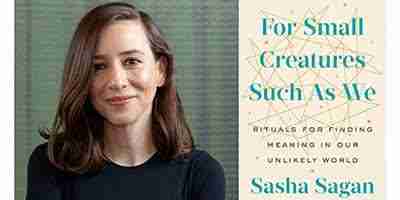 A lot of positive news
We had lots of positive news to acknowledge, too. We welcomed many of President Biden’s early actions to reverse course on measures taken by the previous administration. These executive orders are a cause for hope and celebration for those who value our secular democracy, we noted. And we applauded the Biden administration for revoking the draconian global gag rule that denied U.S. funding to foreign nongovernmental organizations providing any information, counseling or care about abortion. 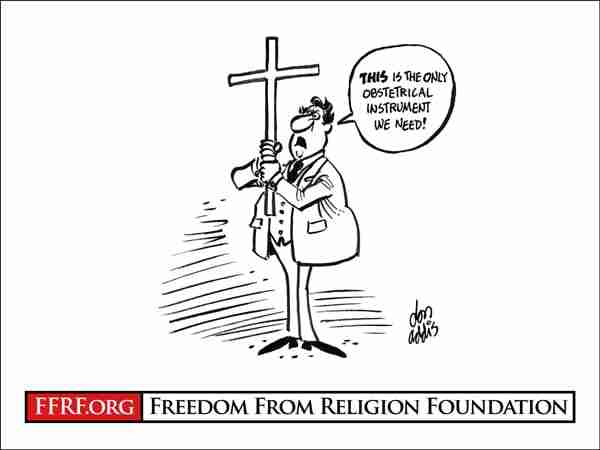 There were two developments at the local level this week that we took pride in helping bring about. We hailed a victory for religious freedom and secular inclusion in a Florida county where David Williamson, a director and co-founder of the Central Florida Freethought Community (a chapter of FFRF), offered what is believed to be the first-ever secular (nonreligious) invocation after a nearly five-year-long legal battle in which FFRF was a major participant. And we celebrated a federal appeals court’s decision affirming that the city of Boston has the right to deny citizens’ requests to fly a divisive Christian flag in front of City Hall. FFRF had previously joined a friend-of-the-court brief supporting the city’s opposition to Christian residents who demanded the unfurling of the flag — white with a blue rectangle in the corner inset with a blood-red Latin cross — on government property. 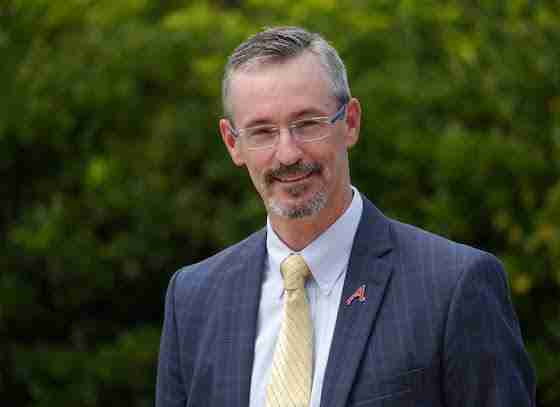 Our scientific billboard
Along with our Chicago chapter, we unveiled a timely secular advertising campaign promoting science and pandemic safety in the Windy City. The artwork features a striking image of Charles Darwin wearing FFRF’s “In Science I Trust” face mask next to the message: “In Science We Trust. Please Stay Safe.” “Our important message — that science works and to trust in science — was a natural selection given the continuing pushback by the Christian Right against masking and social distancing mandates,” said Dan.

Keeping tabs on our home state
We’re always particularly concerned about our own neighborhood. We called on our home state’s DOJ to launch a statewide probe into the Roman Catholic clergy’s serial sexual abuse and cover-up. And we sent an urgent letter to all members of the Wisconsin Assembly asking them to “listen to the science” and protect the current statewide mask mandate. “We simply cannot accept any additional preventable deaths,” we wrote. 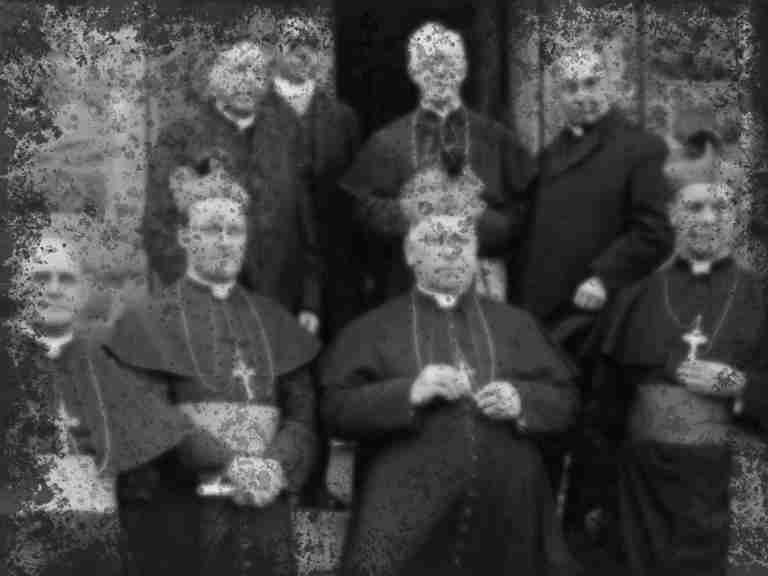 Annie Laurie wrote a blog on a hometown priest who was left hanging dry by the Madison Roman Catholic Diocese because he was performing the “wrong sort of exorcisms.” “In the 21st century, what would possess a grown man to believe in demons?” she asked.

A Congresswoman who survived both Jonestown and Jan. 6
She had another blog connecting the Capitol assault with the horrific religious mass murder/suicide in Jonestown, Guyana, through Rep. Jackie Speier, who survived both attacks. “It is indeed time to take renewed alarm, and double down on vital work to defend our secular republic,” Annie Laurie concluded. 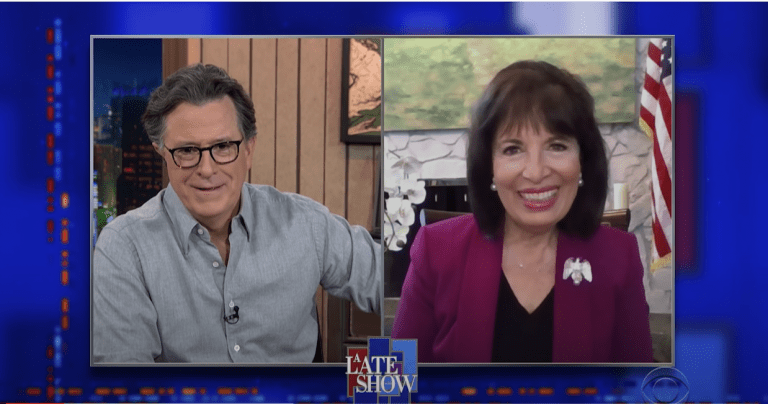 We certainly intend to do that — with your generous backing.

All Articles by this author
PrevPreviousNow are you alarmed by the intrusions of religion into our secular government?
NextChristian Nationalism takes center stage at March for Life eventNext