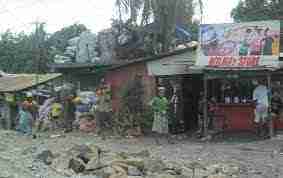 Dan toured Manila, including some of its festering slums, as part of an atheist conference in April. He was saddened and horrified by the Manila garbage dump (nicknamed the Smokey Mountain, because trash is always burning). Many Filipino families and small children live in “trash town,” the city’s huge dump. The Filipino atheists reported at that conference that a bill to subsidize contraception and make it accessible to all women is being fought tooth and nail by the Roman Catholic Church. It’s no surprise that the Philippines has one of the highest birthrates in Asia. 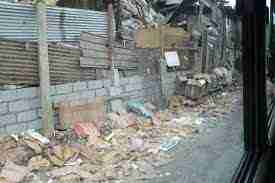 There is new hope for a bill to provide contraception and require sex education, which has languished for years in the House. It is backed by President Benigno S. Aquino IIII. Its opposition, the powerful Catholic Bishops’ Conference of the Philippines, ludicrously insists that a “positive birthrate and a population composed of mostly young people .  . . fuel the economy.” So said Jose Palma, president of the conference, (apparently with a straight face) to The New York Times (“Manila Hospital, No Stranger to Stork, Awaits Reproductive Health Bill’s Fate,” Nov. 10, 2012).

Saturday’s Times ran a heartbreaking article about Manila’s government-run maternity hospital, so overcrowded that women are only admitted when they’re just about to give birth. They sleep at least two to a bed, and are surrounded by nursing mothers and women in labor. More than 17,700 babies were born last year at the hospital, a former prison. The hospital sees as many as 80 deliveries a day during the “peak delivery season, September to December.”

Floyd Whaley wrote about the plight of Jelly Galia, 44, who lives in a slum with her unemployed husband and seven children. Her eighth baby died shortly after birth.

“I don’t want to have any more babies,” Whaley reported her saying, as she wiped tears from her eyes. 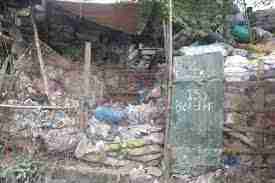 Said Dr. Esmeraldo Ilem: “Family planning in the Philippines is not about population control. It is a health intervention. We are focusing on women who are too young, too old, too poor or too sick to have babies but their situation does not allow them to stop.”

It’s not just in the Philippines where the heavy hand of the Catholic Church keeps women literally barefoot and pregnant. The birthrate in the Catholic Philippines is 24.98 out of 1,000 (compared to 13.7 in the United States). The birthrate is 20.29 in El Salvador, 24.66 per 1,000 in Honduras, and 26.48 in priest-ridden Guatemala. The birthrate is 18.87 per 1,000 in Mexico — where early abortion is only readily available in Mexico City although allowed up to 12 weeks in many Mexican states. Maternal mortality is high in most of these Catholic states, along with poverty, illiteracy, maternal and newborn death rates, short life spans and the environmental problems concomitant with overpopulation.

(Uruguay’s birthrate is less than the United States’ birthrate at 13.4 births per 1,000. Uruguay traditionally was a freethinking state; you may recall its officials were perceived as “snubbing” Pope John Paul’s 1988 visit. Last month, Uruguay legalized abortion. It is the second country in Latin America, after Cuba, to legalize abortion for all women up to the first 12 weeks of pregnancy.) 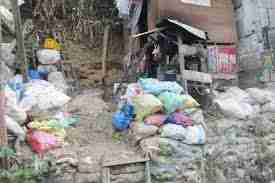 The Catholic Church has much to answer for. It likes to bandy about the word “evil.” If “evil” is intentionally inflicting harm, when you have the power to stop that harm, the church is the very embodiment of evil. By aggressively, relentlessly fighting reproductive rights, it’s committing the “sin of commission.” By doing nothing to get to the root of the problems of women’s oppression and overpopulation, the church is committing the “sin of omission.”

Speaking of the Vatican, in the face of the Church’s sound defeat in the United States despite its interference against Obamacare and gay marriage initiatives, it now poses as martyr.

In the Vatican newspaper’s front page article Saturday, without any intended irony, it labeled itself “the lone critic of modernity.” The Vatican’s finally got one thing right.

I wish FFRF could take our full-page advertisement, “It’s Time to Quit the Catholic Church,” around the world! 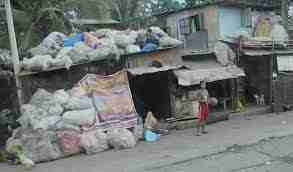 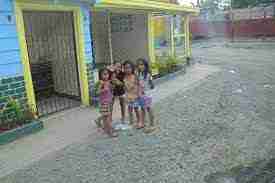 This photo was taken just outside the entrance to the dump, very close to the trash houses. (All photos by Dan Barker.)

Annie Laurie Gaylor is co-president of the Freedom From Religion Foundation. She co-founded FFRF in 1976 as a college student with her mother Anne Nicol Gaylor. She served as the editor of FFRF’s newspaper, Freethought Today, from 1985-2009. She became FFRF co-president with Dan Barker in 2004. Annie Laurie has authored three books for FFRF: Woe to Women: The Bible Tells Me So; Woe to Women: The Bible Tells Me So; and Women Without Superstition: “No Gods – No Masters”, the first anthology of women freethinkers.
All Articles by this author
PrevPreviousThe “nones” have it
Next“This house does not believe in God”Next