Skip to content
PrevPrevious“This house does not believe in God”
NextBill O’Reilly is not a Catholic, and neither are you!Next

Last week I wrote a blog about the heavy hand of the Catholic Church upon women in the Philippines. 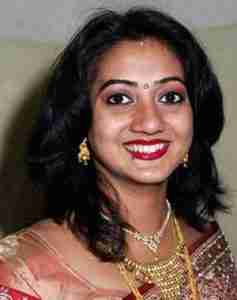 Two days later came news of the horrifying and unnecessary death of a young, professional Indian woman living in Galway. Savita Halappanavar died after an incomplete miscarriage, denied a life-saving abortion because in predominantly Catholic Ireland the hospital was too cowardly to save her life.

Even though Ireland’s constitution bans abortion, a 1992 Supreme Court ruling was issued permitting abortion when the woman’s life is at risk.

Savita’s pregnancy was wanted. She wasn’t seeking an abortion, she was seeking medical intervention to complete a miscarriage. The hospital, afraid of Catholic criticism, held back, waiting for the fetus to die on its own. Thus, in the name of saving an already doomed fetal life, a woman’s life was lost as well. Savita, a married dentist, was pronounced dead Oct. 28, after a week of suffering. Dying of blood septicemia (blood poisoning) is one of the most gruesome and painful of deaths.

“Savita was really in agony. She was very upset, but she accepted she was losing the baby,” her husband, Praveen Halappanavar, an engineer, told Irish Times. He said Savita begged for a termination, after being told a miscarriage was ongoing. The termination was denied on the grounds that a fetal heartbeat could be detected. Savita finally miscarried on Oct. 24, but died four days later. The Belfast Telegraph reported “the most poignant detail of the death of Savita Halappanavar is that, as she was wheeled into the operating theatre, she talked of her hope of having more children in the future.”

Ireland is in revolt against the Catholic Church, with numbers of Catholics dropping perhaps more dramatically in that nation that in any other. To their credit, many Irish have walked out on the Catholic Church following wave upon wave of scandals involving preying pedophile priests, and the hierarchy that covered for their crimes. Many Irish Catholics, after decades of subjection to punitive Catholic institutions, seem to have had enough. Now it’s time to get rid of the Catholic Church-inspired abortion ban.

In the republic of Ireland, women seeking abortions must still fly or ferry over to London or other English parts. That works if you have time and money, but think of the teenagers, women without means, and women such as Savita, who are trapped in a Catholic country which does not recognize reproductive liberty.

Even in Northern Ireland, according to The Belfast Times, Savita would not have met criteria dating to the 1861 Offenses against the Person Act. Northern Ireland offers only early abortions (the first Marie Stopes clinic opened to massive religious protests in late October), but threatens doctors with life imprisonment for signing off on later abortions.

Tens of thousands marched through Dublin Nov. 17 in memory of Savita, chanting “Never again” as they walked to the office of Prime Minister Enda Kenny. It’s time for Ireland to safeguard women’s health, lives and rights.

Ironically, this is the kind of death one expects to happen in the ‘Third World.’ Had Savita been in her home country of India, she would have received first-world medical care, and not turned into a sacrifice on the altar of Catholic doctrine.

What we’ve said in full-page ads this year in The New York Times, the Washington Post, USA Today and The Los Angeles Times, bears repeating, to any nominal Catholic — U.S. or Irish:

It’s time to quit the Catholic Church. Join those of us who put humanity above dogma.

Annie Laurie Gaylor is co-president of the Freedom From Religion Foundation. She co-founded FFRF in 1976 as a college student with her mother Anne Nicol Gaylor. She served as the editor of FFRF’s newspaper, Freethought Today, from 1985-2009. She became FFRF co-president with Dan Barker in 2004. Annie Laurie has authored three books for FFRF: Woe to Women: The Bible Tells Me So; Woe to Women: The Bible Tells Me So; and Women Without Superstition: “No Gods – No Masters”, the first anthology of women freethinkers.
All Articles by this author
PrevPrevious“This house does not believe in God”
NextBill O’Reilly is not a Catholic, and neither are you!Next