Cal Thomas has been one of the most widely syndicated columnists in the country, and yet his writings have never made a lick of sense to me. 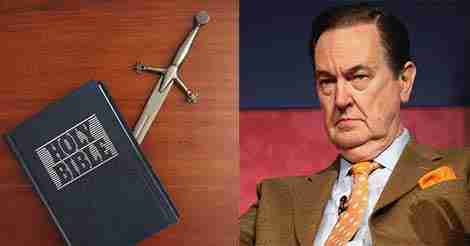 Cal’s at it again this Christmas time, putting on display his strongly religious beliefs. He intones:

“The Person Christmas is supposed to be about offers a different kind of peace from what the world offers and is unable to deliver: ‘Peace I leave with you; my peace I give you. I do not give to you as the world gives.’” (John 14:27)

I wonder how Cal reconciles that with his war-mongering. Cal supported even that completely reckless folly, George W. Bush’s invasion of Iraq. A few days after the war started in March 2003, he lauded “this noble venture to free an oppressed people and to make our own country safer and better able to defend itself against the ‘axis of evil.’” Eight years later, when most everyone had given up on that disastrous venture, he was still championing it.

It’s hence a bit rich when in his Christmas discussion about “armed conflicts around the world,” he is unwilling or unable to perceive that much of this conflict in the Middle East is a fallout of a war that he backed to the hilt.

But self-consciousness or irony has never been a big part of the mental makeup of evangelical flag-bearers such as Cal. That’s why he backs someone like Donald Trump, who is as seemingly un-Christian as anyone can be. Cal still threw his support to him, albeit with “misgivings.” Perhaps what made him line up behind Trump was their shared anti-Muslim prejudice. Cal wrote in 2008 after the terrorist attacks in Mumbai, India: “They have infiltrated — and are infiltrating — Britain, much of Western Europe, America (and India) through immigration and high birthrates.” Whether “they” was a reference to radical jihadists or all Muslims was deliberately left ambiguous. It’s no surprise that Cal has written approvingly of Trump’s Muslim immigration ban.

Cal once worked with Jerry Falwell (as vice president of Moral Majority!), and so the insufferableness naturally seeps through in his views again and again. “God designed norms for behavior that are in our best interests,” he preached after Bill Clinton became the first president to appear before the gay rights organization Human Rights Campaign. When Obama had the temerity to also speak to the group years later, Cal went into overdrive.

“Mr. Obama won the election with just 52 percent of the popular vote and a margin of 7 percent over Sen. John McCain,” he declaimed. “This should not be seen as a mandate for him and his administration to make over America in a secular and liberal image.”

Obviously, Cal doesn’t have the same concerns about a mandate when Trump’s minority-approved presidency attempts to hand over the country to the Religious Right.

I’ve actually had the (dis)pleasure of meeting Cal Thomas, and am happy to report that in person, he’s as obnoxious as his writings. Some years ago, he and I were attending a journalists’ conference in Denver. We boarded the same shuttle from the airport to the convention hotel, aboard which I didn’t give him the satisfaction of admitting to recognizing him. When we arrived together early afternoon at the hotel to check-in, we were told we’d have to wait till 3 p.m. for rooms to be available. Cal immediately threw a fit. He exclaimed, “What is this hotel? Motel 6?!” (I’ve always wondered if Motel 6 could sue him for defamation.)

In spite of all his shortcomings, however, Cal has a better understanding of Christianity than is apparent at first glance. He ends his Christmas column with a homily urging everyone that true peace can be found only through Jesus. This could explain the apparent contradiction of Cal following Jesus and yet still loving war. After all, it is Jesus who said in the bible: “Think not that I am come to send peace on earth: I came not to send [or bring] peace, but a sword.” (Matthew 10:34)

Cal is actually more on point than even he himself realizes. 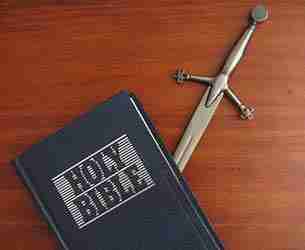 AMITABH PAL is the Communications Director of FFRF. Prior to joining in February 2016, he was the Managing Editor of The Progressive magazine for more than a decade. He was also the editor of the Progressive Media Project, an affiliate of The Progressive that sends out op-eds through the Tribune Wire Service to hundreds of newspapers in the United States and other countries. Pal has appeared on C-SPAN and BBC and television and radio stations all over the United States and abroad. His articles have been published in school and college textbooks in the United States and Australia. Pal teaches a course at Edgewood College in Madison, Wisconsin. He has a Master's in Journalism from the University of North Carolina and a Master's in Political Science from North Carolina State University.
All Articles by this author
PrevPreviousHaving Solstice fun as we advocate
NextTrump’s Cabinet prayer and pressure on pressNext