Biden must stand up for abortion rights 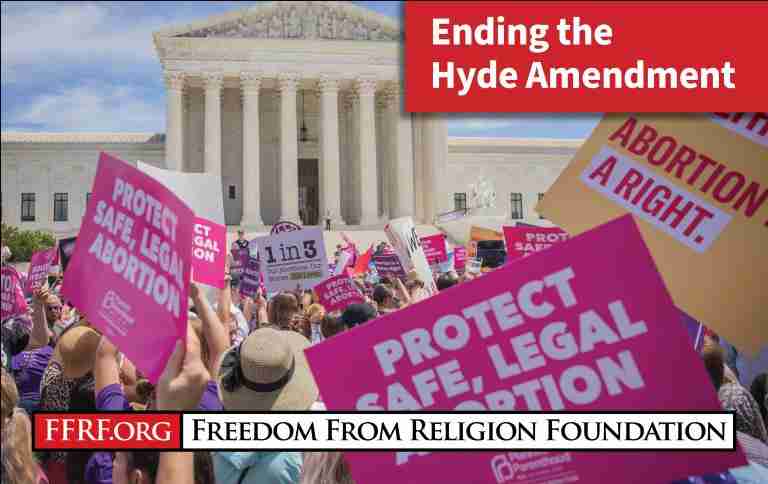 The Catholic Church is no stranger to pressuring its parishioners to comply with its archaic practices. We can currently see this type of intimidation on full display in the political arena.U.S. bishops are threatening to deny President Biden communion because he supports a woman’s right to an abortion, even though he’s a devout Catholic. In fact, these bishops plan to address “the situation of Catholics in public office who support legislation allowing abortion, euthansia and other moral evils” at the U.S. Conference of Catholic Bishops in June.

Undoubtedly, the bishops hope to intimidate Biden and like-minded pro-choice Catholic and other politicians. This tactic not only weaponizes religion, but is a brazen attempt at infringing on the separation between church and state.

I would be lying if I said that I was shocked by this behavior. But I’m not. In fact, it’s par for the course of the patriarchal Catholic Church. As a former Catholic who spent my formative years in Catholic school, I am all-too-familiar with the ways that the Church’s exclusively male leadership instills fear in those who sit in their pews. In fact, by fifth grade, I was well-versed in the differences between venial and mortal sins: Venial sins included not listening to my teachers or copying my friend’s math homework. Mortal sins were much graver and encompassed murder, rape, perjury, adultery and incest.

According to the Catholic faith, taking the communion wafer, which becomes the Body of Christ when consecrated by the priest, is forbidden unless one has been formally absolved of their mortal sins in confession with a priest. The cruel irony is that thousands of priests who dole out communion (and listen to confessions) have sexually abused children in schools, churches and playgrounds. They encounter no consequences or accountability because the Catholic Church provides little to no oversight or cooperation with law enforcement. In my own school, a priest sexually abused a fellow classmate — he was transferred to a different school where he continued his abuse.

Clearly, the Catholic Church must address the very real evil of priests who molest children. This should certainly be at the top of its to-do list. Sadly, it is not. Instead, the bishops conference has chosen to focus its energy to fight those who support the human and constitutional right to an abortion. I’m familiar with this type of gaslighting. Indeed, the same priests at my school who were aware of the abuse dared to tell us young girls that abortion is evil and worthy of hellfire. Twenty years later, nothing has changed.

Not only is this negligent, it isn’t congruent with reality (or, frankly, humanity). There are currently 158 Catholics in Congress. Many of them are Democrats who support abortion rights. Beyond public figures, the majority of Catholics now support legal abortion. In fact, a Pew Research Center poll found that 56 percent of Catholics said that abortion should be legal in all or most cases. Therefore, it should be to no one’s surprise that the Catholic Church is losing more members than any other religion in the United States.

I hope Biden continues to embrace and prioritize reproductive and women’s rights. An important and necessary step would be to omit the Hyde Amendment from the appropriations bill. This amendment denies federal funding for abortion to women on Medicaid, the Indian Health Service plan, and women in the Peace Corps, military, and federal prisons. It was introduced by Rep. Henry J. Hyde, a staunch Catholic who was praised by the Catholic Church for his anti-abortion crusade. I can think of no better way to send a stern message to Catholic leadership than Biden refusing to be coerced into religiously rooted policies.

As for me, I am comforted by my decision to leave the Church. In fact, I am reminded about the beauty of secularism, feminism, science and progress. I hope that President Biden stands up for these values too.

BARBARA ALVAREZ is a contributing writer for the Freedom From Religion Foundation. Previously she had held the role as FFRF's inaugural Anne Nicol Gaylor Reproductive Rights Intern, a program set up to memorialize FFRF’s principal founder, who was an early abortion rights activist and author of the book Abortion is a Blessing. Barbara was a major winner in FFRF’s essay competition for graduate students, writing about the bible’s role in the abortion battle.
All Articles by this author
PrevPreviousCarl Sagan was a brilliant skeptic
NextNational media attention, a White House meeting, our own media offerings & Carl SaganNext