Public schools are allowed to teach about the bible in a secular manner—to analyze a passage as literature, to explain a biblical allusion in another work, to talk about the founding of Christianity in a history class, for example. They are not allowed to teach the bible as truth. Nor should they do what appears to be going on Hamilton County, which is teach the bible as ethics, a strategy all the more sinister for its veneer of irreligiosity.

The Hamilton County program is propped up by an organization called Bible in the Schools, which fundraises for the program so the school district doesn’t spend money on it. Its president “grew up in a strong Christian family” as the daughter of a preacher, attended a Christian college, and is an “active member” of a Presbyterian church.

Accepting outside money to fund a bible class would seem to demonstrate that the school district realizes it shouldn’t be funding such a class itself. It also gives influence over the schools to a private religious group that clearly has a Christian agenda.

Bible in the Schools is careful to say it does not proselytize, but constant use of words like “morality,” “wisdom,” “ethics,” and “values,” coupled with more overt references such as those in the president’s bio, make it clear what they are hoping students get from bible lessons. There are also several eyebrow-raising videos on the group’s YouTube page, including one called “Who Are We to Judge,” a video whose low-budget bad political ad editing would be laughable if it weren’t disapprovingly showing celebrities offering basic criticisms of the bible to demonstrate why public school students need to take bible classes.

And it’s not just the private group putting out dog whistles for the religious. In that video, Hamilton County bible teachers themselves sarcastically say:

“Unfortunately, these are not isolated opinions,” they opine. (They also manage to denigrate gay people, trans people, a women’s right to choose, and unmarried cohabiting couples in the video.) See also a few of the more astounding testimonials from the teachers of the classes listed on the “Celebrating the Harvest” stories page of Bible in the Schools: 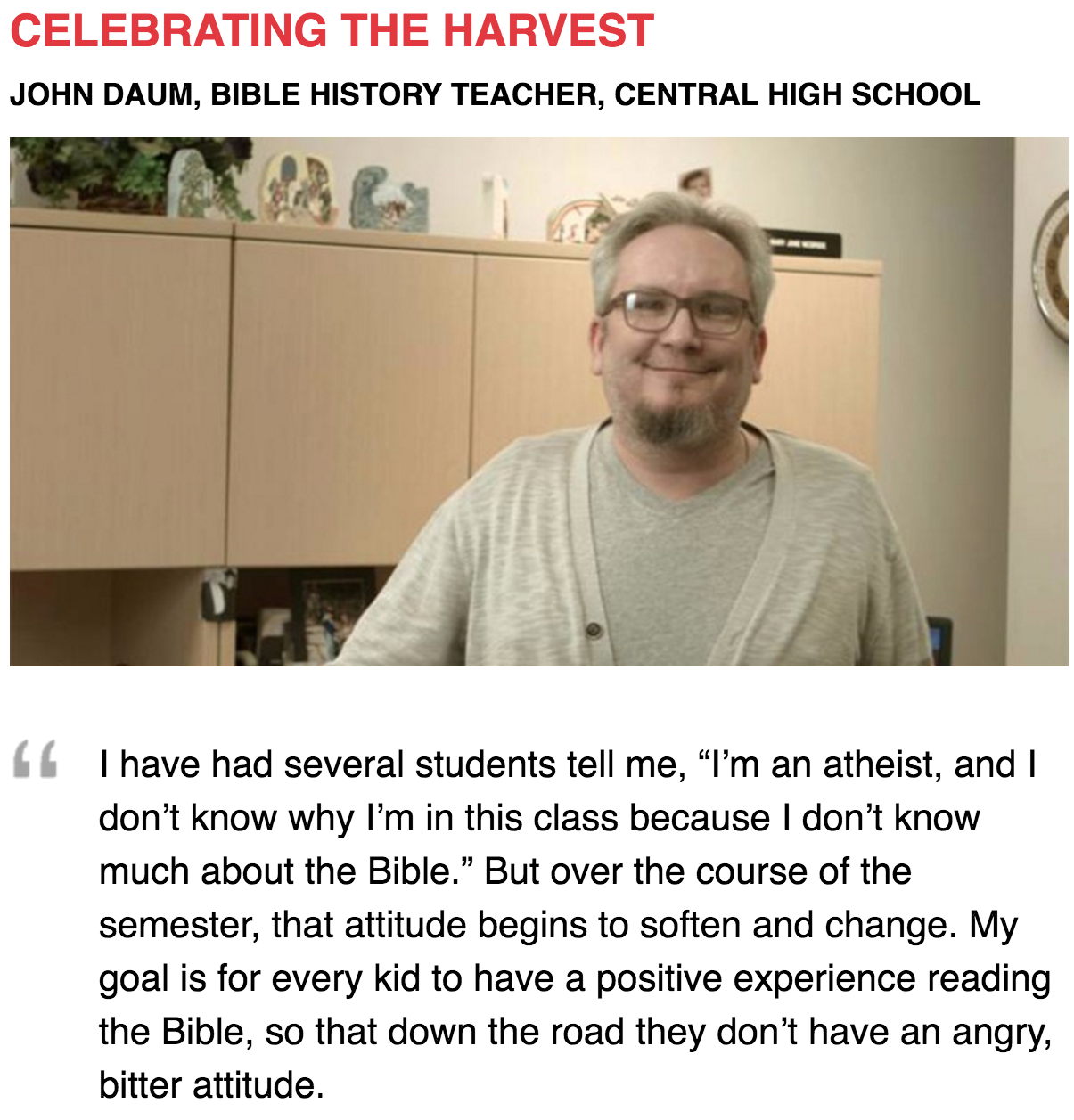 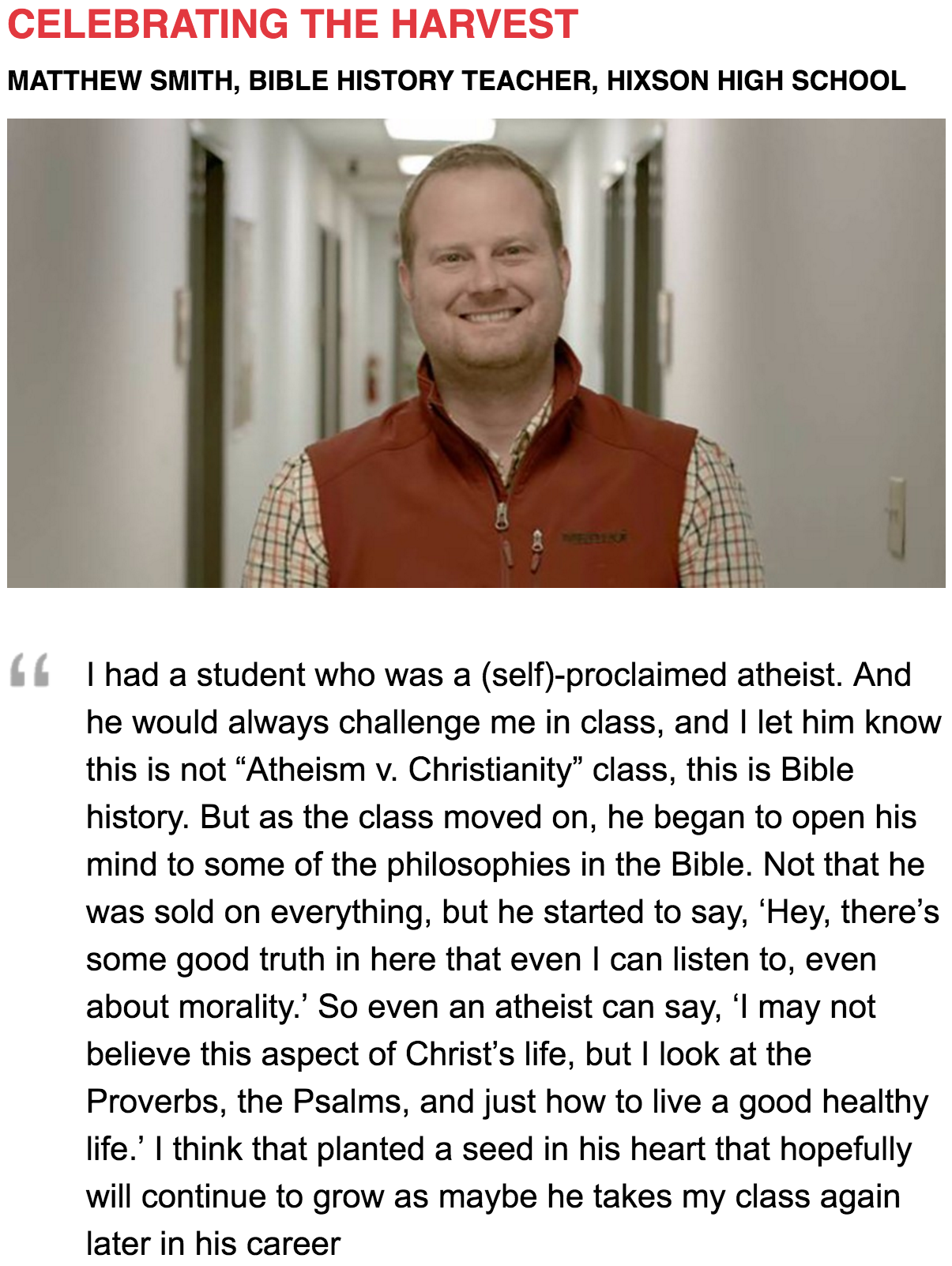 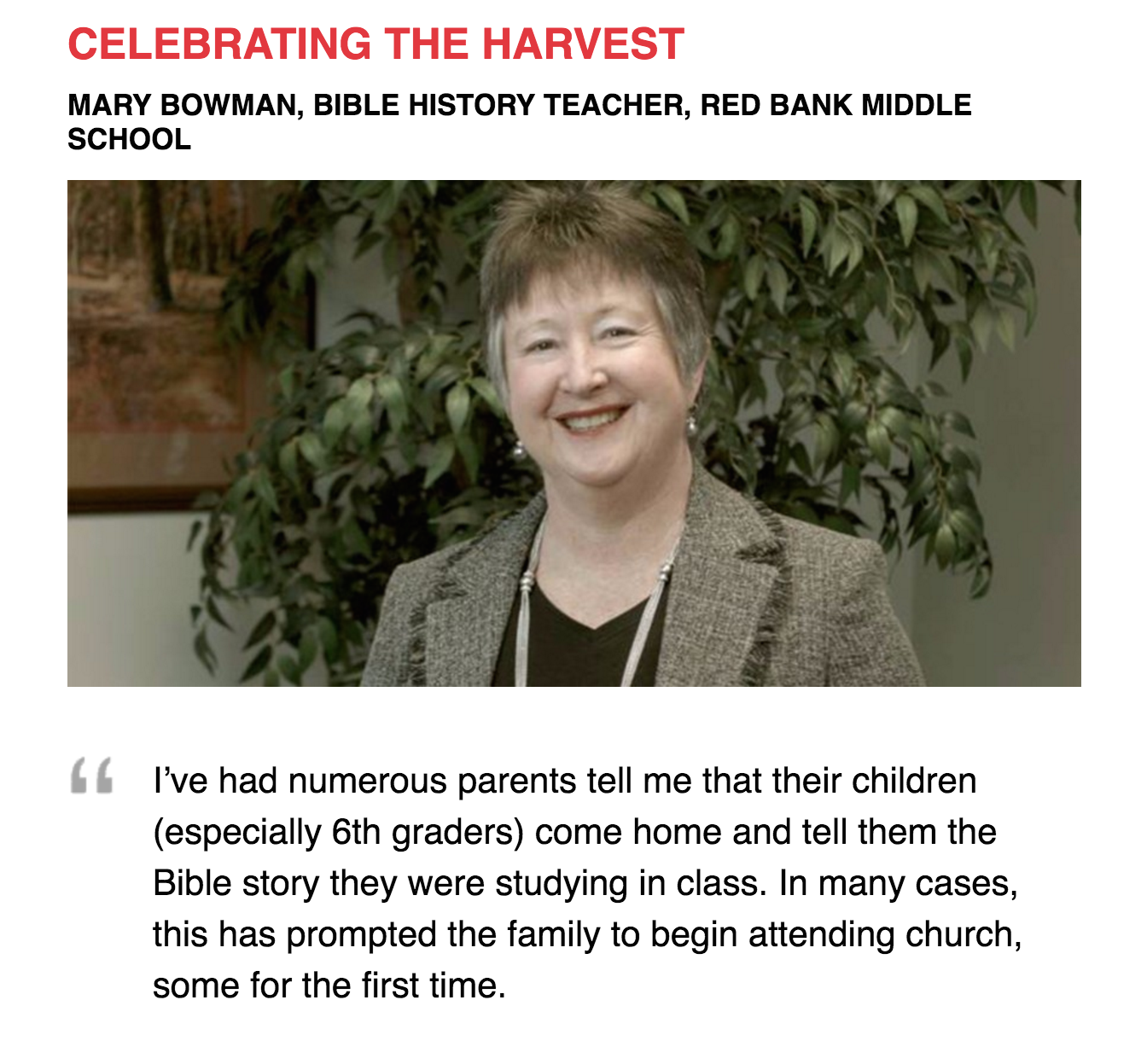 A teacher of a secular bible class would not crow about inspiring public school students to attend church, or “planting a seed” in an atheist student that “hopefully will continue to grow” in a second (or third, or fourth, or fifth. . .) bible class. It’s obvious that Hamilton County’s bible class program is run by people whose ultimate goal is to convert students to Christianity.

Hamilton County’s program is not unique. Over the years, FFRF has received a steady stream of reports of religious bible classes taught under the guise of secular history classes. Frequently, instead of a history of the bible, they offer the bible as history, teaching creationism and treating biblical figures as if there’s no doubt they all actually existed, contradicting students’ secular science and history classes.

Sometimes, as appears to be happening here, programs are promoted by churches and taught by Christians who may claim to teach a secular class, but actually refuse to engage critically with the bible at all. Religious elements may be mostly stripped out, but when students are receiving only lessons on morality without examination of the bible’s historical veracity, cruelty, sexism, and other injustices, a bible class can hardly be said to lack a Christian bias.

Parents should be on the lookout for programs like this before they’re implemented. Scrutiny from FFRF led to an Oklahoma school district rejecting a bible course developed by Hobby Lobby founder Steve Green that contained a strong Christian bias. Others, like Hamilton County’s program, however, have been entrenched for many years and become more difficult to dislodge the longer they go unchallenged. The Hamilton County classes were declared unconstitutional in a 1979 federal district court opinion, but were re-approved by the court in later cases after the school system fixed overtly religious lessons and stopped quizzing potential bible teachers on whether they had a “love of God” in job interviews.

The Hamilton County bible classes are due for another re-examination. FFRF is launching a more in-depth investigation into the program. Staff Attorney Rebecca Markert sent an open records request to the school district yesterday, and FFRF urges Hamilton County students or parents of students who have taken one of these classes and have more information to contact us at ffrf.org/legal/report. Help us keep a watchful eye over the stealth indoctrination of children. 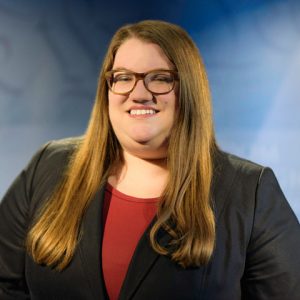