Skip to content
PrevPreviousHistory was critical to the Supreme Court’s decision in the Bladensburg cross case, so why did the court get so much wrong?
NextLots of letters, many achievements, & bad Supreme Court judgmentsNext

Arrest of shooting victim for feticide in Alabama — a preview of ‘coming attractions’? 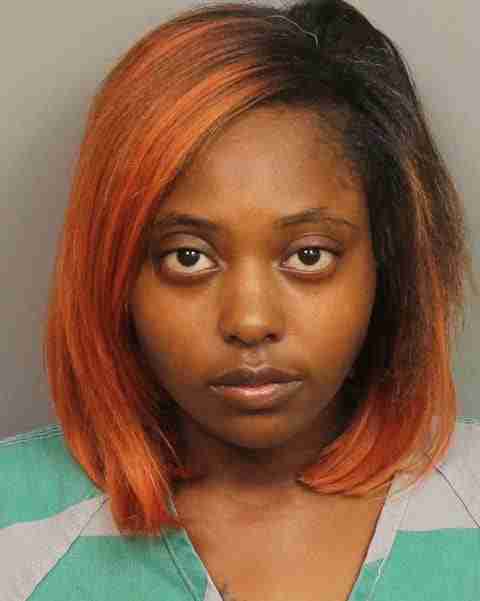 It sounds like something out of dystopian fiction, but it’s happening today in Alabama.

Marshae Jones, who was shot in the stomach when she was five months pregnant and miscarried the fetus last year, has just been charged with manslaughter. Yes, Jones, the victim of the shooting, has been charged. Yes, expulsion of a fetus is now manslaughter in Alabama.

Alabama infamously became the first state to pass a ban on abortion earlier this year. But that law hasn’t even gone into effect — and likely never will, since its obvious unconstitutionality will tie it up in court as a legal overreach by anti-abortion zealots.

The punitive law enforcement officers are literally blaming the victim: “The only true victim in this was the unborn baby,” says police Lt. Danny Reid.

The altercation occurred in the parking lot of a Dollar General store, according to news reports, and the argument with the other woman was about the impregnator.

“It was the mother of the child who initiated and continued the fight which resulted in the death of her own unborn baby,” Reid charges. My emphasis is added to the inflammatory and inaccurate language. Jones is only a “mother” if she already has born children. A fetus is not a “child” — despite what Alabama’s new law says. This law and the six-week ban on abortion passed this spring in Georgia, contain language endowing the conceptus, embryo or fetus with legal “personhood.”

If any law is to be applied here, it should be Alabama’s fetal homicide law. And if anyone should be charged, it ought to be the shooter. Alabama is one of 38 states with fetal homicide laws, which do not confer personhood on the fetus, but rather acknowledge the fetus as a victim when there is violence against a pregnant woman.

It’s all the pregnant woman’s fault: “When a five-month pregnant woman initiates a fight and attacks another person, I believe some responsibility lies with her as to any injury to her unborn child,” says Reid.

His statement encapsulates the growing trend to prosecute pregnant women for a number of transgressions. The New York Times last year produced an entire section, “A Woman’s Rights,” detailing distressing examples of how “a woman coping with the heartbreak of losing her pregnancy might also find herself facing jail time,” from being in a car accident to delivering a stillborn, falling down the stairs, failing a drug test because she ate a poppy seed bagel — or even taking legal drugs during pregnancy prescribed by their doctors.

It’s chilling to see U.S. law enforcement officers treating pregnant women like criminals, particularly women suffering from tragic accidents, illnesses, miscarriages or stillbirths. Pregnant women should not be living in a police state. Of course, the ideology underlining all of this is a misogynistic theology that treats women like sinners who are nothing better than incubators and breeders.

Annie Laurie Gaylor is co-president of the Freedom From Religion Foundation. She co-founded FFRF in 1976 as a college student with her mother Anne Nicol Gaylor. She served as the editor of FFRF’s newspaper, Freethought Today, from 1985-2009. She became FFRF co-president with Dan Barker in 2004. Annie Laurie has authored three books for FFRF: Woe to Women: The Bible Tells Me So; Woe to Women: The Bible Tells Me So; and Women Without Superstition: “No Gods – No Masters”, the first anthology of women freethinkers.
All Articles by this author
PrevPreviousHistory was critical to the Supreme Court’s decision in the Bladensburg cross case, so why did the court get so much wrong?
NextLots of letters, many achievements, & bad Supreme Court judgmentsNext