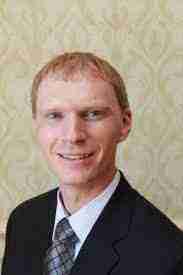 Paying property taxes is a burden. While we all might dream up ways to avoid paying our taxes, most of us choose not to commit tax fraud in part because we understand that the burden is shared. Taxes, we imagine, are a burden that is fairly split up between everyone. But in Arizona, as in many states, this burden is not shared equally. Arizona excludes from taxes “property of [nonprofit] educational, charitable and religious associations or institutions.” While some may quibble over whether it makes sense to exempt nonprofits from paying property taxes (the NFL is a nonprofit, for crying out loud), I imagine that in general, people can see why society would want to lessen the tax burdens on organizations dedicated to providing valuable community services. (Let’s set aside, for now, the arguments about the seemingly profit-driven motives of some churches and their lack of financial accountability.)

So that’s the starting point in Arizona’s tax scheme: tax everyone, but exempt nonprofit educational, charitable, and religious organizations because of the valuable services they are supposed to provide to society. Not a perfect system, but in theory at least, it makes sense. Enter House Bill 2128, a bill designed to extend the religious tax exemption to property that is rented by churches. The Center for Arizona Policy argues that the purpose of the bill is to correct an inequity between churches that own property (and thus don’t pay property taxes) and churches that rent their property (and thus do pay property taxes). But that argument is not convincing.

The problem with CAP’s argument is that churches that rent their property do not directly pay property taxes. It’s the owners of the property who pay. That’s kind of how property ownership works! The real beneficiaries of this ill-conceived bill are the strip malls and other commercial property owners that rent property to evangelists, such as the mall in Tempe, Ariz. housing Pastor Steve Anderson’s church. You can read about many of Anderson’s hate-fueled exploits against gay people, women, black people, and non-Christians on the Friendly Atheist.

This bill should probably be retitled “A Bill to Benefit Strip Malls.” Sure, one could argue that if a landlord gets a break on paying property taxes thanks to HB 2128, some of that benefit might “trickle down” to the church. But even former Arizona Governor Jan Brewer, a Republican, didn’t buy that argument. Gov. Brewer vetoed the bill when it came to her desk last year, arguing that “since lease rates are based on market dynamics, there is no guarantee that property owners will pass this benefit on to their tenants, despite a provision in the bill that attempts to accomplish this.” Well put. But there’s no telling whether newly-elected Governor Doug Ducey will see it that way, which is probably why the bill has been revived so quickly.

HB 2128 has problems beyond being poor tax policy. It’s likely unconstitutional. The bill currently only contemplates excluding property rented by religious nonprofits, without providing a similar benefit to property rented by secular nonprofits. FFRF has sued over similarly discriminatory tax schemes in the past.

Despite the slew of good reasons to let this bill die, on Monday, Jan. 26, HB 2128 passed through the House Ways & Means Committee on a 6-3 vote that split along party lines, and will go to the floor for a future vote. Given that the bill passed both the House and Senate last year, it is likely to pass again, unless Arizona citizens choose to hold their representatives accountable.

Sam Grover received his B.A. in philosophy and government from Wesleyan University in 2008. He first worked for FFRF in 2010 as a legal intern while attending Boston University School of Law. In 2011, his article on the religious exemptions in the Affordable Care Act’s individual health insurance mandate was published in the American Journal of Law and Medicine. After receiving his J.D. from Boston University in 2012, Sam worked as a law clerk for the Vermont Office of Legislative Council where he drafted legislation on health care, human services, and tax issues. He returned to work as a constitutional consultant for FFRF in the fall of 2013. Sam has written a paper on counterterrorism and the law that was published by the Memorial Institute for the Prevention of Terrorism in Oklahoma City and has traveled to southern Africa to work under Justice Unity Dow of Botswana’s High Court.
All Articles by this author
PrevPreviousWe can and we must make fun of faith
NextNo public handouts for discriminatory Kentucky ark parkNext