Antiabortion states are dragging women back to pre-Civil War times 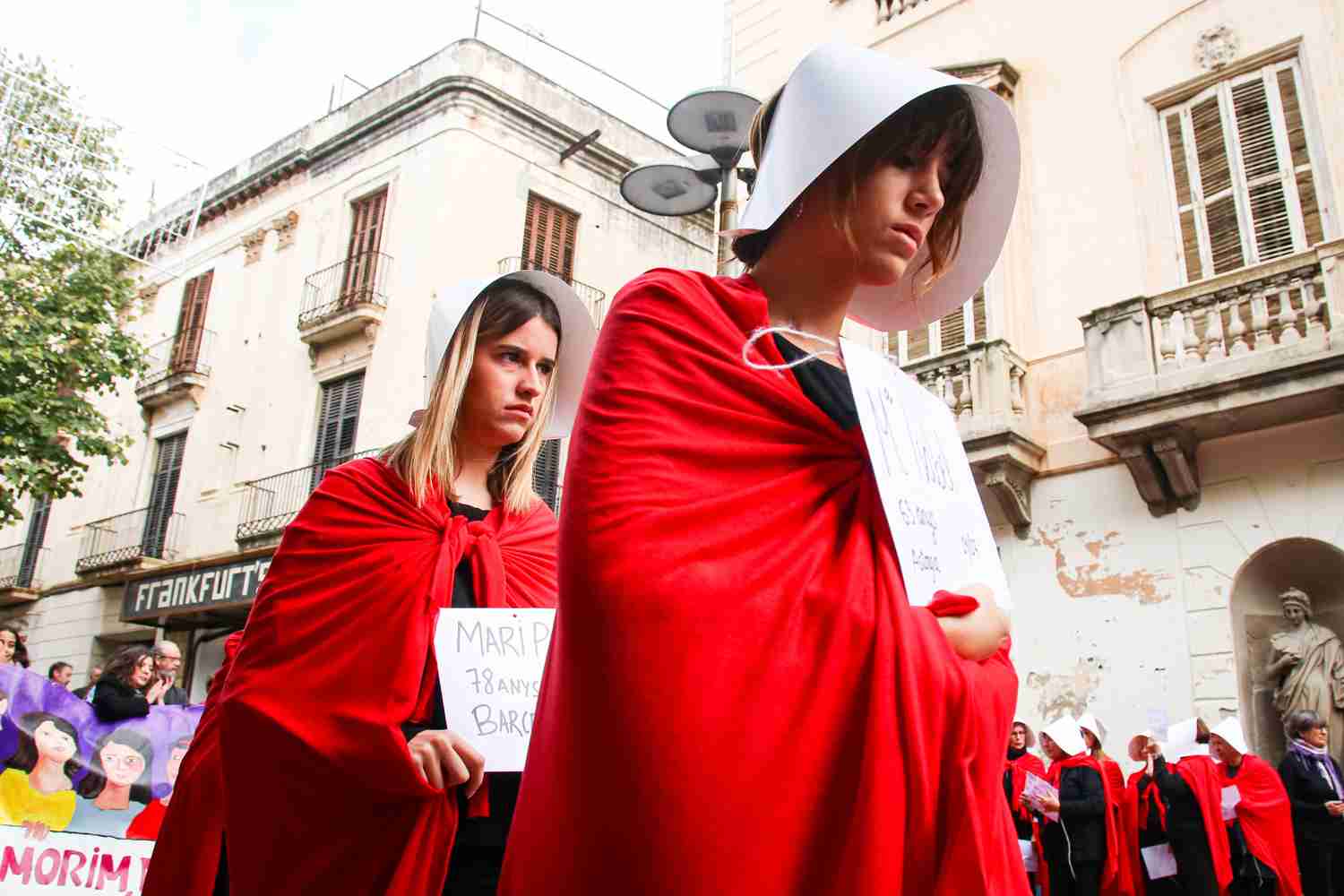 U.S. women are not only being dragged back to the days before 1973, when Roe v. Wade was handed down, but to antebellum times. Literally. For example, if the Supreme Court overturns Roe, as expected imminently, Wisconsin’s law criminalizing abortion dating to 1849 will go into effect.

Now, antiabortionists are even seeking to subject women to a modern take on runaway slave laws. Earlier this spring, antiabortion lawmakers in Missouri introduced bills to encourage private citziens to sue anyone who helps a Missouri citizen obtain an abortion out of state. Those notorious bills haven’t moved . . . yet, but are a sign of the degree to which ruthless antiabortionists intend to go to control women. Overturning Roe is only the beginning. The goal, of course, is to outlaw all abortion throughout the United States. That’s why, as soon as news leaked that the Supreme Court had the votes to overturn Roe and turn this right back to the states, legislation was introduced in Congress to enact a federal ban.

Pro-liberty states such as New York and Colorado are properly taking alarm and adopting proactive legislation not only to protect refugees from “anti” states, but their own citizens from being sued by parties outside their state for “aiding and abetting” in an abortion.

Antiabortionists not only want to ban abortion in their own states, but to control what their citizens do in other states. They want to reach outside their own borders and interfere with what citizens in other states do, too, employing either the criminal power of the state or bogus civil harassment to shut down any possibility that women trapped in “slave states” will be able to seek reproductive freedom elsewhere. They’re essentially talking about sending in posses to stop abortions outside their jurisdictions.

Texas is taking a page from another 19th-century law through its virtual ban on the distribution of medical abortion pills. It’s already passed a law to make mailing medication abortion pills a transgression liable to extradition! This is a resurrection of the infamous 1873 Comstock Act  that made it illegal to send “obscene, lewd or lascivious,” “immoral,” or “indecent” publications or contraceptive or abortifacient devices (dubbed “indecent articles”) through the mail. The federal act deputized Comstock to personally prosecute cases. He bragged that he was responsible for 4,000 arrests and 15 suicides. The act wasn’t overturned with regard to birth control devices until Margaret Sanger, herself a victim of the Comstock Act, took and won a challenge, United States v. One Package, in 1933.

Being denied the right to decide when and whether to become or stay pregnant or bring a child into the world is reproductive bondage and servitude straight out of the bible and Margaret Atwood’s prescient Handmaid’s Tale.

Those who seek to deny women and other pregnant persons autonomy over their bodies and lives are seeking to dictate compulsory pregnancy. For an unwillingly impregnated individual, that means serving a sentence of nine months as host, metaphorically, to a parasite. But the sentence actually lasts a lifetime, coming with time-consuming and expensive obligations that may put on hold careers and educational aspirations, potentially miring the family in poverty. Even when a baby is wanted, parenthood and its demands are daunting. Compulsory pregnancy and childbirth are a form of physical and emotional bondage that put parent, child and society at higher risk. That’s why pro-choice activists have long carried placards saying, “Every child a wanted child.” Of course, zealots who believe a woman’s role is to breed believe all pregnancies are “God’s will,” and should be greeted as a “blessed event” — and who is a mere woman to question her Maker?

That’s why so many antiabortion states admit of no exceptions for rape and incest. And when they say they will make an exception for a pregnant woman’s “life,” don’t be fooled: These various state bans expected to go into effect in almost half our states will inevitably sentence some unlucky pregnant women to die slow, torturous and unnecessary deaths, just as we have seen in Poland.

And when the antiabortionists insist they will not prosecute women for abortions — only physicians or those dastardly Uber drivers who drive desperate women to clandestine abortion appointments — don’t believe them. They used inflamed rhetoric, call abortion “murder,” refer to aborted embryos or fetuses as “unborn children” and insist legal personhood begins at conception. By their logic, no matter how you look at it, that makes a woman ending an unwanted pregnancy a villain and murderer. Give it time; laws to prosecute women having abortions as murderers will follow. A woman in Texas this spring was already charged with murder for self-inducing an abortion, although charges were dropped when the case went public. While we’re going back to the bad old days at breakneck speed, the future is only going to get worse.

I remember Equal Rights Amendment activist Sonia Johnson, who was excommunicated for exposing the role of the Mormon Church in killing the ERA, warning back in the 1980s that the only right women would have left someday would be the right to vote — because it’s enshrined in the Constitution. And I thought she was exaggerating. We’d better use that vote — crippled as it is by voter suppression laws — to save our rights and our nation from a full theocratic takeover.

Annie Laurie Gaylor is co-president of the Freedom From Religion Foundation. She co-founded FFRF in 1976 as a college student with her mother Anne Nicol Gaylor. She served as the editor of FFRF’s newspaper, Freethought Today, from 1985-2009. She became FFRF co-president with Dan Barker in 2004. Annie Laurie has authored three books for FFRF: Woe to Women: The Bible Tells Me So; Woe to Women: The Bible Tells Me So; and Women Without Superstition: “No Gods – No Masters”, the first anthology of women freethinkers.
All Articles by this author
PrevPreviousReflections on a Christian-based marriage book
NextIt was an “ugh”-ly week for secular and bodily freedomNext