Skip to content
PrevPreviousThomas Paine, a secular Easter, a Pulitzer-winning guest and a freethought university
NextThe backstory of the Waco tragedyNext

Anti-abortion imagery in my community 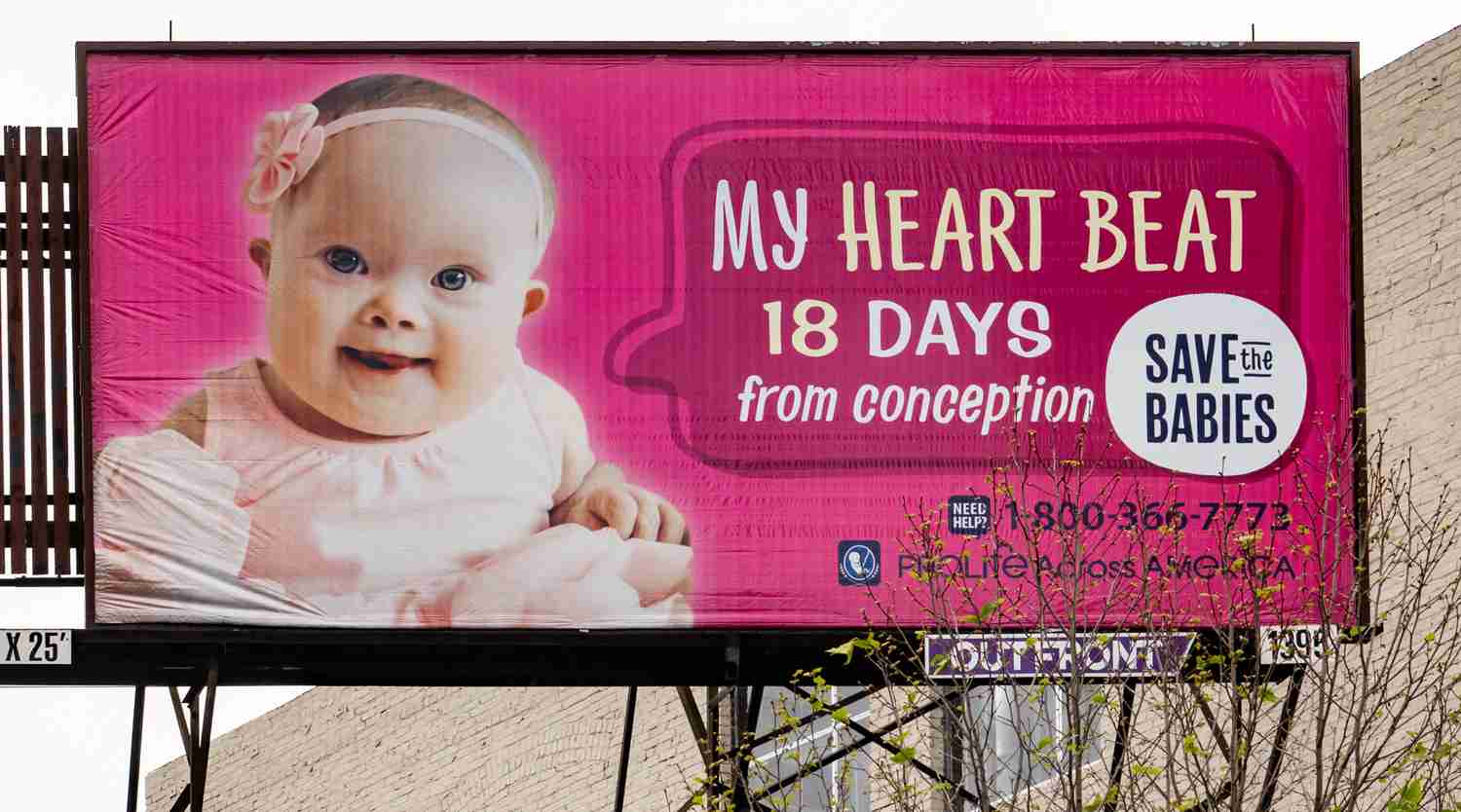 How often are you bombarded with anti-abortion and anti-LGBTQ extremist symbols and signs in your community? This past weekend, I decided to do a mini-observation to see just how often I’m subjected to viewing these repressive images in my town. A simple Saturday revealed these unsettling results.

· On an afternoon walk, I passed one of the Catholic churches in town. In its front garden, it has a memorial for the “unborn.” It faces the sidewalk so those who walk by the church are forced to see it.
· I returned books to my local public library, an organization that stands up for LGBTQ rights. However, I couldn’t help but remember how it has faced significant blowback from some religious extremists for its participation in Pride and for circulating books about gender identity and sexuality.
· A local coffee shop is also not immune from anti-abortion propaganda. Despite that fact that it is an LGBTQ-owned business and a place where the owner and workers regularly stand up for reproductive justice, flyers against abortion are regularly posted there and have to be removed by staff. This weekend, someone had placed flyers for a Crisis Pregnancy Center in the bathrooms.
· While driving to the grocery store, I passed an abortion clinic and saw a handful of people holding up anti-abortion signs. The aforementioned Crisis Pregnancy Center loomed across the street. (As a reminder, Crisis Pregnancy Centers are almost always Christian-affiliated organizations. There are over 2,500 of them throughout the United States and they use tax dollars to dissuade women from abortions.)
· After visiting my friend who lives about 15 miles away, I came across not one, not two, but three different billboards with some variation of disinformation about when a “heartbeat” begins and when a fetus can “smile.”

Symbols and signage hold a lot of power. And given the shaky future of abortion, these disturbing images are very close to becoming more than just talk. They are becoming law.

We are about six weeks away from the U.S. Supreme Court’s decision regarding Dobbs v. Jackson Women’s Health Organization. Given the ultraconservative makeup of the court, it is very likely that the foundation of Roe v. Wade will crumble and that abortion legislation will turn to the states. If not entirely overturned this year, it is certainly expected that by Roe’s 50th anniversary next year, Roe will no longer be the law of the land. And that future is outright terrifying. Just this year, we have already seen 73 total abortion bans introduced in state legislatures across the country. This does not include states that have pre-Roe legislation criminalizing abortion care still on the books. FFRF’s home state of Wisconsin is one of those states, with a pre-Civil War abortion criminalization law in the wings. There is no evidence-based reason to restrict or ban abortion. The medical community and human rights organizations stand by abortion access for all. Only religious interests seek to diminish abortion care.

The anti-abortion words and images that are so cavalierly posted in bathrooms and on billboards are deeply offensive and damaging. As a person who can get pregnant, I find it very disturbing that I cannot enjoy an ordinary Saturday without being confronted with imagery and words that declare that my bodily autonomy is not only up for debate, but is worthy of condemnation. I imagine the people in your life feel similarly. Perhaps they don’t know where to turn for resources because of shame, fear and stigma.

So I encourage you to do all that you can to share credible information about abortion to the people in your community. Secular voices and activism are deeply needed on a local level.

FFRF Resources
· Read FFRF’s guide to fighting for abortion rights.
· Read why reproductive health is a state/church issue.
· Sign up for Action Alerts.
· Sign up for News Releases.
· Learn what the bible says about abortion (hint: nothing!)
· Read Why Women Need Freedom From Religion.
· Read Abortion is a Blessing.

Abortion Resources
· Consider donating to an abortion fund in your state. Abortion funds help distribute money to people who need abortions but cannot afford them because of anti-abortion legislation.
· Support the Women’s Medical Fund, which was started by FFRF’s principal co-founder Anne Nicol Gaylor. The fund helps an average of 900-1,000 Wisconsin residents obtain affordable abortion care each year. You can make a tax-deductible donation here.
· Share credible information about abortion. If you live in Wisconsin, Pregnancy Options Wisconsin provides education, resources, and support.
· Dispel myths about the abortion pills. Plan C Pills provides up-to-date information about abortion by medication.

Photo via Shutterstock by David A Litman.

BARBARA ALVAREZ is a contributing writer for the Freedom From Religion Foundation. Previously she had held the role as FFRF's inaugural Anne Nicol Gaylor Reproductive Rights Intern, a program set up to memorialize FFRF’s principal founder, who was an early abortion rights activist and author of the book Abortion is a Blessing. Barbara was a major winner in FFRF’s essay competition for graduate students, writing about the bible’s role in the abortion battle.
All Articles by this author
PrevPreviousThomas Paine, a secular Easter, a Pulitzer-winning guest and a freethought university
NextThe backstory of the Waco tragedyNext