Abortion is an atheist issue 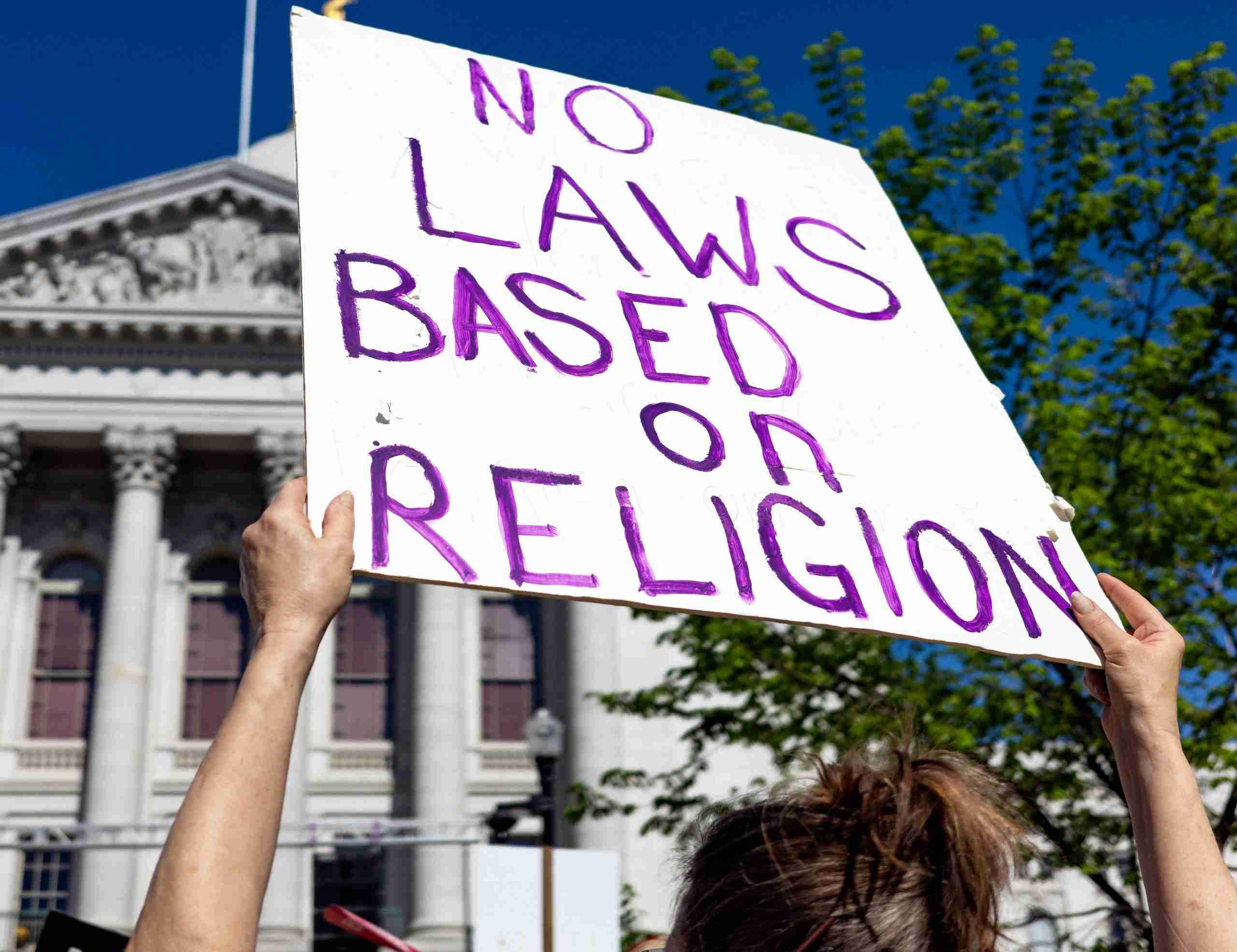 Occasionally, I see a comment on social media from people who say that abortion is not an atheist issue. They typically assert that since they are an atheist and against abortion that this topic is not a state/church issue — with not an evidence-based argument in sight.

I disagree. The right to abortion is firmly an atheist issue and all nonbelievers — whether they personally agree with abortion or not — should care about it. But before I dive into why abortion is an atheist issue, I want to affirm that atheists and other freethinkers are not monoliths. Just because we reject religion, does not mean that we hold the same political ideologies, lifestyles, careers, goals, food preferences, etc. In other words, atheists are multidimensional people. And yes, that can mean that an atheist can be against abortion. For example, a new poll found that while eight in 10 “Nones” (individuals who are unaffiliated with religion) support abortion in all cases with no exceptions, there is a small faction of nonreligious persons who are anti-abortion. Freedom From Religion Foundation’s own survey found that 98.8 percent of FFRF members support abortion rights. So, yes, there are a few atheists who are anti-abortion.

I also want to be clear that I while I am firmly for abortion rights, I respect that other people may not be. My goal is to educate others about the intersection of reproductive health and religion. (And there’s quite a bit to discuss.) As such, I accept that there are diverse opinions and outlooks on life — including those that are religious in nature. While I may not personally agree with them, I welcome living in a free society. But what I cannot accept is when those opinions and outlooks become codified in legislation that takes away freedoms from other people who don’t hold those same beliefs. And that is why abortion IS a secular issue.

We live in a secular nation. That means that our laws should reflect a separation between state and church. Legislation regarding health care should be derived from fact, not faith. And there is no evidence-based argument for restricting abortion. Period. Here are just a few examples that back up that claim:

• Atheists don’t believe in the religious concept of “ensoulment,” which much of the anti-abortion movement is predicated on, or the idea that pregnancies and what happens to them are “God’s will.”
• Abortion is an extremely safe procedure. A major study published in Obstetrics & Gynecology found the major complication rate to be extremely low.
• In fact, researchers found that women are 14 times more likely to die during or after childbirth than to complications from an abortion.
• Dr. Ned Calonge, the co-chair of the committee that wrote a report for  National Academies of Sciences, Engineering and Medicine, explained that state restrictions and bans on abortion are not based in science. Furthermore, Dr. Hal Lawrence, the CEO of the American College of Obestricians and Gynecologists, an organization with nearly 60,000 members, stated that any claims about abortion restrictions protecting women’s health “have been totally debunked” and that “delaying and making people wait and go through hoops of unnecessary, extra procedures does not improve the safety — and, actually, by having them delay can actually worsen the safety.”
• Medication abortion is safer than Tylenol and viagra, yet it is heavily and unnecessarily regulated.
• The Turnaway Study, the first rigorous examination of the impact of receiving versus being denied an abortion, found that abortion restrictions significantly increase the likelihood that women will live in poverty, stay in abusive relationships and experience serious health problems as a result of the pregnancy and childbirth.
• More than 800 scientists and scientific organizations affirm that abortion access is important reproductive health care.
• An analysis by researchers found that at least 10 categories of abortion restrictions have no rigorous scientific basis.
• Twenty-five medical groups, including the American Medical Association, American College of Obstetricians and Gynecologists, American Society for Reproductive Medicine, and The Society of Family Planning, filed an amicus brief opposing the abortion restrictions in question in the U.S. Supreme Court’s hearing of Dobbs v. Jackson Women’s Health Organization.
• Groups such as the United Nations, Amnesty International and the World Health Organization affirm that abortion is a human right.
• Legal restrictions do not reduce abortions, but lead to unsafe abortions and deaths. The World Health Organization estimates that 39,000 women die each year because of unsafe abortions due to restrictive legislation.

There is no organized opposition to abortion except for religious interests. Almost three-fourths of white evangelical Protestants are firmly anti-abortion. And most Crisis Pregnancy Centers, or fake clinics that use tax dollars to dissuade women from abortion, are Christian-based.

Often, anti-abortion legislators will use faulty science to mask their religious intent. For example, so-called “heartbeat bills” that ban abortion at just six weeks gestation are anti-science. No heart exists in an embryo at six weeks, and such laws are opposed by the American Medical Association, American College of Obstetricians and Gynecologists and other leading medical organizations. Furthermore, abortion reversal procedures that Crisis Pregnancy Centers tout lack any rigorous research. In fact, research had been halted because of concerns of safety and health of participants. And yet, anti-abortion legislators hide behind religion to push these anti-science laws through.

(As an aside, any Christian-based reasoning in favor of abortion is also faulty. The bible does not mention abortion and affirms that life begins at first breath. Furthermore, the god of the bible does an awful lot of killing of babies and children. That’s not exactly “pro-life.” )

Simply put, I have yet to hear arguments in favor of abortion restrictions that are rooted in evidence and rigorous research. And that should concern all atheists — even those who are against abortion. If religious factions can twist scientific words and concepts to push their own agenda for anti-reproductive health laws, it can certainly happen to other complex issues. That is totally counter to living in a secular society.

In short, atheists can be anti-abortion because atheists are individuals — not a collective group that adhere to a set of commandments by some deity. But those anti-abortion sentiments are personal — not based in evidence. As such, they have no business being codified. The only organized movements  codifying anti-abortion laws are led by  those with religious interests. And that’s why abortion remains an atheist issue.

BARBARA ALVAREZ is a contributing writer for the Freedom From Religion Foundation. Previously she had held the role as FFRF's inaugural Anne Nicol Gaylor Reproductive Rights Intern, a program set up to memorialize FFRF’s principal founder, who was an early abortion rights activist and author of the book Abortion is a Blessing. Barbara was a major winner in FFRF’s essay competition for graduate students, writing about the bible’s role in the abortion battle.
All Articles by this author
PrevPreviousAbortion rights, Supreme Court, Putin’s Church and an illustrious illustrator
NextOprah serial reveals megachurch messNext