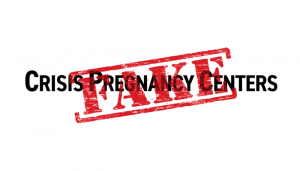 Medical communities and human rights organizations throughout the world agree that abortion is a valid medical procedure and its access is foundational to bodily autonomy.

Indeed, religious groups are the only organized opposition to abortion. Using faith instead of facts, religiously motivated legislators and leaders have decimated abortion care throughout the country. Frighteningly, the draconian six-week Texas abortion ban is just one of more than 100 abortion restrictions that have been enacted in 2021.

Abortion bans and restrictions proliferate because of disinformation. According to the Guttmacher Institute, 27 states require doctors to provide information about the supposed risks of abortion. Much of this is medically inaccurate information that takes place during mandated abortion counseling appointments. For example, eight states require false information that a medication abortion can be stopped after a patient takes the first dose of pills, five states require false claims that there is a link between abortion and breast cancer, three states incorrectly assert that abortion risks one’s future fertility, and eight states inaccurately inform patients that abortion causes psychological distress.

These are in direct opposition to studies that show 99 percent of those who receive an abortion feel relief, not regret and that there is no correlation between safe abortions and breast cancer or future fertility issues.

Additionally, five states have medically inaccurate information about fetal pain, despite the data that show that a fetus is unable to perceive pain until at least 29 weeks of gestation. The American Medical Association opposes legislative measures that require “procedure-specific” informed consent. Nevertheless, the Supreme Court has affirmed that states have authority to develop informed consent materials and require providers to distribute them. And with anti-abortion, religiously motivated state legislators at the helm, medical doctors must dispense false information about abortion.

Abortion disinformation also abounds in the form of Crisis Pregnancy Centers. Crisis Pregnancy Centers or pregnancy resource centers masquerade as legitimate medical clinics despite often lacking a single medical professional on staff. Such centers offer free ultrasounds and sexually transmitted infection tests under the guise of medical advice. However, their primary mission of these centers is to dissuade women from choosing an abortion.

And, shockingly, the centers are proliferating throughout the United States. In a new study conducted by The Alliance, a collaboration of five regional women’s rights advocacy centers, Crisis Pregnancy Centers outpace abortion providers by three to one nationally. In some states, this disproportion increases to 11 to one. In fact, The Alliance found that in 1978 there were 2,749 abortion facilities in the United States. In 2020, that number dropped to only 780, while Crisis Pregnancy Centers have risen to a horrifying 2,527.

The report also describes that the “mostly evangelical CPC industry” uses “deceptive tactics and medically inaccurate information” about contraception, pregnancy and sexuality in order to delay abortion care. Tara Murtha, a co-author of the study and director of strategic communications at the Women’s Law Project, explained that Crisis Pregnancy Centers, which are also anti-LGBTQ, are well funded with taxpayer dollars. According to the report, such centers in 27 states operate with state funding, yet have little or no legislative oversight because they are not licensed medical clinics nor do they charge monetary fees for their misinformed services.

Jenifer McKenna, another co-author of the report and program director at The Alliance, explains that Crisis Pregnancy Centers are largely run by white evangelicals “who target communities of color.” McKenna’s findings are echoed in a study published in Perspectives on Sexual and Reproductive Health in which researchers found that the majority of the centers are religiously affiliated. Targeting low-income women, many of these organizations only provide baby clothes and supplies to those who agree to participate in religious workshops or classes. One participant said that the required parenting video was painful to watch as it reminded her of past trauma.

Black people who visit Crisis Pregnancy Centers are typically met with racist assumptions about their income and family structures. Black individuals are also told that abortion is a conspiracy against Black people, “implying that Black women are not able to make decisions about whether or not they want to keep a pregnancy by themselves.” These centers exacerbate the existing medical inequalities that communities of color already face.

Science-based information is crucial to making health care choices. In fact the Universal Declaration of Human Rights states that receiving and imparting information is foundational to human dignity.

Disinformation about abortion is counter to human dignity. We must stand up for science and facts so that all pregnant people can make the choices that are best for themselves without religious intervention.

BARBARA ALVAREZ is a contributing writer for the Freedom From Religion Foundation. Previously she had held the role as FFRF's inaugural Anne Nicol Gaylor Reproductive Rights Intern, a program set up to memorialize FFRF’s principal founder, who was an early abortion rights activist and author of the book Abortion is a Blessing. Barbara was a major winner in FFRF’s essay competition for graduate students, writing about the bible’s role in the abortion battle.
All Articles by this author
PrevPreviousAbortion ban would spike pregnancy-related deaths
NextAaron Rodgers tries another Hail Mary but fumbles spectacularlyNext