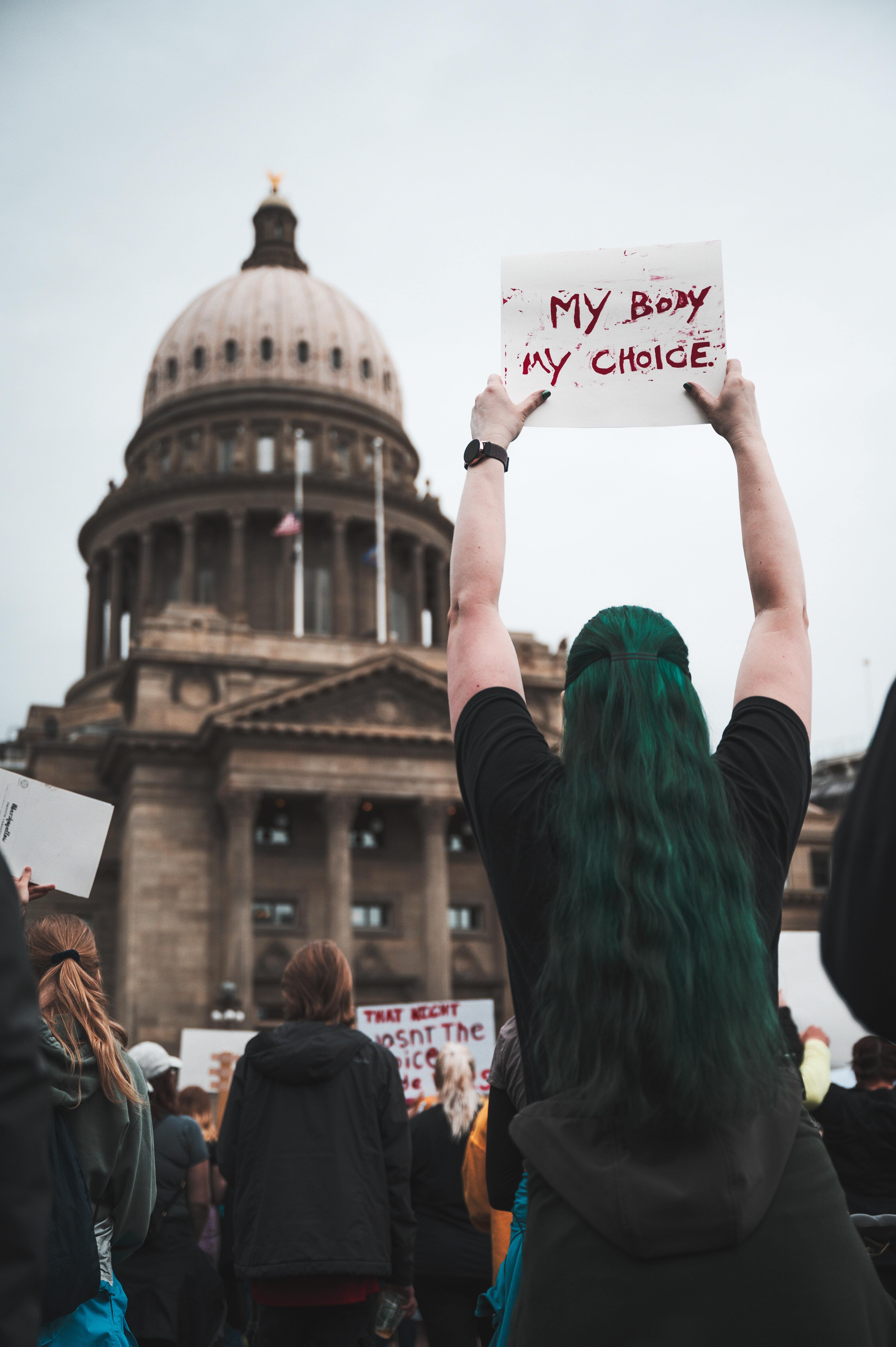 Just over a year ago, I wrote a blog piece for the Freedom From Religion Foundation about El Salvador’s cruel anti-abortion ban that has had women imprisoned for miscarriages. I wondered if it was a harbinger for the United States. Perhaps some at the time may have found that piece hyperbolic. But 13 months later, we are seeing just how bad things can get here in the United States with Christian extremists at the helm of abortion care.

It’s been not even a full summer without Roe v. Wade — and the repercussions have been swift. As of this writing, abortions have been banned in 10 states. This includes the Freedom From Religion Foundation’s home state of Wisconsin, where a pre-Civil War abortion ban is still on the books. Four additional states have enacted six-week abortion bans, making abortion virtually inaccessible to millions of people. Numerous other states are slated to ban abortion imminently, which will result in roughly half the country without state access to abortion care.

The consequences of these bans are nothing short of horrific. Nancy Davis of Louisiana was denied an abortion despite the fact that the fetus is diagnosed with a fatal skull condition. She said: “It’s hard knowing that … I’m carrying it to bury it.” A 10-year-old rape victim in Ohio had to travel to Indiana for abortion care because Ohio does not allow abortions after six weeks of gestation — even in cases of rape and incest. Deplorably, Indiana recently became the first state to pass a near-total abortion ban since the Supreme Court overturned Roe v. Wade, a ban slated to take effect on Sept. 15. Apparently, a doctor’s testimony about the plight of a pregnant 10-year-old rape victim wasn’t enough to make hard-hearted and religiously inspired Indiana legislators reconsider the draconian nature of abortion bans.  A Florida court shockingly decided that a pregnant teenager is not “mature enough” to opt for an abortion without parental consent, even though the teen acknowledged that “she is not ready for the emotional, physical or financial responsibility of raising a child.”

You’re not alone if you’re pleading for someone to “please make it make sense.” But the simple truth is that any and all abortions bans are completely senseless. We know this because abortion seekers tell us so and we can learn about it from evidence-based research. For example, The Turnaway Study, the first study to rigorously examine the effects of receiving versus being denied a wanted an abortion, examined nearly 1,000 women participants from 30 facilities aross the country. The results showed that being denied an abortion means that one has significantly greater odds of living in poverty, being unemployed, staying in abusive households, and being more likely to have serious health problems later in life.

Furthermore, a whopping 99 percent of women feel relief — not regret — five years after having an abortion. This number includes those who had a difficult time deciding to end their pregnancy.  Despite claims by Christian nationalists and the tax-supported Crisis Pregnancy Centers that they prop up,  abortion does not lead to breast cancer, infertility or psychological distress. Banning abortion is rooted only in Christian extremism — not facts or data.

So, how do we freethinkers make sense of the reproductive crisis occurring in our communities and throughout the country? We do what we do best: Stand up for truth.

Vote in all elections, including local elections. Abortion protections are not just federal decisions, but can occur on local and state levels, too.

Donate to abortion funds. The Women’s Medical Fund of Wisconsin was established by FFRF’s principal co-founder Anne Nicol Gaylor. One of the oldest abortion funds in the nation, it has already provided abortion care to 970 people in just the first six months of this year. Since abortion is now banned in Wisconsin due to reinstatement of an antiquated 1849 law, the Women’s Medical Fund is more important than ever.

Sign up for Action Alerts from the Freedom From Religion Foundation so you can be part of our national and state efforts to protect the separation of state and church.

Make no mistake: This is dangerous terrain. And if we continue down this road, it is only going to get darker. Abortion bounty-hunting in states such as Texas, Oklahoma and Idaho seeks to criminalize abortion care and abortion providers. And like the abortion ban in El Salvador, those taking place in the United States are rooted in extremism. We freethinkers can help course correct and get our nation back on the path to common-sense reproductive rights legislation.

BARBARA ALVAREZ is a contributing writer for the Freedom From Religion Foundation. Previously she had held the role as FFRF's inaugural Anne Nicol Gaylor Reproductive Rights Intern, a program set up to memorialize FFRF’s principal founder, who was an early abortion rights activist and author of the book Abortion is a Blessing. Barbara was a major winner in FFRF’s essay competition for graduate students, writing about the bible’s role in the abortion battle.
All Articles by this author
PrevPreviousOur Supreme Court brief, successes in Congress, local triumphs and incisive blogs
NextThe role of rattlesnakes in religionNext