A win-win moment for secularism and a cafe 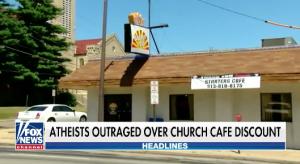 Once again, the Freedom From Religion Foundation is the subject of a conservative media feeding frenzy.

This time it is over a complaint to an Ohio restaurant for its “church bulletin” discount. The Starters Cafe in Cheviot, Ohio, offered a 10 percent discount on Sundays to customers who brought in a church bulletin. The discount was marketed on Facebook to “all churchgoers, parishioners, and members of the congregation” and “valid for any and all churches, no matter the location or denomination.”

Although FFRF received credit (and much vilification) for it, we didn’t actually send a letter to the Starters Cafe, let alone threaten potential legal action, as some news outlets have falsely reported. By the time we learned of the discount from a member of the media simply seeking our comment on why this practice violates the law we were pleased to hear that the owner had already modified it after a complaint from someone on Yelp.

As restaurant owner Justin Watson explained to media, with “at least seven churches within a mile of the restaurant,” his motivation for the discount was economics. “It was just an attempt to drum up some business.” But whatever his intention, a discount for customers who attend church, i.e., religious customers, runs afoul of the law.

Although the Civil Rights Act clearly applies to his cafe (as does its state law counterpart) many, including Watson, have expressed confusion about why a discount for religious customers is illegal. “It kind of took me by surprise that something that small is this big of a deal. It’s like telling me I can’t give dad 50 percent off on Father’s Day or offer a local veteran a discount on Sunday when he comes in to eat breakfast.”

Federal law singles out race, color, religion or national origin as protected from discriminatory treatment by restaurants and other places of public accommodation. The Civil Rights Act does not say restaurants must not discriminate between customers based on military service, age or even sex (although many state laws do), but it does say that they must not discriminate between customers based on religion. A “10 percent discount for customers who bring in a church bulletin on Sundays” is obviously available to customers who attend church and not available to customers who practice no religion and therefore do not attend church.

“It was never my intent to ever offend anybody whatsoever. All I want to do is try and get you in the door and let my food speak for itself,” Watson said. In that spirit, he apologized and is making the discount available instead to all customers who present any type of civic or nonprofit newsletter (including presumably Freethought Today) as well as a church bulletin. He plans to have extra newsletters and bulletins lying around, so that no one is denied the Sunday discount. The promotion is now available to all customers regardless of religion, and as a result of all the media attention, Watson’s business is booming. “Numbers are up this week by quite a bit and we’re not complaining. That’s for sure,” he said. It’s a win-win.

To read more about why church bulletin discounts are against the law, review FFRF’s legal FAQ on the topic. 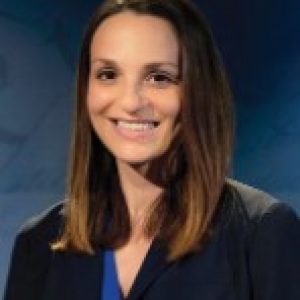 Elizabeth Cavell Elizabeth Cavell received her B.A in English from the University of Florida in 2005. After college, Elizabeth spent a year as a full-time volunteer in AmeriCorps*NCCC. She attended Tulane University Law School and received her Juris Doctor in 2009. After law school, she worked as a deputy public defender in southern Colorado. She joined the Foundation as a staff attorney in January 2013, after working for the Foundation part-time since September 2012.
All Articles by this author
PrevPreviousIsrael’s “Nation-State Bill” is a hostile display of religious ethno-nationalism
NextTriumphant wins and media wavesNext