It’s no April Fool’s joke how much we at the Freedom From Religion Foundation are able to contend with in a regular week.

We filed a compelling brief (signed by other secular groups) before the U.S. Supreme Court in the case of a praying football coach who has achieved national notoriety. The court mystifyingly agreed to hear the case, which we are arguing is moot. “If the court asserts it has jurisdiction to decide such cases, it must apply its jurisdiction uniformly to all litigants, and not only to cases involving preferred litigants,” states the brief. 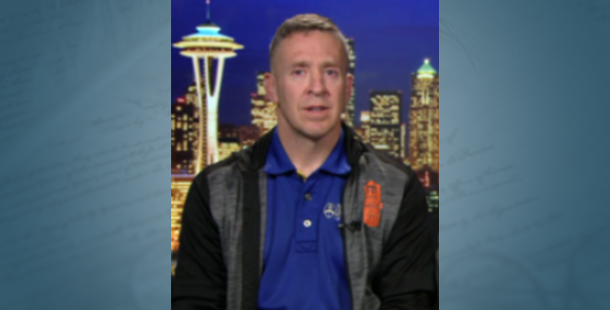 FFRF Staff Attorney Madeline Ziegler in a new column discusses the case and what it tells us about the current high court’s privileging of religion. “An upcoming religion case at the Supreme Court will offer the chance to find out just how willing the court is to buy into misinformation to justify its preferred outcome,” she begins. 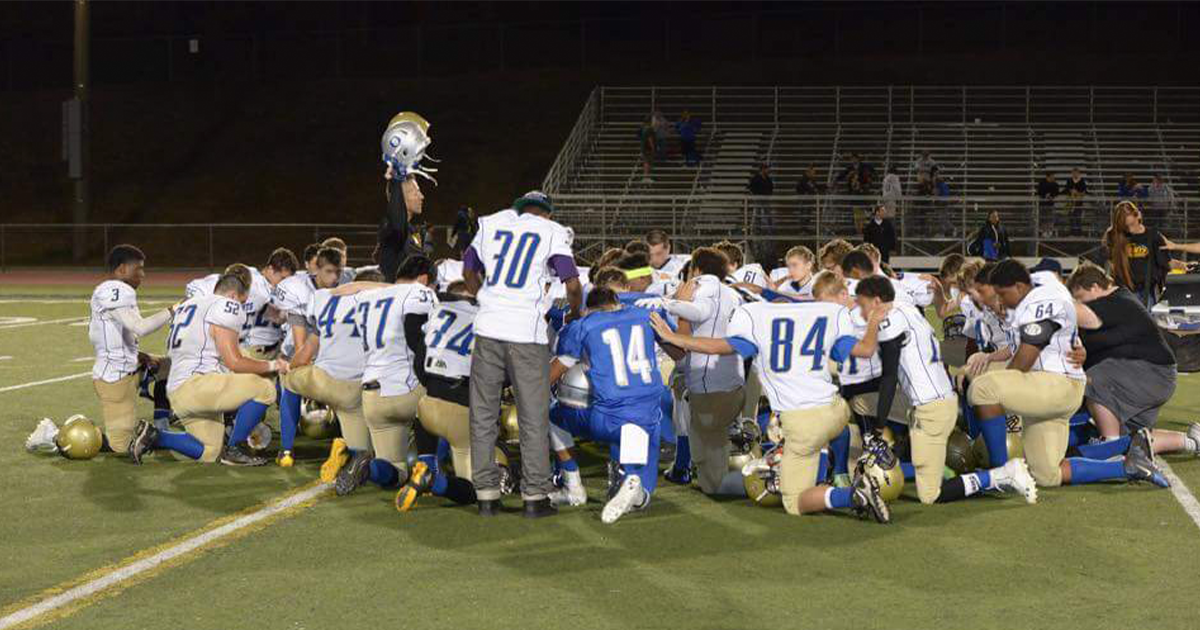 Aid for Ukrainian crisis
We’re proudly granting $25,000 to a Poland-based freethought group organizing humanitarian assistance to help some of the millions of Ukrainian refugees currently there. The relief campaign, “Humanists Across Borders for Ukraine,” is sponsored by the The Atheist Foundation Kazimierza Lyszczynskiego, Poland’s premier atheist group. “‘Humanists Across Borders for Ukraine’ provides a tangible way for U.S. freethinkers to take action and to support our sister organization in Poland in making a difference,” says FFRF Co-President Annie Laurie Gaylor. You can still donate to ease this humanitarian crisis. 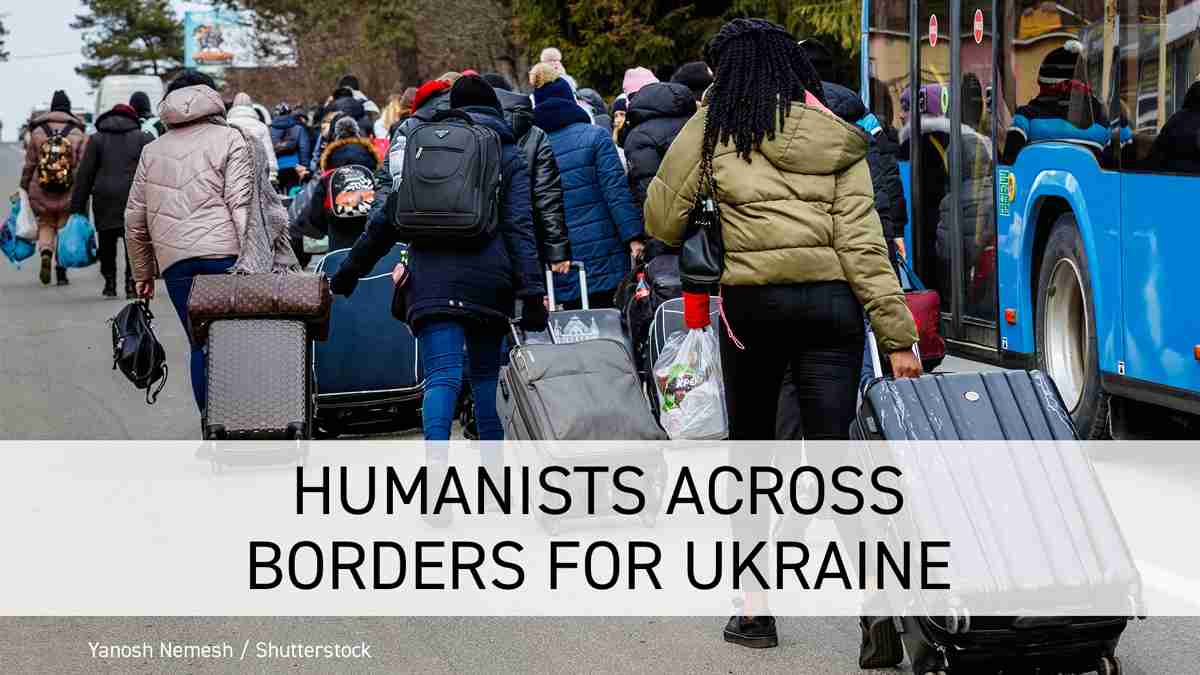 A great court decision against loudspeaker preaching
We cheered a district court’s ruling in favor of a Florida school athletic association policy in a case where we have filed friend-of-the-court briefs in previous phases. David Williamson of the Central Florida Freethought Community says of the judgment, “All supporters of religious freedom should be thrilled the court found in favor of players, spectators, and anyone who participates in Florida sports.” 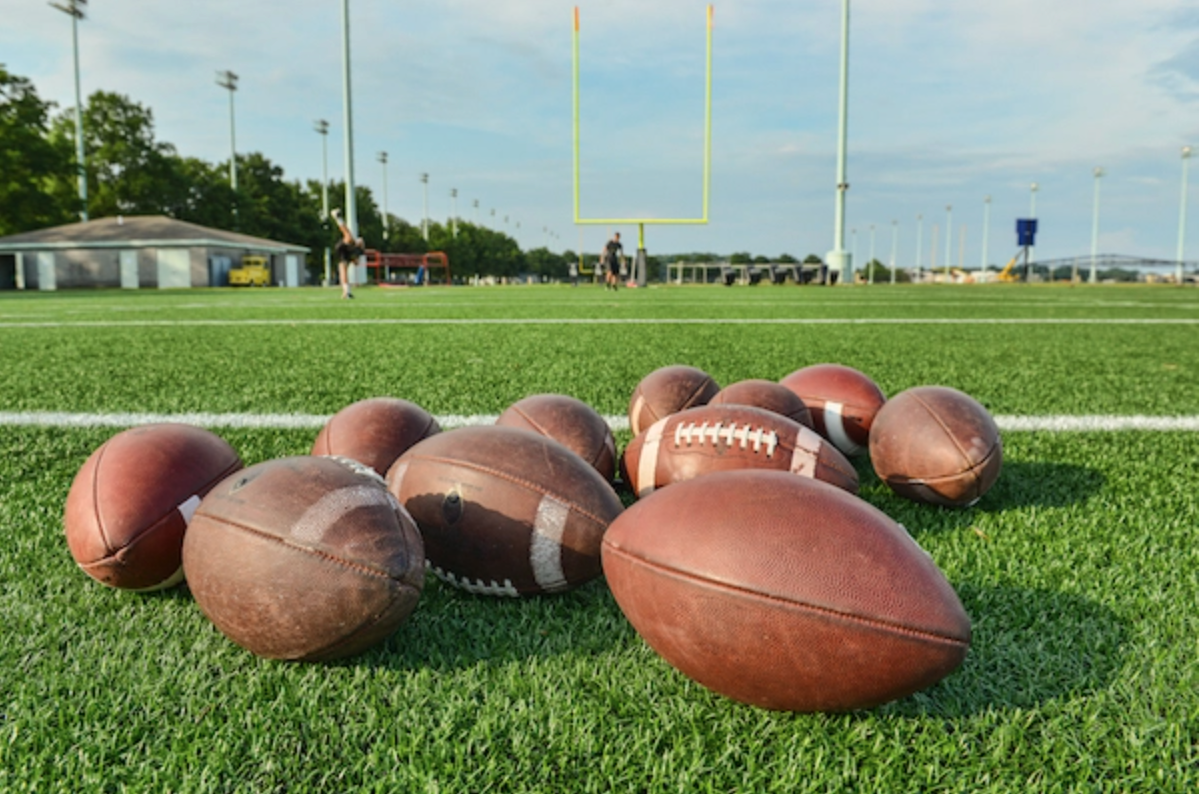 A member of Congress provides insights into Jan. 6 insurrection, praises FFRF
The same week U.S. Rep. Jared Huffman spoke from the floor about the Christian nationalist underpinnings of the Jan. 6 insurrection, this self-described “infidel” talked about this issue on FFRF’s public affairs show “Freethought Matters.” During the interview, Huffman, who represents California’s 2nd District, praised the joint report, issued by us and the Baptist Joint Committee, on Christian nationalism’s role in the Jan. 6 assault. You can already watch the interview on our YouTube channel. Or find out where you can catch it Sunday. 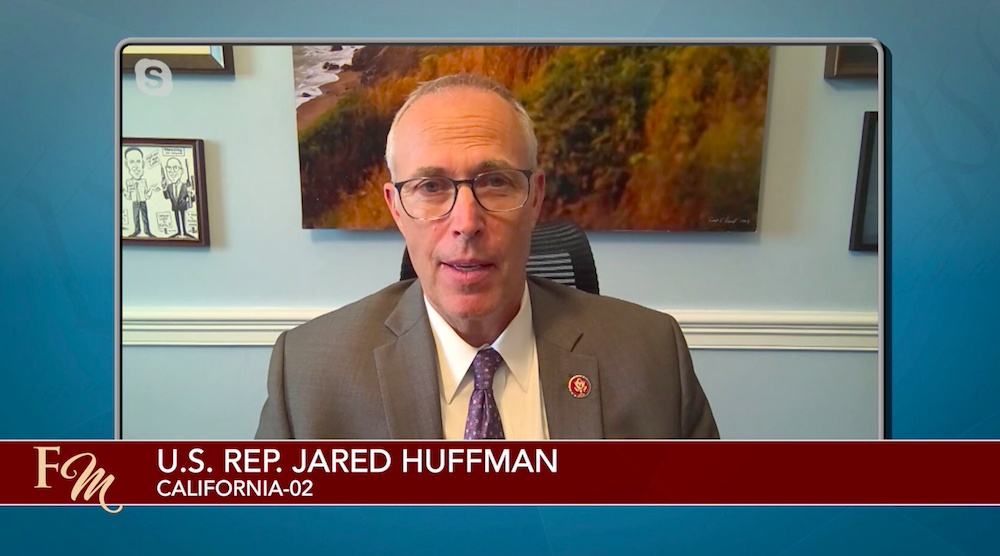 How hate has entered the mainstream
We organized a discussion on our “Ask an Atheist” Facebook Live feature about how hate has entered the mainstream. Southern Poverty Law Center’s Rachel Carroll Rivas joined FFRF Co-President Dan Barker and FFRF Director of Governmental Affairs Mark Dann to discuss her group’s “Year in Hate and Extremism Report.” 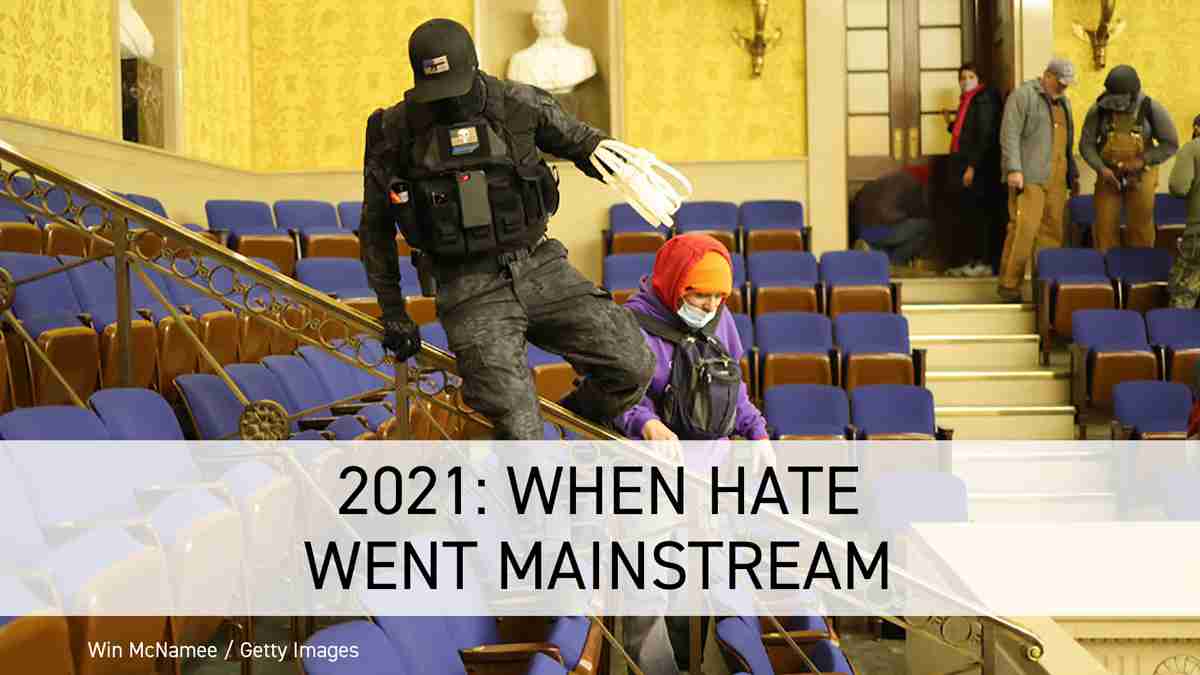 Keeping watch over the Supreme Court
We keep a close eye on the Supreme Court, and this week was no exception. You’re what’s eroding court credibility, we told Justice Clarence Thomas after he tried to brazenly dismiss conflict-of-interest concerns over his wife’s involvement in attempts to overturn the 2020 presidential election. Contrarily, we complimented the Supreme Court for getting it right with a ruling on mandatory military vaccines (with Thomas, not surprisingly, on the wrong side).  Annie Laurie remarks, “It would have been a true affront to our Constitution — and to common sense — had the Supreme Court required the Navy to place unvaccinated SEALs in submarines.” 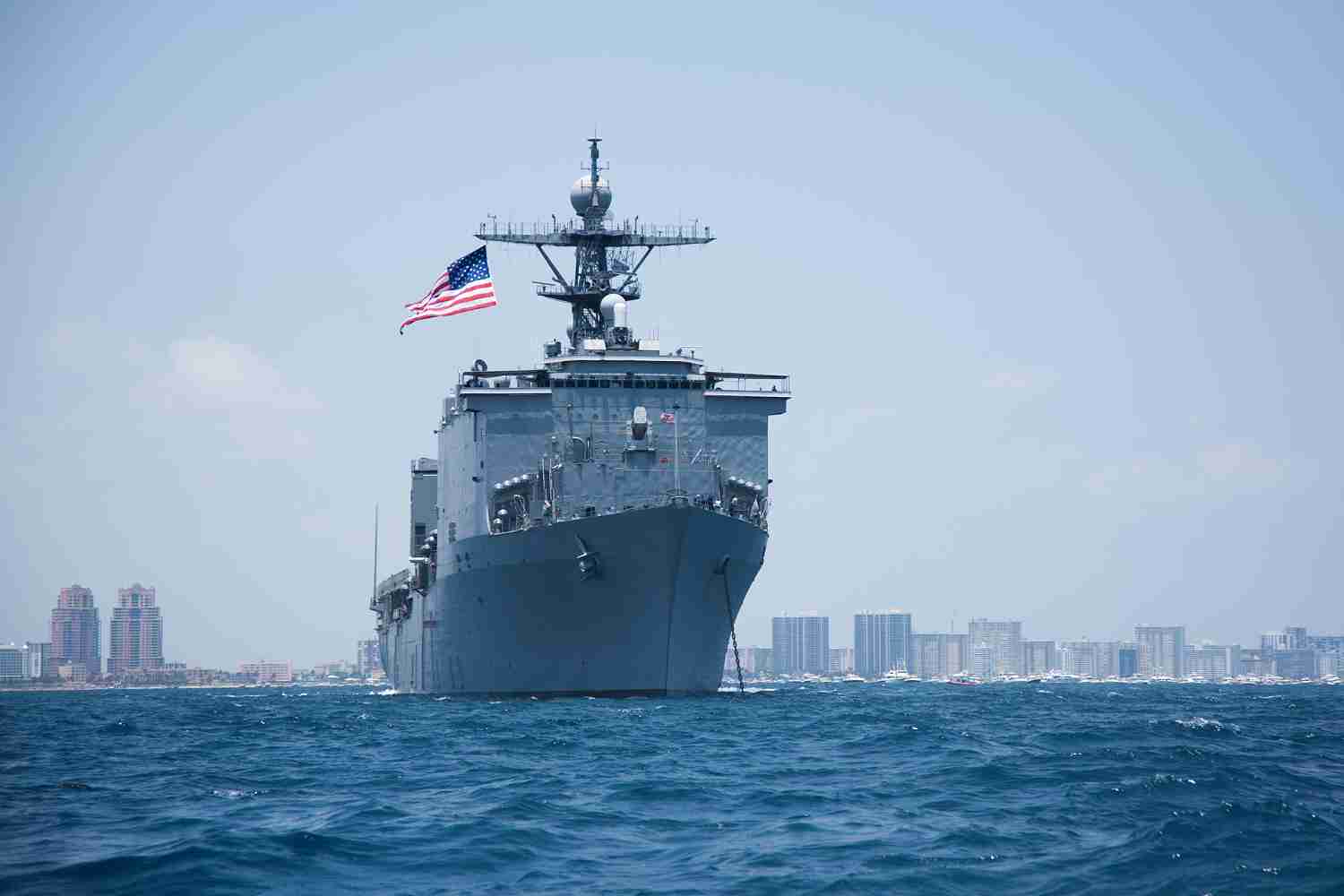 We’re getting media attention
FFRF made it into the Washington Post again this week. And we have called out three school boards in the Colorado Springs area that are violating the Constitution — and have garnered press coverage in all of these instances.

“‘Something special is happening on Colorado Springs’ school boards, and it’s troubling, says Chris Line, a staff attorney for The Freedom From Religion Foundation,’” states a story in a local publication. “The national foundation that advocates for the separation of church and state has been busy in the Springs area over the last two weeks, responding to more than a dozen complaints that allege local school board members are using their positions to promote Christian beliefs, Line says. He’s sent three separate letters to the boards of Colorado Springs District 11, Academy District 20 and Falcon’s District 49 since March 16, after a handful of board directors — all of them elected as a conservative force in November 2021 — were believed to have crossed the line separating church and state. ”

The wonders of the “Cosmos”
Chris appeared on our radio show this week to update us on the many state/church complaints and victories he has been handling around the country. Then we heard author, educator and Emmy-winning producer of the “Cosmos” TV series Ann Druyan (along with her daughter Sasha Sagan) as she accepted FFRF’s “Emperor Has No Clothes” award at our Boston convention last year. 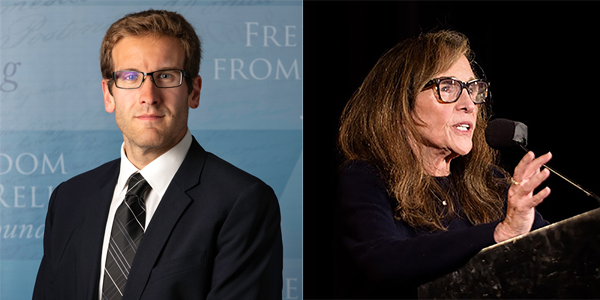 No assembly required
Chris has written a highly readable blog on religious entities infiltrating public school assemblies, tying his childhood memories to the phenomenon. “Speaking to a captive group of young students in a public school is a special privilege — a privilege that should not be abused,” he concludes. 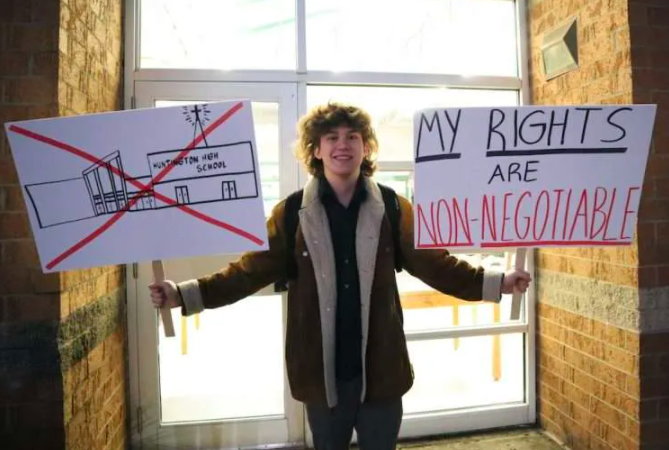 Our successful hospital consult
We persuaded a city-owned hospital in Tennessee to take down religious social media posts. “Both of the postings that you referenced were removed shortly after receipt of your letter,” the hospital’s legal counsel replied in a recent email after giving us a patient hearing. We’re always glad to be available for consultation. 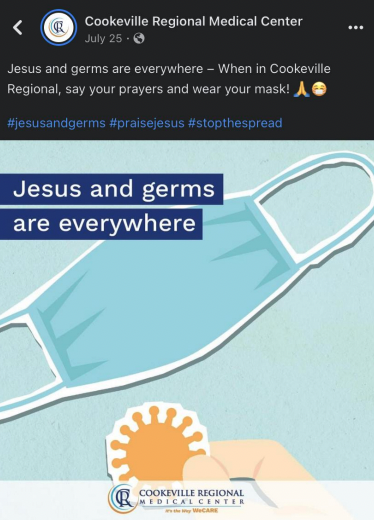 Spotlighting governors
Different governors have received widely differing reactions from us recently. We praised Utah Gov. Spencer Cox for wisely vetoing a bill banning transgender athletes (even as we condemned religiously motivated legislative transgender bans in other states). And we advised Florida Gov. Ron DeSantis — the religious archconservative who has signed an egregious “Don’t Say Gay” bill  — that he should stop saying “God” and inserting religion into government. 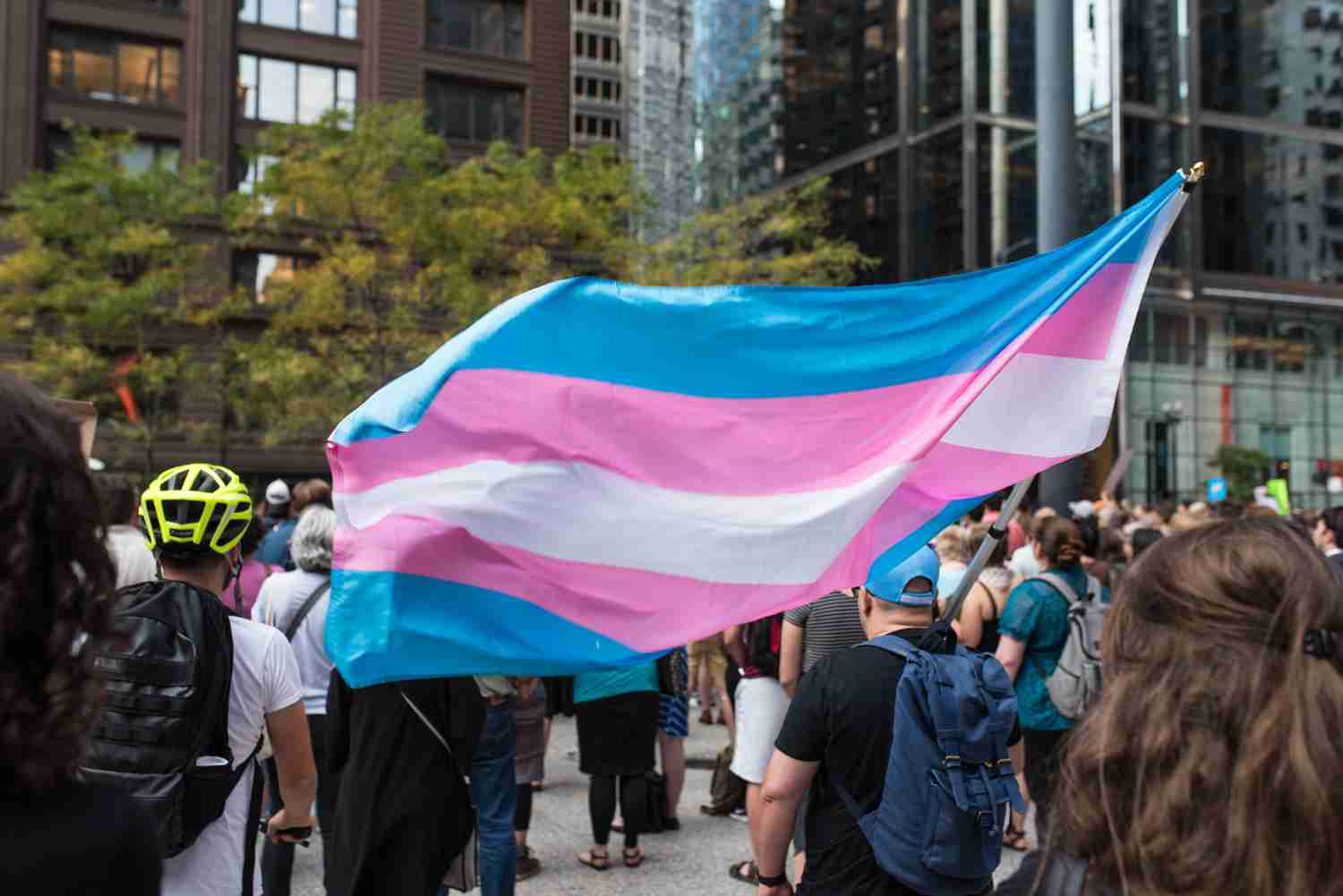 Join us in our fight for reproductive rights
The recent state-level abortion restrictions — with religion as the underpinning — are alarming us. That’s why we need your help more than ever. Please sign up for Action Alerts so that you can join the tens of thousands of secular activists who are speaking up to keep religious dogma out of U.S. laws and social policy. 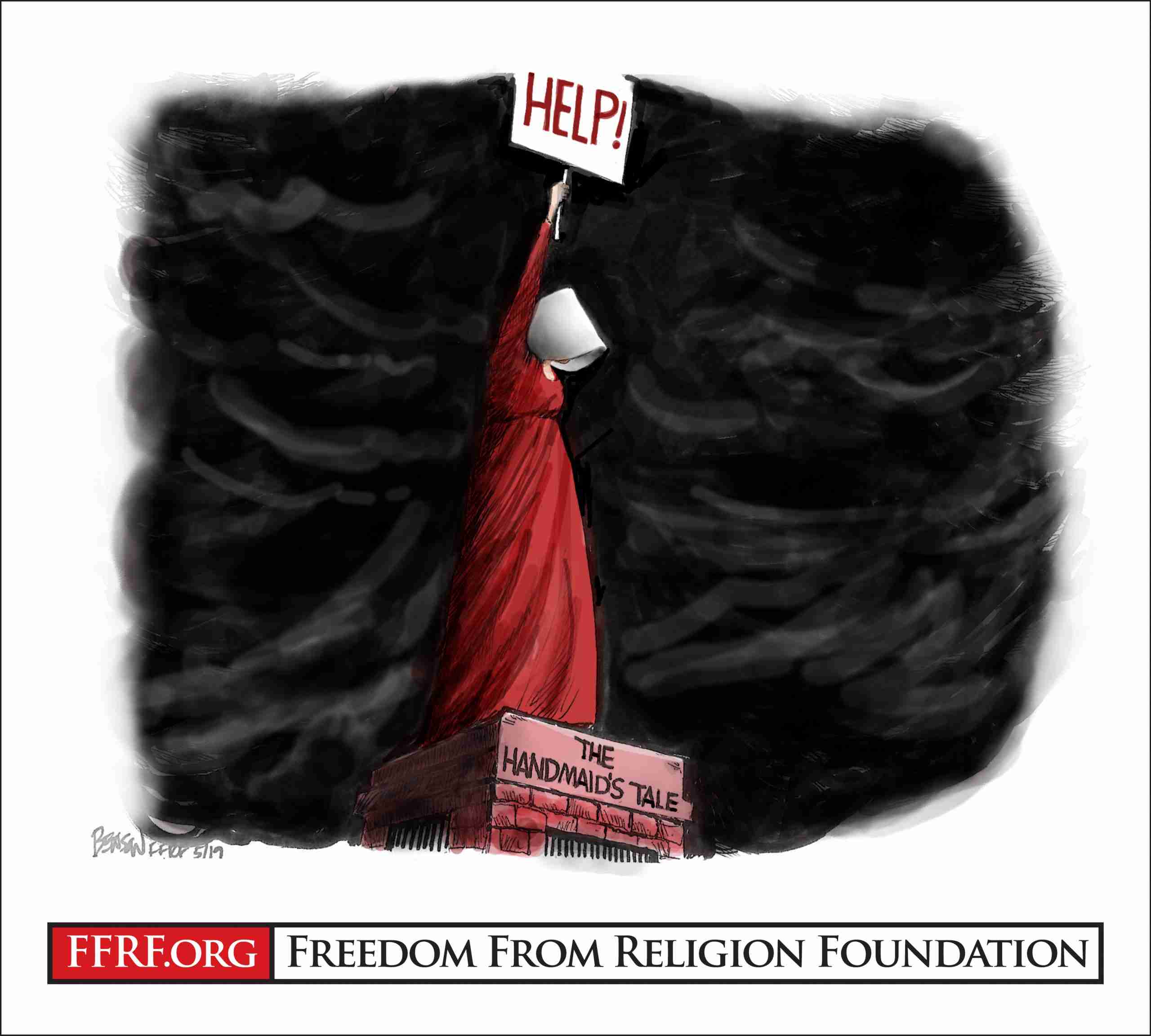 How abortion restrictions jeopardize domestic abuse victims
The abortion bans have wide-ranging negative repercussions, since they further threaten victims of domestic violence, as FFRF Contributing Writer Barbara Alvarez points out in her column this week (using Poland as a cautionary example).

“Let’s use our secular voices (and votes) to stand up against anti-abortion laws,” she concludes. “They only boost the control of abusers.” 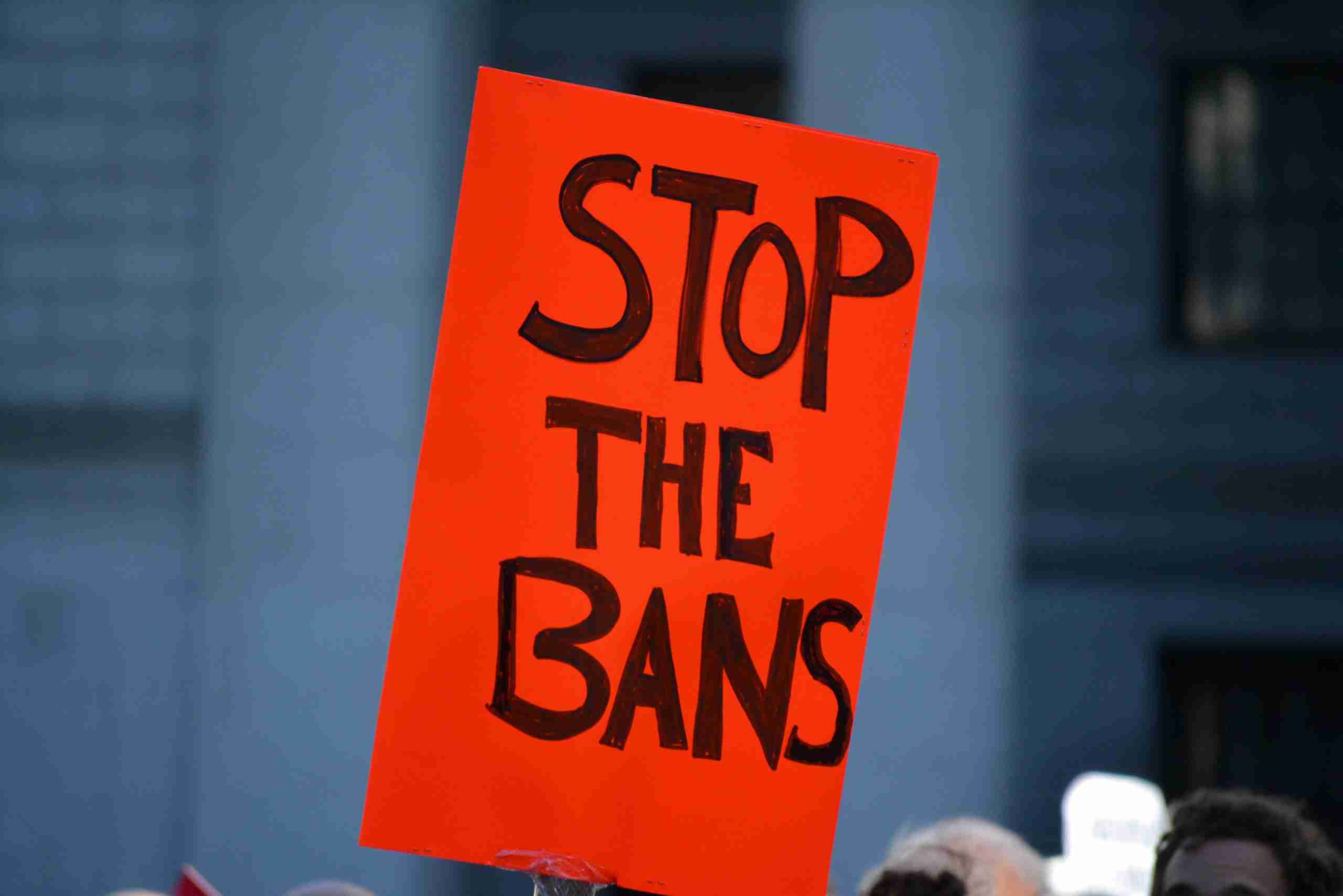 An unlikely tale of a homeless woman and two “godless” five dollar bills
Annie Laurie writes a seemingly improbable personal tale of how she came into possession of two “clean” godless five-dollar bills. Read on to learn the full story. 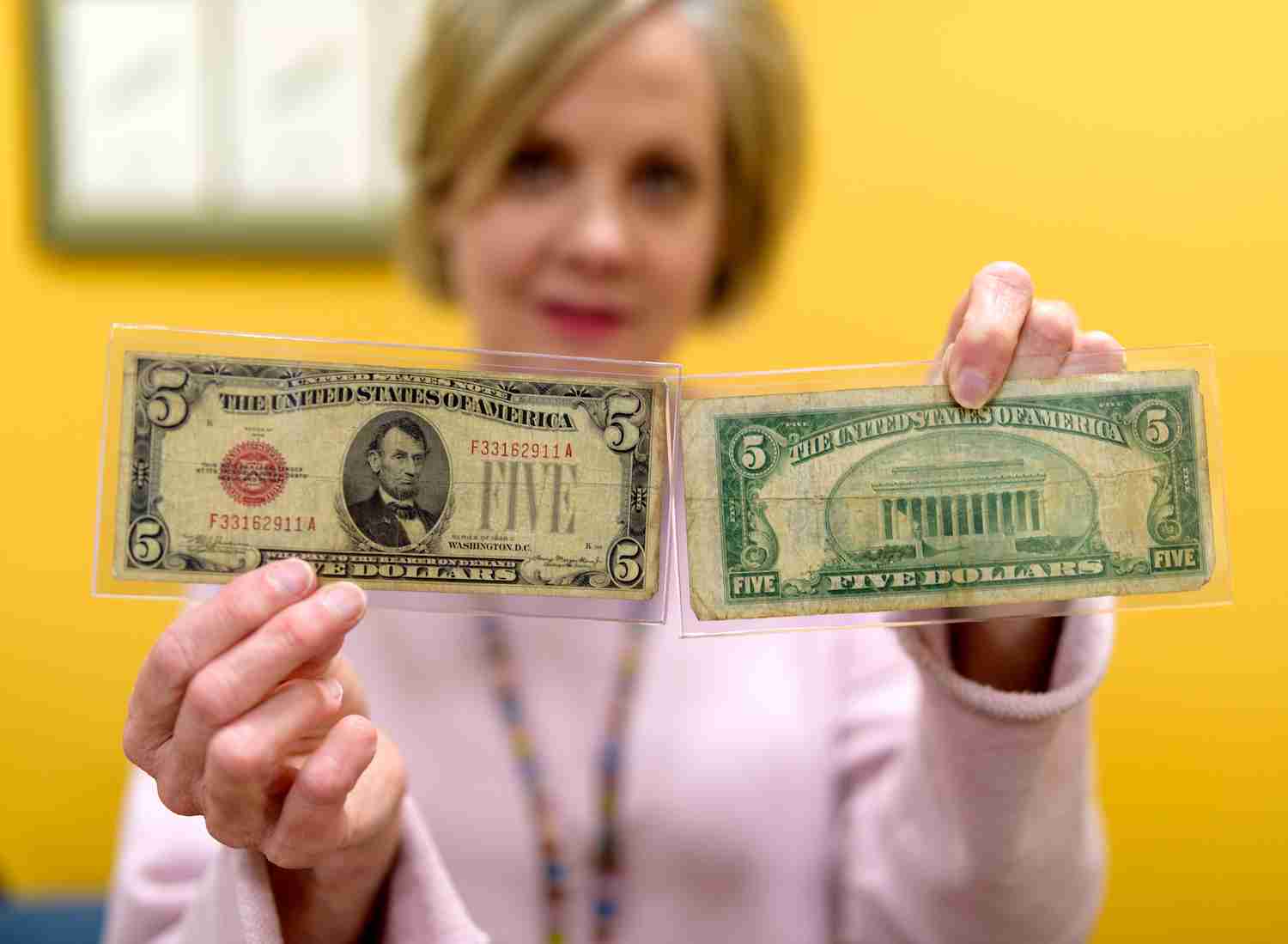 How do you figure out right and wrong?
Veteran freethinker and writer Jim Haught also has a personal blog this week about the difficulty of making absolute moral judgments. “The problem with proclaiming a universal truth is that someone, somewhere, lives by an opposing standard,” he concludes. 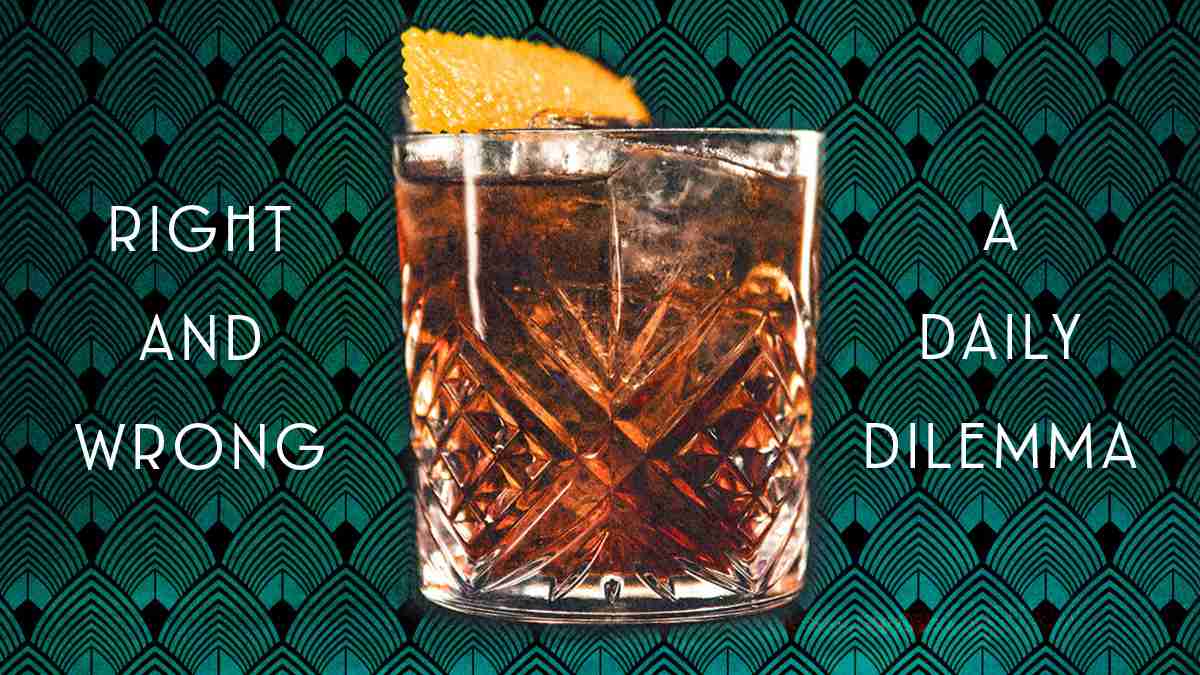 The personal and the political — we’re able to take it all on only due to your generous backing.