Skip to content
PrevPreviousMore states are banning abortion — what you can do
NextWeekly Wrap: A student campaign, successful lawsuit, and Christian nationalismNext 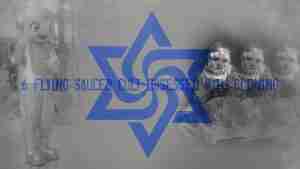 During my years as an investigative reporter, the oddest religion story I covered involved a flying saucer cult’s attempt to clone a human baby in my hometown of Charleston, W.Va.

The project was halted by the U.S. Food & Drug Administration. The sect later claimed to have cloned a dozen babies around the world, but scientists and authorities doubt it, and the truth remains unknown (except to the cultists).

The group is the Raelians, founded by a French car racing writer who says he was visited by space aliens called the Elohim aboard a spacecraft at a French volcano in 1973. The visitors supposedly took him flying around the solar system, introduced him to past prophets and advocated free love. Ancient Elohims supposedly came to planet Earth thousands of years ago and created all life by cloning. They chose Rael to bring their message of peace, harmony, cloning and sex to the human race, he said. Rael attracted many followers. The organization claims 130,000 in 120 nations, but nobody else is sure.

The Raelians started a cloning operation called Clonaid and promised to recreate dead children for grieving parents. A Charleston lawyer paid $500,000 for Clonaid to make a copy of his lost son, by inserting his DNA into a fertilized egg to be borne nine months by a surrogate mother. The sect opened a small lab in the Nitro suburb of Charleston.

The FDA sent an inspector, who ordered the lawyer to halt the lab. (I don’t know if he got any of his money back.)

A year later, in 2002, Clonaid announced publicly that it had cloned the first human baby girl and that four more clones would soon be born. Biologists and politicians erupted with alarm. They warned that many cloning experiments with animals end in failure and cited the danger of producing a deformed or suffering person. A government ban was threatened, but it stalled. “Saturday Night Live” spoofed the cloning claim.

Clonaid promised to display the cloned children and provide other proofs of the success — but constantly broke the promise. Authorities began speculating that the cloning claim was bogus. “It just doesn’t ring true,” the head of Britain’s science research Roslin Institute said. Others called it “double-talk.”

Raelians began selling an “embryonic cell fusion device.” CNN Money listed it among the “Dumbest Moments in Business 2003,” saying the machine was “a $9,220 contraption that … well, nobody’s quite sure what it does.”

Clonaid announced still more clone births, to a total of 13 by 2004. Since then, not much has been heard of them.

That was 20 years or so ago. The clones would be adults now — if they exist.

Religion takes strange forms. The Raelians — with their Elohim and human cloning — are among the weirdest.

James A. Haught, syndicated by PeaceVoice, was the longtime editor at the Charleston Gazette and has been the editor emeritus since 2015. He has won two dozen national newswriting awards and is author of 12 books and 150 magazine essays. He also is a senior editor of Free Inquiry magazine and was writer-in-residence for the United Coalition of Reason.
All Articles by this author
PrevPreviousMore states are banning abortion — what you can do
NextWeekly Wrap: A student campaign, successful lawsuit, and Christian nationalismNext