Skip to content
PrevPreviousKooky officials, congressional gatherings — and our persistent struggle
NextHistory was critical to the Supreme Court’s decision in the Bladensburg cross case, so why did the court get so much wrong?Next

The U.S. Supreme Court decision affirming a massive public cross in Bladensburg, Md., was certainly disheartening, but we took comfort in Justice Ruth Bader Ginsburg’s dissent, especially since she referenced the same numbers and source that we keep on citing over and over again.

“To non-Christians, nearly 30 percent of the population of the United States (Pew Research Center, America’s Changing Religious Landscape 4 (2015)), the state’s choice to display the cross on public buildings or spaces conveys a message of exclusion: It tells them they ‘are outsiders, not full members of the political community,’” she wrote. 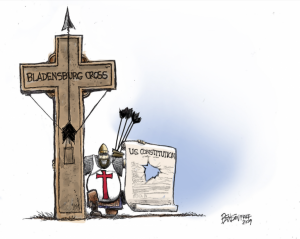 In our “Newsbite” segment, FFRF Director of Strategic Response Andrew Seidel explained how flawed the decision was — and how we won’t let it deter us. 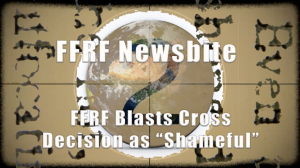 Andrew also crafted columns for Rewire News and Slate exposing the illogic of the judgment.

Justice Samuel “Alito’s majority opinion is bereft of both principle and reason, in the intellectual and legal senses,” he wrote for Rewire.

“The most alarming aspect of Alito’s hostility argument is that it solidifies that privilege of the current majority in perpetuity,” he penned for Slate.

On our radio show, we discussed the Supreme Court decision, and then chatted with author and screenwriter Chris Matheson, most famously of the Bill & Ted movies (with a new one coming out next year), about his video “God’s Art Museum” and about his upcoming book, The Buddha’s Story.

FFRF attorney is chosen to be statewide head
There were a number of recent bright spots to counter the Supreme Court downer. FFRF Senior Counsel Patrick Elliott was chosen president-elect of the Civil Rights & Liberties Section of the State Bar of Wisconsin. The State Bar is, of course, the organization of lawyers in the Badger State. “There can’t be a better-qualified person to lead a state-level organization’s work in such an important field,” says FFRF Co-President Annie Laurie Gaylor. 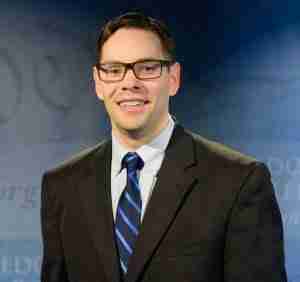 “We humanists agree with Founding Father Thomas Paine, who stated: ‘My country is the world. My religion is to do good,’” Dan concluded his piece. “We aim to spread human-based morality all over the world so that reason, not dogma, will prevail on this Earth.” 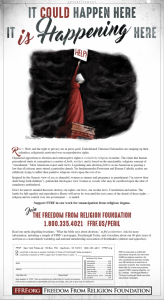 Our New York Times ad issues a dire warning
We published a full page ad in The New York Times proclaiming that abortion rights can only be secured by honoring the separation of state and church. The dramatic ad depicting a stark image of the Statue of Liberty transformed into a “Handmaid” was drawn by Pulitzer Prize-winning cartoonist Steve Benson.

We’re living in an Atwoodian nightmare.

Speaking of which, a number of FFRF staffers (most dressed in Handmaid costumes) showed up at the Wisconsin Capitol on Thursday to protest an anti-choice rally. The media took notice.

Keep an eye out for our TV show in the fall
Our “Freethought Matters” TV show is gearing up for its fall relaunch. It’ll be in major cities immediately after Labor Day. We’re taping three shows over the next few days, the first with the founders of Hispanic American Freethinkers (David Tamayo and Hypatia Alexandria), followed by a chat with bible scholar Hector Avalos. Then, we interview the notable scholar/author Ibn Warraq, whose classic book is “Why I am Not a Muslim.” Stay tuned for the show schedules. 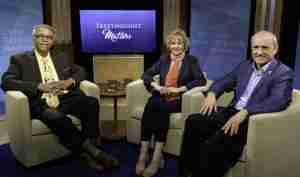 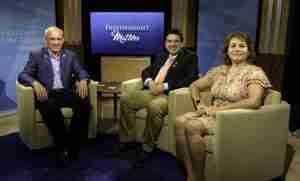 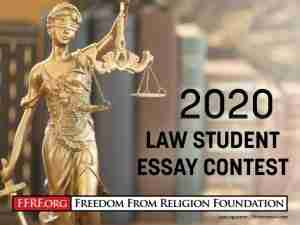 We helped initiate an investigation
We obtained a victory when our complaint against a blatantly divisive Tennessee district attorney prompted an official investigation. “We hope and trust that the investigation will be carried to its logical culmination,” Annie Laurie remarks.

“We have full confidence in the legal merits of our challenge of the discriminatory pastoral housing allowance privileges,” the Religion News Service quoted us. “We did not feel the same confidence, however, in how the current Supreme Court would rule in our case, had we appealed. After ‘counting heads,’ we concluded that any decision from the current court would put the kibosh on challenging the housing allowance for several generations.”

What an inappropriate chair!
We had to spend some time spotlighting constitutional scofflaws. Unfortunately, one such dude is now heading an important U.S. constitutional body. Tony Perkins, a notorious anti-LGBTQ, anti-atheist and anti-Muslim hatemonger (and president of the Family Research Council), has been announced as the chair of the U.S. Commission on International Religious Freedom. “It is ironic that someone who is so widely known for intolerance outside of his brand of American Christianity would be authorized to defend religious freedom internationally,” comments Dan.

Don’t have such official gatherings
We zeroed in on an exclusionary official gathering, advising two Redding, Calif., officials against hosting future faith-based government events. “In its letter to [California state Sen Brian] Dahle and [Redding Mayor Julie] Winter, the Freedom From Religion Foundation said the politicians’ Faith & Values Town Hall, held at Little Country Church on June 13, was ‘divisive, inappropriate and projected an intent to deliberately discriminate against non-Christians,’” the local paper reports.

On our “Ask an Atheist” Facebook Live feature, we talked about another wearing-religion-on-the-sleeve local official, this time in Wisconsin. Dan and FFRF Staff Attorney Ryan Jayne discussed how FFRF is advising a Wisconsin school district to take action against a proselytizing board member who preached at a high school graduation ceremony — and delved into the broader issue of the constitutionality of prayer at graduations. 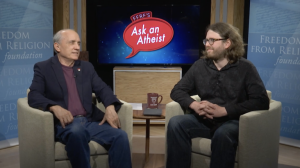 Bad state laws and judicial appointments
We also denounced a recent Alabama law that gives a church the authority to have its own police force. “The new law is unwise, unconstitutional and unnecessary,” Dan asserts. And we asked you all to help stymie a horrible federal judicial appointment.

After all, it is only due to you and your backing that we’re able to navigate each and every one of the ups and downs of such weeks.

All Articles by this author
PrevPreviousKooky officials, congressional gatherings — and our persistent struggle
NextHistory was critical to the Supreme Court’s decision in the Bladensburg cross case, so why did the court get so much wrong?Next