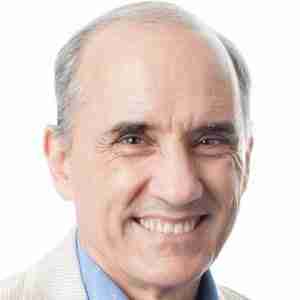 I just switched to a different life insurance company and am in that grace period when my previous policy, though cancelled, is still in effect for a few weeks. For a couple of minutes yesterday, I thought I was going to actually use the double coverage! Or, more accurately, Annie Laurie would have used it.

I was flying to Iowa to speak on college campuses about “Losing Faith in Faith” as part of a tour arranged by the Freedom From Religion Foundation and the Secular Student Alliance (SSA). The weather was beautiful and clear when the plane left Madison, but as we approached Minneapolis there was dense fog on the ground. At the last instant, before we were to gently touch down, the pilot gunned the engines and steeply flew the plane back up above the clouds. What a shock! It reminded me a little of the thrust I felt on the California Screamin’ roller coaster with the grandkids last year. But not as much fun.

As we were banking up in the sunlight, the pilot announced that they had had to abort the landing because they were unable to see the runway in the dense fog. Plus, there was something wrong with the automatic controls. We passengers looked at each other with half smiles as he continued, “We are going to swing back around and try it again.”

They still couldn’t make visual contact with the runway. They didn’t try a third time. We flew to Sioux Falls, South Dakota and landed to refuel and wait for the Minneapolis weather to clear up. (This made one passenger very happy, since Sioux Falls was her actual destination.) While we were waiting, a press of new passengers got on the plane; their original flight to Minneapolis had been cancelled due to mechanical failure. The guy who sat down next to me was feeling very lucky until I told him what had just happened.

The weather was better and we landed just fine in Minneapolis on the third try. I remember thinking morbidly, “Well, I don’t get to cheat the insurance company today.” I’m sure we were not in very much danger, under the control of those trained pilots. Nobody was crying or screaming. We all took it in stride. But I also noticed that nobody said anything about God or Jesus. As far as I could see, no one was praying, and that idea certainly never crossed my mind. The only gratitude I felt was to the pilots, and I stopped for a couple of seconds to nod and say “Thank you” to the captain as I exited the plane. He nodded back and said, “Thank you!”

I also wanted to thank him for not passing out prayer cards, like Alaska Airlines has just stopped doing, but there was no time for that.

I missed my 10:10 connection to Des Moines, so they rescheduled me on the 1:15 flight, which would still allow plenty of time to pick up the rental car and make the hour-long drive to Central College in Pella, Iowa, where the students had rented the recital hall for my 7:00 talk. But as I was walking toward the gate, I saw on the monitors that that flight had just cancelled! So I went to the desk to ask about rescheduling again, and they told me that the 3:05 flight was full, and they had booked me on the 7:00 flight, but I would get to fly first-class. “That’s impossible,” I said. “I will arrive after my talk is over! Can I try standby on the 3:05 flight?” She told me that there was already a list of standby passengers for that flight, due to the delays and cancellations. But then she looked at my ticket and noticed that I am a Platinum Medallion member with Delta Airlines (a status you get if you fly more than 75,000 miles in a year), and she smiled and told me she could put me at the front of the list.

While I waited, I emailed the students in Pella to warn them that I might not make the event. The 3:05 flight started boarding, and it indeed looked full, with a gaggle of us hopeful standby passengers waiting to the side. At the last moment, one seat was still open, and they called “Passenger Barker to the podium.” As I took that last seat, I called Kendra, the student organizer of the Secular Student Alliance club at Central College, and told her that “The good Lord has been looking out for me! I’m on the plane!”

I made it to the campus before 6:00, in time for a fun dinner with students and faculty advisors. They told me that this was a big event for them, and that it had prompted a lot of controversy. Central College is a religious school, affiliated with the Reformed Church of America, and the campus is positioned in a predominantly Christian town in the center of the country (hence, Central College). The activities of the brand-new Secular Student Alliance freethought club, made up of atheists and agnostics, were being closely watched. The posters for my event were being ripped down by students. In fact, the day before the event, the SSA students had to replace all the posters four times! Some of the faculty and administrators were wondering what kind of confrontational, acerbic, strident and intolerant talk their campus was in for, given by a prominent atheist invited by secular students.

The Cox-Snow Recital Hall was nicely populated, nearly full. The student organizers were thrilled that their very first public event would attract such a crowd. At least half of the audience were Christian students, and there was also a good number of faculty present.

I don’t think there is a purpose of life—and I said that during the talk—but I have to say that for me, having been a preacher and loving public speaking and performing so much, when I was on that stage, I felt almost like I was “born to do this.” (I think there is purpose in life, not purpose of life.) They had rolled a beautiful concert grand piano to the center of the stage, so instead of launching directly into a lecture, I sat down and played “Beware of Dogma,” “You Can’t Win With Original Sin,” and “Blood Brothers.” The crowd was polite. They applauded after the music. I told my story of deconversion from preacher to atheist, with all the reasons why I changed my mind, and the reactions from friends and family. They laughed a lot. I complimented the freethinking students for forming a club on campus, since nonbelievers currently represent the fastest-growing segment of American “religious” identity. Ninety minutes later, after questions from the audience, I ended with the song “It’s Only Natural.”

When it was over, the president of the college, Dr. Mark Putnam, came up to say hello and shake hands. He must not have been too uncomfortable with the “controversial” event since he stayed through the entire evening. We both agreed on the importance of having a diversity of viewpoints at an institution of higher education. The students who had torn down the posters do not represent the general feeling of the entire campus, where they are trying to foster acceptance of different beliefs and lifestyles. In fact, the SSA club will soon be participating in an “inter-faith” charity outreach alongside believers of various faiths.

As I was walking out to the parking lot with Kendra, the president of the SSA club, she told me that the evening was immensely meaningful to everyone. She remembers the feeling she had when she first learned that she is not alone on campus, as an atheist in a predominantly religious environment. She knows that other students are now feeling the same thing. They don’t want to impose their views on other students: they simply want to be a part of the fabric of society. Last night, some of them felt like “we have arrived!” You could read the pride in their faces.

“Drive carefully,” she said, as I got in the car to head back to the hotel in Des Moines, knowing what kind of exciting day I had just had. Since there is no purpose of life—no “providence” keeping planes from crashing or schedules from conflicting—then it has to be adventures like this that provide the “meaning” in life, that make the roller coaster ride so much fun!

Dan Barker is co-president of the Freedom From Religion Foundation. A teenage Christian evangelist, he got ordained, pastored in three churches, and did missionary work in Mexico, had a musical ministry and graduated from Azusa Pacific College majoring in religion. Barker preached the gospel for 19 years before he “just lost faith in faith.” Now Dan is an advocate for reason and freethought. He has participated in more than 120 debates, including at Oxford University. Dan has authored seven books including: Godless: How An Evangelical Preacher Became One of America’s Leading Atheists with a foreword by Richard Dawkins; Losing Faith In Faith: From Preacher To Atheist; Life Driven Purpose: How an Atheist Finds Meaning with a foreword by Daniel C. Dennett; and God: The Most Unpleasant Character in All Fiction with a foreword by Richard Dawkins. He’s also written three freethought books for children including Just Pretend. He’s produced three albums of freethought music released by FFRF.
All Articles by this author
PrevPreviousSouth Dakota Legislature Wants to Bring Children to Atheism
NextAnthony Comstock livesNext