A capitol crime — Is nothing non-sacred? 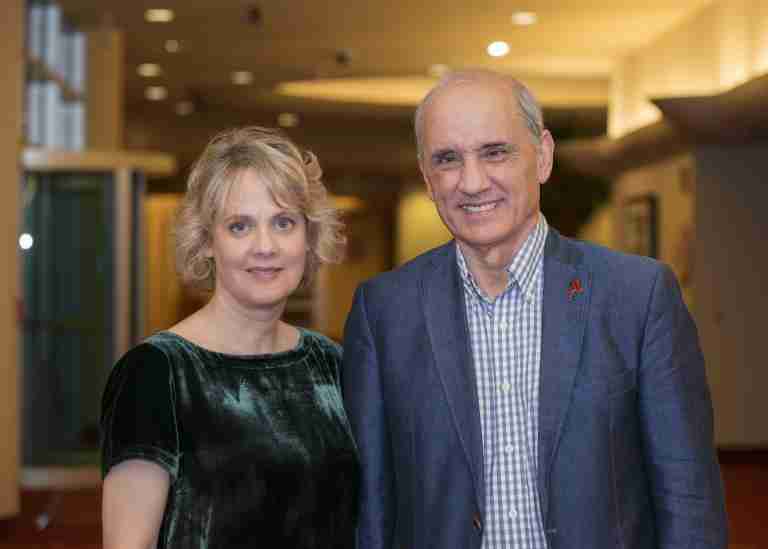 “We’re here on our soapbox to proclaim the good news of Jesus Christ.” So said the president and chief legal counsel of the Thomas More Society at a worship-drenched service Tuesday when the group and other religionists placed a nativity scene in the Illinois State Capitol for the sixth year in a row.

FFRF actually beat the Jesus warriors to the punch, by placing our own protest sign proclaiming “no gods, no devils” and urging “May reason prevail” on Saturday. We thank intrepid FFRF member Steve Foulke, who drove eight hours round trip to ensure that freethought and reason would be represented in the seat of Illinois government.

The coverage of the nativity display “ceremony” by the State Journal Register, Springfield’s newspaper, makes chilling reading. Julie Zanoza, chair of the Springfield Nativity Scene Committee, noted that the goal is to celebrate the “birth of Jesus Christ,” but secondarily to promote “private expressions of religious faith in the public square.”

Also participating in the prayerful event was the notorious Bishop Thomas Paprocki, of the Springfield Roman Catholic Diocese, who was introduced by Zanoza as a “pro-family warrior,” a.k.a. homophobic anti-marriage equality activist.

Why call Paprocki “notorious”? There’s no other word to describe the faith head who held an “exorcism” on Nov. 20 to protest same-sex marriage being signed into law in Illinois. (Officially, it was called “Prayers of Supplication and Exorcism in Reparation for the Sin of Same-Sex Marriage.”) As auxiliary bishop in the Archdiocese of Chicago, Paprocki once said “none other than the devil” was behind sexual abuse lawsuits against the church. Was it the devil that also made Paprocki propose that courts shield the church from litigation over negligence and abuse?

At the ceremony, Paprocki preached that gay couples must have a true definition of love, and that the truth is not a thing but a person – Jesus Christ.

The “baby” being worshipped in the Illinois Capitol is intended as a political threat by the Religious Right of it power and influence.

On the same day in the Florida State Capitol in Tallahassee, a similar ceremony with a Protestant flavor (minus a resident exorcist) was replayed. For the first time in that Capitol, a nativity scene was placed with great fanfare. The Florida Prayer Network and fifth graders from a Christian school were present. The ceremony included prayers, Christmas carols and “a celebration of Jesus’ birth,” according to Associated Press reporter Brendan Farrington. Fortunately, the even-handed story  also reported on FFRF’s plans today to place our own “Bill of Rights Nativity” and Winter Solstice banner in the Capitol as well.

That group that so badly needs to focus on its own darn family is now pushing to place nativity scenes in every state capitol, and Florida’s nativity scene appearance is a result.

Make no mistake. Placing nativity displays in capitols is a new and deliberate symbolic tactic, not just some overzealous show of piety by true believers. It’s a premeditated and territorial attempt to commandeer secular property for religious purposes, to create yet more precedent blurring the line between church and state, worship and law, dogma and politics.

The seat of state government, contrary to the Thomas More society, isn’t a “soapbox,” much less an appropriate place to “proclaim the good news of Jesus Christ” for a month. The seat of government ought to be non-sacred. There are approximately a zillion churches in America resting on tax-free land, but that’s not enough. No, the theocrats seek to turn our capitols into de facto churches where political myrmidons will faithfully insert dogma into our civil laws. Watch out!

Annie Laurie Gaylor is co-president of the Freedom From Religion Foundation. She co-founded FFRF in 1976 as a college student with her mother Anne Nicol Gaylor. She served as the editor of FFRF’s newspaper, Freethought Today, from 1985-2009. She became FFRF co-president with Dan Barker in 2004. Annie Laurie has authored three books for FFRF: Woe to Women: The Bible Tells Me So; Woe to Women: The Bible Tells Me So; and Women Without Superstition: “No Gods – No Masters”, the first anthology of women freethinkers.
All Articles by this author
PrevPreviousSetting the record straight on Fox’s war on facts
NextGood AtheistsNext