Skip to content
PrevPreviousSo many hostile aquatic creatures!
NextWhere the personal is the politicalNext

In Memoriam of a “Fighting” Attorney General 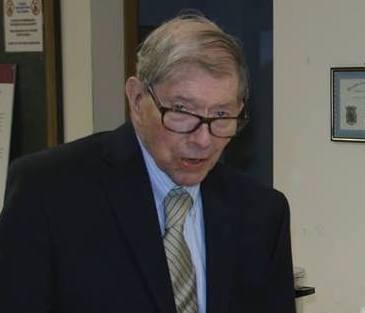 It seems we student reporters were incessantly encountering media access violations. With great relish, practically rubbing his hands together with glee, one of our editors, upon learning of yet another denial of free press rights, would go to the phone, dial the attorney general’s office (this was the 1970s, so, yes, we dialed) and chummily ask to speak with “Bronson.” In my recollection, perhaps tinged with some exaggeration, Bronson was almost always available at the other end, ready to use his powers to defend the rights of the people.

Soon, I had my own highly satisfying experience with La Follette’s exceptional civil service. Through my mother, Anne Gaylor, who was the volunteer director of an abortion fund/referral service, I became aware that the then-governor, Lee Dreyfus, had intimidated University Hospitals, a public hospital in Madison, into denial of legal abortion care, which, at this hospital, usually involved fetal abnormality or health endangerment of the pregnant woman.

In writing an article about the dire situation, I phoned the attorney general’s office seeking comment and clarification of the law. The underling taking my call transferred me, I thought, to an assistant AG. Instead there Bronson was, on the other end. I swallowed my awe and briefly explained the situation as La Follette quietly listened. He then roundly declared the action illegal. explaining he would ask the hospitals officials to restart the care. And he did! My story announcing that abortion care had resumed was the front page article. It was my first real taste of the fruits of investigative reporting and advocacy journalism. The managing editor at our weekly staff meeting embarrassed me by holding up the copy with my story. It was a proud moment. I owed it to our attorney general’s commitment to the law.

My mother, a well-known feminist activist, and I had already co-founded the Freedom From Religion as a regional group, and it would soon become a beneficiary of Bronson’s clear-eyed commitment to the law. In response to FFRF complaints, La Follette issued an opinion declaring that prayers before UW Badger events were unconstitutional. We were thrilled. It became clear that Bronson followed a freethinking family tradition. He was a “kindred non-spirit.”

When he retired as attorney general, Bronson became a part of the prestigious firm of La Follette Sinykin, founded by Bronson’s uncle, Philip, a former governor. Bronson had quite the illustrious family history. His dad, Robert Jr., was a United States senator and his grandfather was the legendary “Fighting Bob” La Follette, governor, senator and founder of the Progressive Party and The Progressive magazine.

In 1989, my mother happened to bemoan, in a phone conversation with Bronson, the action by the new attorney general (who was no Bronson La Follette), Donald J. Hanaway, to sign the state of Wisconsin on to an amicus brief asking the U.S. Supreme Court to essentially overturn Roe v. Wade. In Wisconsin. This was a special insult and threat because our Legislature has refused to remove the anti-abortion laws from the books, which call for criminalizing women who have abortion and physicians who perform them.

Bronson pointed out that Wisconsin law requires the attorney general to either be ordered by the Legislature or the governor to sign onto legal briefs, and noted this was not the case. My mother, as director of the Women’s Medical Fund, represented by attorney Norma Briggs (a feminist and FFRF member), immediately sued Hanaway. Despite some public naysayers, Anne and Norma prevailed in the litigation. Hanaway was forced to contact the Supreme Court and withdraw Wisconsin’s name from the brief. It was a particularly sweet victory. Score another point for justice, thanks to a tip from Bronson La Follette.

My mother quickly hired Bronson to take some of FFRF’s early cases. We were excited to win the first round of a lawsuit in state court, blocking the state of Wisconsin from granting $100,000 to assist building a center, with no strings attached, at St. Norbert Catholic College in DePere, Wis., in a lawsuit filed in 1989. The funding was part of a budgetary maneuver, and no public hearing was ever held. A photograph of the plaintiffs, who included self-described “unabashed atheist,” pioneering educator and feminist Connie Threinen, a longtime FFRF member, was taken, appropriately, in front of the bust of Bronson’s granddad, “Fighting Bob” La Follette. 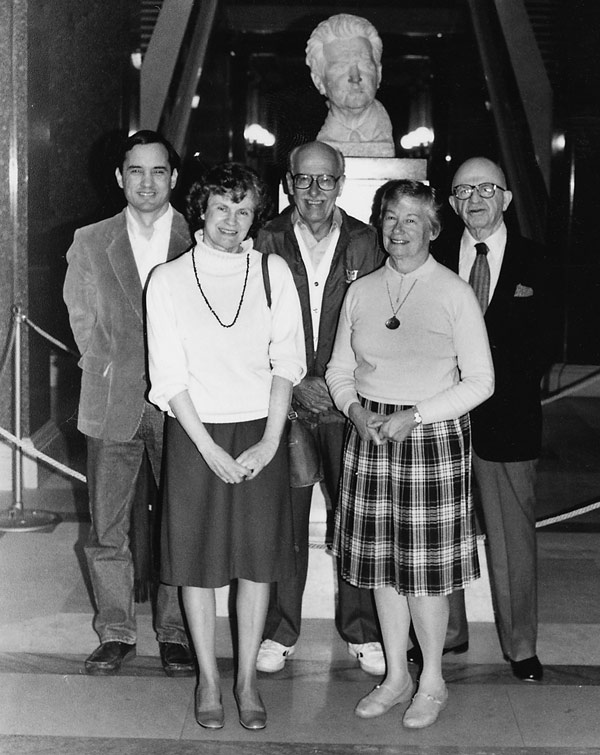 In 1990, FFRF won at the Dane County circuit court level. Judge Robert Pekowsky ruled that the legislation did not contain necessary safeguards to assure that the taxpayers’ compulsory donation would be used only for nonreligious purposes. The articles and bylaws of incorporation for the “Norbertines” provide that it is “to be operated within the context of the teachings and doctrines of the Roman Catholic Church.” In September 1991, a state appeals court overturned the St. Norbert’s victory, and in 1992, the (Catholic-dominated) Wisconsin Supreme Court refused to hear the appeal.

In early 1991, La Follette represented FFRF’s two brave local plaintiffs, Joe and Patricia King, in challenging a lighted nativity scene in a public park all by itself with no “secular trimmings” in Waunakee, Wis., that was stored, lighted and maintained by the town. There were many threats and the Kings became persona non grata. FFRF appealed a decision calling the creche a “secular” symbol in 1992. In 1994, the Wisconsin Supreme Court, unbelievably, upheld the creche, saying the Constitution required it to “protect the rights of the majority.” (Chief Justice Nathan Heffernan, in his dissent, noted disapprovingly that “Waunakee pays homage to one faith.”) As a result of these experiences, the Freedom From Religion Foundation, with one rare exception, no longer takes lawsuits in state court in Wisconsin. But Bronson did his best, which was very good, and we should have won both cases. He was not just a hired hand, but cared as passionately as we did about the separation of religion and government.

Bronson and his commitment to justice and equal protection of the law are remembered with fondest respect.

Annie Laurie Gaylor is co-president of the Freedom From Religion Foundation. She co-founded FFRF in 1976 as a college student with her mother Anne Nicol Gaylor. She served as the editor of FFRF’s newspaper, Freethought Today, from 1985-2009. She became FFRF co-president with Dan Barker in 2004. Annie Laurie has authored three books for FFRF: Woe to Women: The Bible Tells Me So; Woe to Women: The Bible Tells Me So; and Women Without Superstition: “No Gods – No Masters”, the first anthology of women freethinkers.
All Articles by this author
PrevPreviousSo many hostile aquatic creatures!
NextWhere the personal is the politicalNext