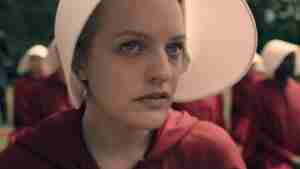 It is almost beyond belief.

The week after the debut of a chilling new miniseries based on Margaret Atwood’s cautionary “The Handmaid’s Tale,” President Trump had the audacity to appoint an anti-abortion activist who claims “contraception doesn’t work” to run a federal family planning program.

“The Handmaid’s Tale,” a depiction of female reproductive servitude, warns that the revocation of civil liberties can happen so gradually it may not be noticed until it’s too late. With Trump’s new pick, it’s time to notice and take alarm. This appointment ought to create a national outcry.

Teresa Manning, an attorney who formerly lobbied for the National Right to Life Committee, will serve as deputy assistant secretary for population affairs at the Department of Health and Human Services. This office administers Title X, which funds contraception, Pap smears and other preventive health care services for 4 million low-income Americans, according to Huffington Post.

She has called abortion a “legalized crime” and termed the morning-after pill (which prevents implantation of pregnancy for up to three days after unprotected sex) “the destruction of a human life already conceived.” She continues to spread the lie that there is a link between abortion and breast cancer.

Marjorie Dannenfelser, the president of the anti-abortion Susan B. Anthony List, is gloating over Manning’s appointment, calling it “another indication of the dramatic change we’ve seen in Washington since the election of President Trump.”

Perhaps the most dramatic change for the worse has been Trump’s new version of the global gag rule. Just like all Republican presidents since Reagan, Trump revived the order that bans foreign aid to family planning groups performing or actively promoting abortion as a family planning method. But Trump’s ban has gone a step further, imposing the gag order not just on family planning groups but all global health organizations receiving U.S. funds, affecting 15 times as many agencies. So, for instance, if a clinic dealing with a woman who has been exposed to the Zika virus were to give her information she requested about abortion, it would risk loss of funds. That Trump issued this ban the day after the largest demonstration for women’s rights in U.S. history simply adds insult to injury.

As has White House Press Secretary Sean Spicer. At his very first briefing in January, Spicer told reporters Trump had “made it clear that he’s a pro-life president. He wants to stand up for all Americans, including the unborn.” Clearly, not “all Americans.” The majority of the U.S. population that is female and whose reproductive rights the president is trampling on are excluded from the new administration’s vision of America. Shades of “The Handmaid’s Tale.”

Annie Laurie Gaylor is co-president of the Freedom From Religion Foundation. She co-founded FFRF in 1976 as a college student with her mother Anne Nicol Gaylor. She served as the editor of FFRF’s newspaper, Freethought Today, from 1985-2009. She became FFRF co-president with Dan Barker in 2004. Annie Laurie has authored three books for FFRF: Woe to Women: The Bible Tells Me So; Woe to Women: The Bible Tells Me So; and Women Without Superstition: “No Gods – No Masters”, the first anthology of women freethinkers.
All Articles by this author
PrevPreviousWe enjoy being in the spotlight
NextWe were quick on the drawNext